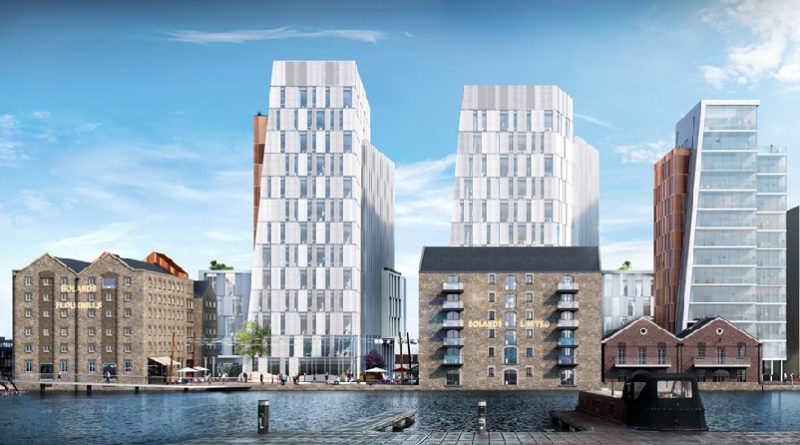 Google has secured a green light from planners to transform the ground floors of two of the towers at its €300m development at Bolands Quay into a market-place to facilitate local food and craft businesses.

Landscape architects, Gustafson Porter + Bowman said, “the market-place element will form part of a new public realm at Boland’s Mill which “will be a fully accessible series of streets and squares that connects the surrounding residential areas back into the fabric of the site and the newly accessible Grand Canal Dock Edge”.

The firm has already carried out projects at the Eiffel Tower in Paris, Park Central in Valencia and Marine One in Singapore. Work is continuing on the overall €300m scheme and as part of the new application granted permission by Dublin City Council, Google Ireland will increase the level of cafe, restaurant and retail use across all four major buildings at its Bolands Quay project.

Gustafson Porter + Bowman said the development at Bolands Quay “will bring new activities and people to a part of Grand Canal Dock that has remained dormant for already two decades”. The application didn’t attract any objection and in documents lodged with the city council.

John Spain & Associates, planning consultants for Google Ireland said the new marketplace use “will enhance the overall public interaction within the development and create a new urban quarter in the area”.

Mr Spain said “the marketplace will create a greater variety of experiences for visitors”. The plans envisage a new urban quarter for the Dublin 4 area.