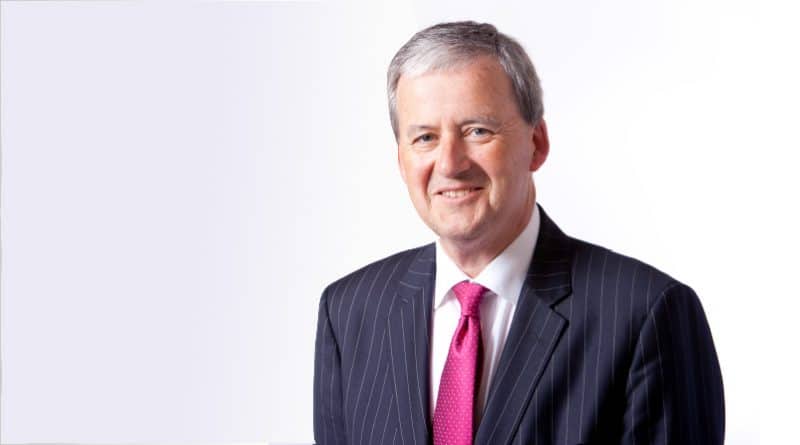 The speculative construction of new office space in Dublin has slowed significantly due to the shock to the market due to the COVID-19 outbreak, according to leading independent agent HWBC. Publishing its H1 2020 Office Review, HWBC argues that whilst there is a high level of uncertainty in the Irish commercial property market, a crash – as experienced in 2009/10 – is unlikely due to the lack of oversupply and the well-capitalised long-term investors who now underpin the market.

Following the shut down in March, the level of take-up in the first half of the year was 36% lower than the same period a year ago, at 1.1m sq ft, with a record level of demand in the first quarter offset by the market coming to a near standstill in the second quarter as potential occupiers delayed decisions due to the uncertainties posed by COVID-19.

HWBC expects take up this year to fall below 2m sq ft for the first time since 2012, with this reduced demand making developers increasingly nervous about delivering new supply unless it is underpinned by a pre-let commitment from a blue-chip tenant. Of the 5.5m sq.ft. of space under construction for delivery in the city centre over the next 3 years, more than half is already pre-let to tenants.

HWBC says rent levels for prime city centre office space were steady at €60 to €62 per sq ft, but gauging the market is tricky as there have been limited new rental agreements since the pandemic hit Ireland. Rent levels may soften by year end, which would be the first decline in rents since the bottom of the last cycle in 2011, after which rents more than doubled from a level of €30 per sq ft.

Whilst the declining demand is a concern for the sector, HWBC’s view is that the situation is structurally different from the last crash for two important reasons. First, unlike in 2009, the market is not in a position where large amounts of speculative supply is in the pipeline for delivery.

Secondly, the main owners in the current market comprise of large pension funds and institutional investors who are well capitalised and not under pressure to cut rents to let space quickly. This compares to a market in 2009 that was dominated by domestic developers and speculators who were backed by massive bank lending with little or no wriggle room to cope with a falling market.

Tony Waters, Managing Director of HWBC, said: “The effect of COVID-19 on the Dublin office market may push rent levels that had already plateaued over the last 18 months into decline for the first time following a nine-year run during which rent levels more than doubled. Notwithstanding current uncertainties, we are optimistic that a softer market is not going to be the precursor of a crash given that unlike 2009, there isn’t a glut of oversupply, and buyers are not loaded up on unsustainable levels of bank debt. With over half a million square feet of deals in active negotiation, and continuing strong demand from international technology firms for space, the COVID-19 impact in Dublin’s office sector is more likely a speed bump than a roadblock.”

Whilst there has been significant levels of commentary on the potential negative impact of the working from home trend on the demand for office space, HWBC believes this has been overdone. By far the largest driver of demand in the Dublin market – accounting for all 5 of the top lettings in H1 2020 – has been the technology sector, which even before the pandemic already allowed a large amount of flexibility to employees over where they worked. Large tech companies have typically operated at a 50-70% occupancy rate, and continue to expand in Dublin where they account for the bulk of the 500,000 sq ft of space currently in advanced negotiation for completion before year end.

Where working from home may have a bigger impact, is in the professional and financial services sectors which typically have operated on a 100% occupancy model, with all staff allocated a dedicated desk. These sectors will likely see significant changes, as a flexibility trend that might have taken place over 10 years is now accelerated over 12 months.

Office use in the suburbs may be positively impacted, as HWBC is aware of several large companies currently exploring a ‘hub and spoke’ model whereby instead of having a large corporate HQ in the city centre they opt for a mixture of central and suburban locations with staff varying where they work depending on their needs and exposure to external clients.

Paul Scannell, HWBC’s Head of Offices, said: “The doomsayers predicting the end of the office as we know it are overstating their case. Certainly COVID-19 has rapidly accelerated the trend towards flexibility but this was already in place in the technology companies who are the main drivers of demand in the Dublin market. Whilst caution is warranted from investors and occupiers until we have more certainty, there is still going to be sustained demand for high quality office space. We do expect some slowdown in delivery of supply, but this will likely be offset by an increase in the amount of ‘grey market’ space in the market, as some companies look to offload surplus space as they implement WFH policies.”

In terms of future outlook, a lot turns on the state of the wider economy, and how quickly working life will return to something approaching normal. With the added uncertainty of Brexit, HWBC’s view is that market activity will be subdued for the rest of the year by restrictions of foreign travel and follow on impact on foreign direct investment. We expect caution from developers on breaking ground to build new supply without pre-let commitments.

You can read more details on the HWBC H1 2019 Office Review here.