The Ulster Bank Construction Purchasing Managers’ Index® (PMI®), a seasonally adjusted index designed to track changes in total construction activity, posted 44.0 in August, down from 53.2 in July and below the 50.0 no-change mark for the first time in three months. Although the reading signalled a solid reduction in total construction activity, the pace of decline was much softer than those seen during the worst of the recent downturn.

While some companies continued to see activity levels recover following the loosening of lockdown restrictions, this was outweighed by those firms reporting that uncertainty and general economic weakness had a negative impact on workloads. 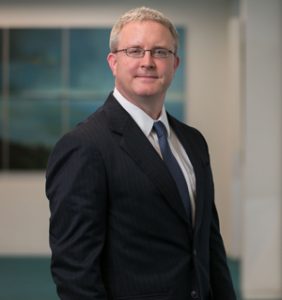 Commenting on the survey, Simon Barry, Chief Economist Republic of Ireland at Ulster Bank, noted that: “The recovery in Irish construction activity showed signs of stalling in August according to the latest results of the Ulster Bank Construction PMI. Following two months of post-lockdown increases in activity in June and July, respondents reported that overall activity slipped back into contraction territory last month, albeit that the pace of contraction was nowhere near as severe as during the peak of the crisis in April and May.

“The weakness was broadly based, with each of the main sub-sectors reporting declining activity last month, while overall new orders also dipped having recorded very solid growth in July. Some firms have continued to report ongoing recovery in activity and orders, though in August this was more than offset by those who reported a drop. High levels of market uncertainty linked to the effects of the pandemic and some recent signs of a cooling in the wider economy’s recovery momentum weighed on the August results, including in relation to sentiment about the sector’s future prospects.

“Nonetheless, respondents continued to express optimism in the year-ahead outlook reflecting expectations that, despite some prominent risks and headwinds, the economy’s recovery will stay on track. Furthermore, with leading indicators such as the housing commencements data continuing to point to further upside for housing output, we would be surprised if the Housing PMI in particular doesn’t show renewed improvement in the months ahead.”

All three categories of construction saw activity fall in August. The sharpest decline was recorded on commercial projects, while housing activity decreased at the softest pace.

In line with the picture for activity, market uncertainty as a result of the COVID-19 pandemic and its aftermath led new orders to tick down midway through the third quarter. The solid reduction followed a return to growth in July.

Worries about the lasting impacts of the COVID-19 pandemic and signs of a renewed slowdown in the economy contributed to a drop in confidence regarding the 12-month outlook for construction activity. That said, sentiment remained positive overall, reflecting optimism that economic conditions will return to normal over the coming year.

Purchasing activity fell modestly in August, the first reduction in three months. Meanwhile, suppliers’ delivery times continued to lengthen at a considerable rate, albeit one that was the softest since March. Panellists reported that COVID-19 continued to cause disruption to supply chains, with particular issues when sourcing inputs from abroad.

Difficulties sourcing items contributed to a rise in input costs, according to respondents. Input prices increased for the fourth consecutive month, but the rate of inflation eased and was softer than the series average.