The Ulster Bank Construction Purchasing Managers’ Index® (PMI®) – a seasonally adjusted index designed to track changes in total construction activity – posted 19.9 in May, up from 4.5 in April. Index readings above 50 signal an increase in activity on the previous month and readings below 50 signal a decrease. 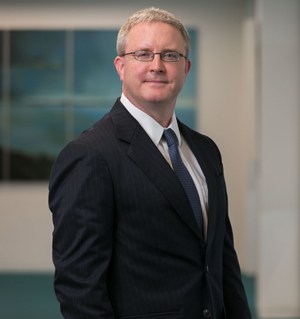 Although weaker than the unprecedented decline seen in the previous month, the rate of contraction was still sharper than at any other time in 20 years of data collection.

Commenting on the survey, Simon Barry, Chief Economist Republic of Ireland at Ulster Bank, noted that: “The latest results of the Ulster Bank Construction PMI survey point to a further steep contraction in Irish construction activity last month as the headline PMI index remained significantly below the 50 no-change level for a 3rd month in a row. However, there are also indications that the pace of deterioration is easing as the headline PMI index rose from an all-time low of 4.5 in April to 19.9 in May reflecting the easing of restrictions on activity that took effect from the 18th of last month. Mirroring the pattern of the headline PMI, the sectoral sub-indices also point to a slower pace of contraction (particularly so in the case of commercial and housing), consistent with April having been the point of peak stress for Irish construction activity during the current crisis.

“Other key indicators from the survey paint a similar picture, with the New Orders and Employment indices remaining firmly in contraction territory but respondents reporting a less negative picture compared to April’s record declines. Indications that at least the pace of deterioration eased last month following the easing of restrictions does lay the groundwork for clearer signs of outright recovery in the months ahead, depending of course on developments in relation to the virus itself. Indeed, confidence among construction firms about the coming year picked up last month, leaving the Future Activity Index at a 3-month high as over 37% of respondents anticipate an increase in activity over the coming year (vs. 29.6% in April and 16.6% in March).”

Activity decreased across all three broad categories covered by the survey, although rates of contraction eased in each case. The sharpest decline was in civil engineering activity, while commercial posted the softest reduction.

For the third month running, Irish construction companies recorded a decline in new orders amid the COVID-19 crisis. The rate of contraction remained substantial in May, despite easing in line with a loosening of restrictions on workplace activity.

Falls in activity due to the pandemic led to further reductions in employment and purchasing activity during May, in both cases for the third month in a row. The rate of job cuts was slightly softer than those seen at the height of the global financial crisis, but input buying was down at a pace unseen prior to the COVID-19 outbreak.

Despite a steep drop in demand for inputs, suppliers’ delivery times continued to lengthen. Respondents indicated that this was often due to vendors either being closed or operating at reduced capacity.

Input prices rose slightly amid shortages of certain materials. The increase followed a first reduction in more than six-and-a-half years in April, but the rate of inflation was well below the series average.

On balance, construction firms remained pessimistic regarding the 12-month outlook for activity midway through the second quarter of the year. Negative sentiment reflected concerns that the economic impacts of COVID-19 will be prolonged. That said, hopes of a return to normality among some firms meant that confidence was the highest in three months.