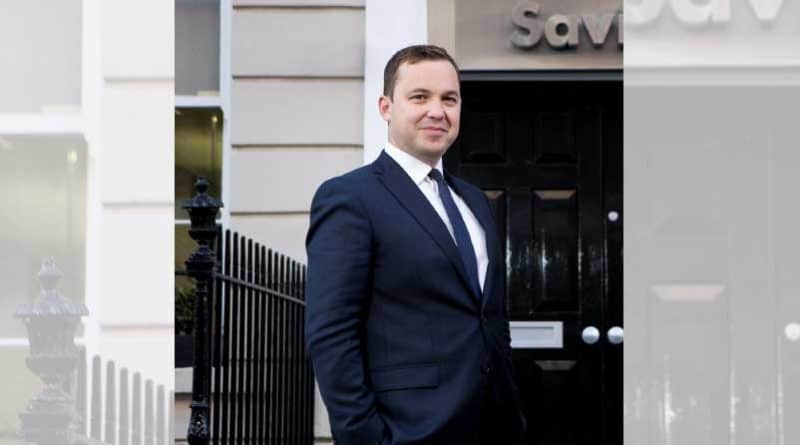 Savills Ireland has just announced the appointment of Mark Reynolds as its new Managing Director with immediate effect. Outgoing Managing Director, Angus Potterton, will take on the role of Chairman.

Mark Reynolds, who became Deputy Managing Director for Savills Ireland in March 2019, has spent 13 years as Head of the Development & Consultancy Division, and a further eight years across the business including operating within Retail, Asset Management and Consultancy both in Ireland and in London.

Angus Potterton, who became Managing Director for Savills Ireland in October 2007, will continue to work within the Irish business whilst assuming a greater role as a member of Savills’ European team. As part of his new role Angus will use his experience in Property Management to help grow this function for Savills throughout Europe.

James Sparrow, Savills CEO of UK & EMEA, says: “I am delighted to announce this progression within the Savills business, and one of our key markets. Savills’ growth in Ireland and throughout Europe has been underpinned by the quality of our people and Angus and Mark’s careers span decades within the business, which is a true testament to their commitment to our organisation and our clients.

“I am also extremely grateful to Angus for his many years as Managing Director of Savills Ireland, during which time the business has gone from strength to strength.”

Mark Reynolds, Managing Director, Savills Ireland, says: “Savills has been my ‘home’ for over 20 years, and I am thrilled to have this opportunity to contribute further to its ongoing growth, success and culture. We have the largest property team in Ireland, providing a strong network of connections with local expertise and market knowledge and I am very grateful to Angus and the Executive Board for their support and guidance over the years. I am looking forward to working with my fellow Directors, and the wider Savills team, to continue growing the successful business  we all have helped build in Ireland, with the support our of valued and loyal clients.”

Commenting on the current COVID-19 crisis, Mr Reynolds says: “We hope that with the right approach, any disruption to the real estate markets is likely to be a near term delay or short shock, rather than a downturn over the long term.”