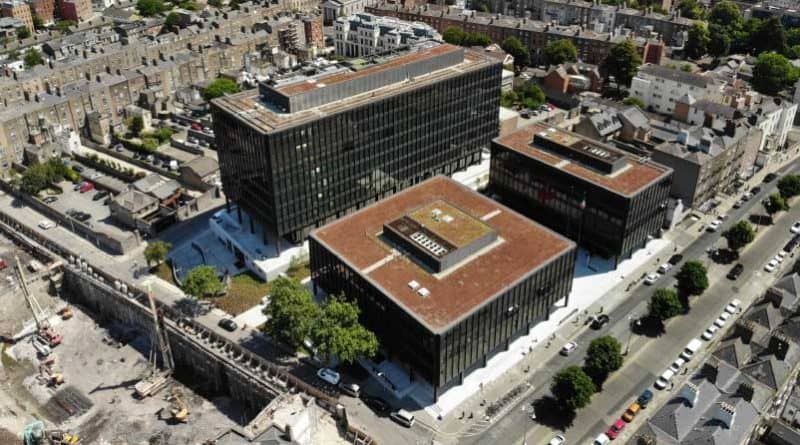 The USGBC has confirmed that Miesian Plaza is the first development in Ireland to be awarded LEED Platinum v4 Certification in any category.  There are only 178 LEED v4 Platinum Buildings in the world and Miesian Plaza is the 179th Building.  All other developments in Ireland submitted to the USGBC accreditation process opted back in 2015/2016 to seek LEED V.3 Certification.

There are four LEED certification levels, Certified, Silver, Gold and Platinum. LEED v4 was initiated by USGBC in 2013.

Redevelopment of the Iconic Miesian Plaza was carried out by John Paul Construction.

To secure LEED Platinum v4 accreditation, Miesian Plaza was assessed by USGBC for:

“We made a conscious decision when we acquired the property to ensure the three office buildings included in the development would secure the highest possible environmental and sustainability accreditation. Particular attention was also paid to ensure that high quality facilities and amenities for staff were put in place,” said David Torpey, Development Director, Remley Developments Limited.

Miesian Plaza includes three office buildings of approximately 240,000ft2 of Grade A office accommodation, constructed between 2014 and 2017, including tenant fit-out, all finished to an exceptionally high standard. Block 1 is occupied by The Department of Health, The Department of Children and Youth Affairs and The Department of Finance; and Blocks 2 & 3 are occupied by Takeda Pharmaceutical Company Limited.  Remley is satisfied that its tenants will reap the benefit of the LEED Platinum Version 4 accreditation awarded to the development, by virtue that the energy consumption is substantially less than buildings which could not secure such LEED accreditation.