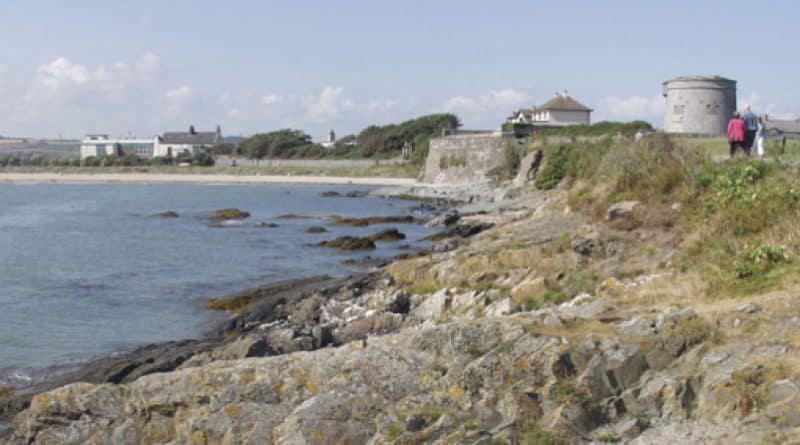 Following a competitive tendering process, the contract was awarded recently to Atkins to provide engineering services associated with the provision of the Fingal Coastal Way Greenway.

The Greenway will be a dedicated high quality cycle and walking route which will run between Donabate and the boundary with County Meath North of Balbriggan.

The route will be ideal for recreation purposes, providing an outlet for cyclists and walkers in the area. The Greenway will be an iconic development representing a step-change in the tourism offering for Fingal, Dublin and the wider northeast region.

The overall length of the scheme is envisaged to be approximately 31km, along the scenic coastal route and where possible and will be delivered to the highest envisaged standard.

The scheme shall be designed in accordance with the NTA’s National Cycle Manual, the TII Rural Cycleway Design Standards, and the Department of Tourism Transport and Sport Strategy for the Future Development of National and Regional Greenways.

Martin Deegan, Technical Director Atkins, stated that ‘Atkins is delighted to be appointed by Fingal County Council to deliver the Fingal Coastal Greenway. The overall vision from Fingal County Council will ensure that the Greenway will be a major asset for outdoor recreation and tourism in Ireland while also providing a real “traffic-free” alternative for commuter cyclists in this part of the country.’

Paul Carroll, Senior Engineer Strategic Infrastructure Fingal County Council commented “The benefits that greenways can deliver to communities are considerable in terms of climate change, economic development and leisure amenity. The greenway will form part of a developing network of greenways within Fingal, providing a link into the S2S Sutton to Sandycove scheme and encouraging sustainable transport for commuting and leisure.”

The main benefits of the scheme will include:

Justin Norman, Managing Director, Atkins, commented that ‘Atkins is looking forward to delivering this project for Fingal County Council. This Greenway is a very important addition to the locality, which will bring people into a vastly improved environment and closer to the natural features in the area.  The scheme will form part of the overall Greater Dublin Area Cycle Network Plan and will serve as a leisure and commuter facility for cyclists and pedestrians. Atkins is well placed to ensure it is delivered successfully given our vast experience with Greenways and the expertise of our local team based in Fingal.’