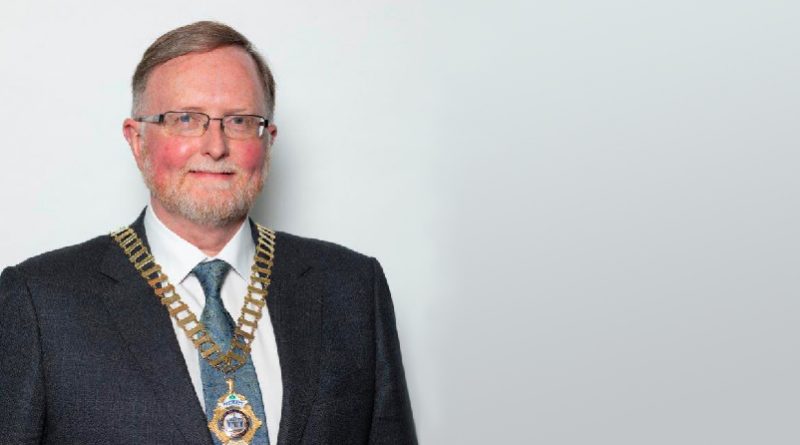 New CIF President Pat Lucey speaks to Irish building about plans for his first year in the role, discussing challenges and his priorities, and how construction must be an attractive career choice.

Pat Lucey is a Civil Engineer with nearly four decades of experience in construction across Ireland and the UK. Pat is currently MD of the Civils Division within John Sisk & Son, a company he has been with for 26 years.

Pat tells us he witnessed major changes in his career. On the positive side, a focus on health and safety transformed the industry for the better. While offsite construction with precast concrete elements or modular units improved efficiency and value for money, delivering consistent quality.

On the negative side, the introduction of the Public Works Forms of Contract over a decade ago had the unintended consequences of breeding inappropriate professional standards, reducing productivity and generally making a day’s work under those contracts unfulfilling for people with a can-do attitude. Pat says developments in public procurement have created obstacles to intelligent contractor selection. “EU rules and case law have made this area a minefield for public clients and, as a result, they default to lowest price tender award criteria. The predominance of that criteria, while it reduces problems during the procurement stage, cultivates the wrong behaviours and very often leads to significant problems during construction.”

These experiences are reflected in the challenges facing construction and his priorities as incoming President of the CIF.

For Pat, attracting people into the construction industry is critical. “We are now involved in a global war for construction labour and talent. We need to get the positive story about careers in the industry out there. The public’s view of the industry no longer matches the highly rewarding, tech-driven and increasingly global careers our employees can experience. I don’t think there’s any other career with such upward mobility where you can go from on-site to the boardroom, if you’re capable, in such a short space of time. We have a major piece of work to do throughout 2019 and 2020 in communicating the benefits of a career in construction to wider society.”  For Pat this includes promoting equality and diversity.

Many LGBTI people work in our industry and Pat wants that community, indeed anyone, to feel welcome, safe and valued in our industry. “As CIF President I will strongly support the #buildingequality campaign – its first event of the year will be held on International Women’s Day on March 8th.” Pat attended a number of gender equality-focussed events in the past few years, and says the numbers of men attending is disappointing. “I’m saying to my peers and fellow industry leaders, especially males, all of whom support equality, that we need to be more visibly supportive of these events.” Pat informs us the CIF are developing a diversity mark for the industry. “This will be a badge of honour for those companies that qualify for the mark and overall, it’s an important step in the industry’s attempts to attract more talent.”

Another key challenge the President tells us will be to “recalibrate” the industry’s relationship with key Government Departments to work to end the boom and bust nature of the industry. “The natural volatility of the economic cycle in construction has been amplified by poor public policy over the past 25 years. Overreliance on revenue from housing exacerbated the last bust and a decade of neglect has led to the housing crisis. A decade of neglect in investment in infrastructure, now being addressed, may stymie the future economic growth. So, the CIF is working with Government, particularly through the Construction Sector Group to put in place measures and policies that will put the industry on a stable and sustainable footing over the next decade.”

People, Procurement and Public Policy are Pat’s priorities as CIF President. Many construction challenges are caused by the volatility of the industry’s economic cycle. “What’s required is an all-encompassing growth strategy involving industry and Government that concentrates all our combined firepower on generating sustainable smart growth across construction in parallel with the delivery of Project Ireland 2040.”

On people, the CIF’s warnings about a looming skills shortage, largely ignored, have come to pass. In 2016, the CIF and SOLAS identified that the industry would need an additional 100,000 people to deliver on the construction activity required for the Government’s housing strategy and infrastructure commitments. “Since the nadir of the recession in mid-2013, we have been hiring 1,000 additional workers per month. Last year, this number increased to 1,500 people per month. To sustain this level of activity, we now are looking at how we can develop more skilled employees in the industry from the education and training system.”

Pat says that while there is a challenge in adequately resourcing live projects, that will be minor compared to the challenge to be faced in the near future if the industry fails to adapt to the expectations of the coming generations. A survey commissioned by the CIF found that construction is unattractive to teenagers. “Other sectors sell themselves far better to that generation and to address this the CIF is undertaking a campaign framed in the language of 21st century schoolgoers. At the same time, we must make changes, improved site facilities and shorter working hours being the principal changes. This campaign is needed across all trades and professions and will have a target to increase gender diversity.” Pat sees increasing gender diversity as an opportunity as a significant cohort is excluded due to existing work practices.

With regards to procurement, Pat says that under the current system contractors are working for profit levels of 1% to 2% which is not sustainable and leads to all sorts of problems. “Public procurement is an issue across Europe, so we are not alone in this, but it does not mean we cannot work to resolve these issues. I would like to see a move to a tender evaluation process that measures quality, deliverability and price. A system that takes all aspects into account would be much fairer. To their credit, TII are piloting a new tender evaluation model that seeks to achieve a balanced outcome and if they succeed in that it will be a significant step forward from the current lowest price model.”

Pat believes that the forms of contract are as important to procurement as the tender evaluation criteria and bemoans the development of the Public Works Forms of Contract. “It will take a generation to recover from the unintended consequences of the public works contracts. They are adversarial contracts that have turned construction projects into contractual conflict zones, cultivating expertise in disputes when the

focus should be on dispute avoidance. Collaboration is a much more powerful tool for delivering projects successfully and the aim should be to have strong professional teams on the client side and the contractor side collaborating for success.”

The economy, and indeed, society needs strong regional economies, urban centres and rural communities. However, migration figures indicate an unhealthy proportion of people are moving to the Greater Dublin Area to live, work and raise their families. “This is unsustainable for both Dublin and rural communities. So we need to develop areas outside the Greater Dublin Area that can provide opportunity to a growing population that is expected to grow by a million over the next two decades. To do this, we need SME contractors and housebuilders operating in the regions. Currently, too many regional contractors are unable to secure work close to home. This doesn’t augur well for the regions, the industry and the wider economy.” Pat welcomes the ambition of Project Ireland 2040 to create a regional counterbalance to the Greater Dublin Area. “The aspiration to develop the Cork-Limerick corridor with motorway connectivity and supporting 1.5 million people is the obvious counterbalance.

“I’m cautiously optimistic that the establishment of the Construction Sector Group provides us with a once in a generation opportunity to transform our industry in collaboration with Government. The industry, at €25 billion – €30 billion per annum, is so critical to the economy that building its capacity and improving its productivity benefits every other sector, the exchequer and indeed the citizen through the delivery of efficient, sustainable and modern buildings, housing and infrastructure. Our Government partners now recognise that our industry is essential if we are to build the dynamic economy and modern society our growing population demands.”

“We’ve had 7 or 8 years recently when the housing output fell below 15,000 units per annum and dropping as low as four and a half thousand units in 2013. Since the early 1970s the annual output has nearly always exceeded 20,000 units per annum. Those recent years of low output created a deep problem which will take a long time to rectify. The Government has consulted with the house building sector and the discussions have been productive. Measures have been introduced to address obstacles on the supply side and these are having the desired effect. There’s a long way to go and more can be done to improve the supply but there is a stand-out lesson from all of this which we must remember. The low output figures from 2011 and 2012 should have triggered a national response to housing supply. But it took several more years. Going forward it should be national policy to trigger a government and industry response when the housing supply figures fall below an agreed threshold. This is something that could be established and agreed by the Construction Sector Group.”

The infrastructure sector is similar in that it has suffered from 10 years of reduced investment but unlike the here-and-now of the housing problem the infrastructure deficit affects the future ability of the economy to perform. It is recognised that the infrastructure put in place in better times supported the economic recovery but it is not recognised that we are walking, eyes open, into a future problem by this prolonged lack of investment. The Ulster Bank PMI for Civil Engineering is showing a contraction for the last 5 months which should be a cause of great concern. Infrastructure is the skeleton that supports everything else. This is another area where it should be national policy to trigger a government and industry response when investment falls below an agreed threshold.”

The CIF have a busy year ahead Pat tells us summarising the objectives. The CIF will seek to progress the rollout of the National Development Plan as a matter of urgency. The CIF believe that balanced regional development should be a priority for Government and Pat says they are fully aware of the pressures that regional contractors are working under.

The CIF remains deeply concerned that many members are facing an unstable environment in 2019. The CIF will resist any wage claims that increase costs and will continue to apply pressure on the Government to introduce more sustainable procurement practices.

The CIF want to retain the Help to Buy Scheme as it has been instrumental in resurrecting housebuilding in the starter segment. IHBA members report that 60% of new houses in their developments are only made possible because first-time buyers can avail of the scheme.

The CIF will be working on the increasing demand for skills, aware that while recruiting foreign-based workers may offer a short-term solution to any shortages, long-term focus should be on working with schools to highlight construction as a viable, sustainable and interesting career to young people and their parents and reaching out to members of the diaspora with construction qualifications and helping them to return home.