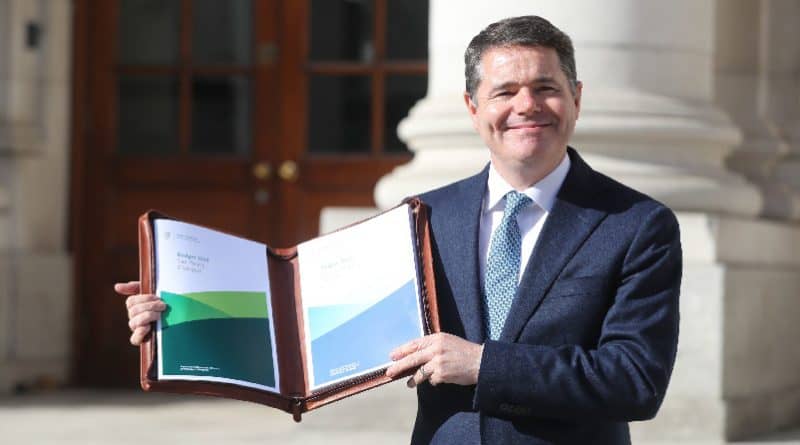 Industry bodies welcome investments in housing and infrastructure but believe more must be done to solve the housing crisis. Lack of funding in education and the lack of skills to deliver projects are major concerns, as well as the suitability of public procurement and contracts.

Eoghan Murphy, Minister for Housing, Planning and Local Government welcomed the 22% increase in funding – some €725 million – secured for his Department under Budget 2019. The Government is allocating exchequer funding of nearly €2.3 billion to housing programmes.  In addition, local authorities will fund a range of housing services to the value of almost €93 million from surplus Local Property Tax receipts, bringing the total housing budget in 2019 to almost €2.4 billion. In Water, capital and current funding to Irish Water will amount to nearly €1.2 billion in 2019, an increase of €84 million on 2018.

The CIF welcomes the €2.3 billion housing package announced and the 24% increase in capital infrastructure funding but is disappointed that there was no clarity in relation to an extension of the Help to Buy scheme which is due to expire in December 2019. Director General Tom Parlon stated: “This will create uncertainty next year for both first-time house buyers and homebuilders.  The Help to Buy Scheme has significantly contributed to a 30% year on year increase in housing output since its introduction. This measure essentially resulted in making it financially viable to build starter homes again and freed up finance from banks for this segment.

“We welcome the provisions announced for an affordable housing scheme of €300 million.  However, more details on the deployment of this fund is required and we will continue to work with the Department of Housing on the mechanics of this scheme.”

The CIF welcomes measures giving Local Authorities greater flexibility to develop social housing. “If procurement practices in the public sector and at local authority can be modernised, there is every chance that thousands of social houses can be brought online over the next decade.”

On the €300 million human capital initiative, Tom Parlon said: “We need to see details but we hope that the fund helps to stave off any looming shortage of skilled workers required to sustain the level of construction in housing, infrastructure and specialist construction.”

In 2016, SOLAS estimated that the industry would need an additional 100,000 workers to deliver on the Government’s ambition in housing delivery and in the National Development Plan.  Tom Parlon said: “We have not seen a concurrent increase in investment in increasing the numbers of skilled trades and craft people coming out of the education and training system.   We are concerned that, having put in place a number of legislative and budgetary measures over the past five years, essential housing and infrastructure delivery will be stymied by skills shortages in construction.”

The CIF believes it’s now essential that the Housebuilding Finance Ireland fund announced last year is deployed as this will ensure that regional housebuilders have the financial capability to deliver homes outside the Greater Dublin Area where there is viable demand.

Government contracts place excess risk and unforeseen costs on contractors.  The CIF believes Government must accelerate its efforts to modernise procurement practices otherwise the National Development Plan and housing delivery will be costlier with more overruns and delays in addition to a continuing trend of liquidation in the industry.

Engineers Ireland welcomes the boost to infrastructure and housing investment, but raises concerns for education and the environment. The body for engineers welcomes the increased capital investment, but said housing supply must continue to increase while achieving quality standards. The body said funding for higher education is underwhelming as the country faces skills shortages, and that the transition to a low-carbon society and economy must underpin all investment.

Engineers Ireland has highlighted housing as a key concern. Peter Quinn, President of Engineers Ireland, said: “Our engineer members have clearly told us that the housing system is unable to meet demand and requires immediate investment. Today’s announcement that spending on social housing will increase to €1.25 billion should help raise living standards more equitably and meet the needs of a growing society.”

Property Industry Ireland says housing measures in Budget 2019 are positive but much more needs to be done. Reacting to Budget 2019, Dr David Duffy, Director, Property Industry Ireland (PII), the Ibec group for businesses working in the property sector commented:  “The increase in spending on social housing is welcome but the emphasis must be on new build rather than competing with other buyers in the market by looking to acquire or lease properties.”