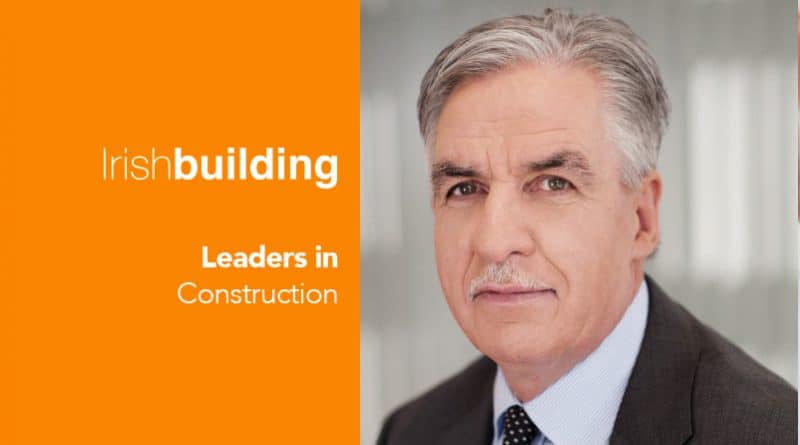 A cornerstone of Leo Lynch Group’s strategy under managing director Sean Smith is to maintain and invest in its loyal workforce, which has played a key role in driving impressive growth for the company in recent times.

Over the past two years engineering contracting firm Leo Lynch has increased its workforce from 300 to 500 and turnover has gone up by 50% to just under €80m. Managing director Sean Smith attributes this growth to a changed market and the company’s resolution to keep people employed in Ireland.

“Apart from the uplift in commercial office space recently, there has also been huge investment back into Ireland by the pharmaceutical, biotechnology and microelectronics sectors – areas we would have specialised in down through the years,” he says.

“For eight to ten years there was a steady decline in foreign direct investment (FDI) by American clients. Now we’re seeing companies such as Bristol Myers Squibb, Intel, Shire and Kennedy Wilson investing in Ireland again.”

During the recession, Leo Lynch made the strategic decision to keep things ticking over in Ireland and not expose the company to the risk of going abroad. It maintained its workforce of 300 by implementing pay cuts to preserve jobs – something that was supported on the whole by the staff.

Because of this, it was better placed than most of its competitors in time for the upsurge in FDI. “We had the skilled management and trades people available at the right time to carry out mechanical and process engineering work on projects. We have been successful in winning a lot of larger contracts as a result.”

Established in 1956, Leo Lynch provides construction services to a wide range of sectors, including life sciences, retail, commercial, healthcare, education and food. Its facilities management company Interact, set up 30 years ago, has provided consistent work and income during leaner times.

“As a company we are totally adaptable. We are able to fish in all waters, deep and shallow. This industry is not one where you can survive by concentrating on one area,” says Smith. “Unlike other contractors that offer facilities management services, Interact is all in-house supported by 60 vans on the road. As long as you perform well in facilities management, you should never lose a contract. This business has been good for us.”

Significant new mechanical and process engineering contracts won recently by Leo Lynch include a major greenfield biotech manufacturing facility in Co. Meath for a multinational organisation; the Capital Dock office, residential and retail development in Dublin for Kennedy Wilson and three projects for IPUT, the largest investor in office space in the capital.

“We build our base on the fact that the FDI market goes up and down on a cycle of four to five years. Things are busy now with returning clients, but if we see a decline we will look elsewhere. Whatever the nature of the job, you can’t afford to slip up and you have to deliver,” says Smith.

“We completed one data centre project in Ireland for a major American client and we do see future growth in this area. The world has become very small and we are starting to look abroad as a company. Up until now any work in other markets has involved following clients we worked with before. We see speculative clients as being very risky.”

With a family background in construction, Smith entered the industry over 45 years ago via the engineering route; he spent 15 years in consultancy before joining ABB, where he worked for six years and achieved chartered engineer status. He joined Leo Lynch as managing director in 1995 and in this role his number one priority has always been to invest in people.

“You’re only as good as the people you have carrying out installations,” he says. “I believe in running a very flat organisation. Everybody knows everybody on a first-name basis and there are two generations of families working for us. It is not unusual for fathers and sons to be working side by side on projects.”

As a rule, Leo Lynch encourages employees who have qualified in the trades to do further education and will sponsor them to do third-level courses on a part-time basis in areas such as project management. To ensure it gets a constant supply of graduates, the company works closely with Sean Smith’s brother Paul Smith, who is a lecturer in building services at Dublin Institute of Technology.

“We tend to take in three to five second-year students for summer work each year. If they impress us enough in terms of their attitude and work ethic, we will sponsor them for the remainder of their course. This has been a very successful approach for us,” notes the Leo Lynch managing director.

The success of the Irish construction industry going forward hinges on its ability to invest in young people generally and persuade them that a trade-based career is attractive, Smith maintains. “In Germany, most engineers go down the trade route before academia. People who have seen the practical side of engineering will become better people and engineers,” he says.

Proper adherence to the recently passed Sectoral Employment Order should lead to more young people choosing the apprenticeship route as they know they will get paid proper rates, adds Smith. “It has been difficult to get good people to come back to Ireland as conditions are better abroad. The Government and industry are trying to address this with the SEO but the proof will be in its application.”

In keeping with its employee-centric ethos, Leo Lynch is particularly proactive in the area of health and safety. Four years ago it brought in a programme of change to address a pattern of small incidents and a slippage of attention in places.

“We have taken a bottom-up, peer-to-peer approach to ensure we have total buy-in from employees. Regardless of what level of the organisation an employee is at, they are encouraged to correct anyone else on their behaviour – apprentices look after tradesmen and vice versa,” Smith explains. “We took outside advice when we identified the problem. Now that we have adopted this new approach, other companies that work around us have taken it on board. It is not unheard of now for an employee from one company to pull up an employee from another.”

Last November, Leo Lynch’s efforts in this area were recognised at the annual NISO Occupational Safety Awards, where it picked up both the Higher Distinction and the Consistent High Achiever awards. The Consistent High Achiever Award is given to organisations which have achieved awards of Distinction or higher in each of the previous five years. “These awards show on a public stage that we are genuinely committed to always improving the safety of our people,” says Smith.

A reduction in health and safety risks is one of the many benefits of using building information modelling (BIM), an area Leo Lynch has invested heavily in. BIM is now an accepted minimum requirement on all major projects it works on.

“Up to four years ago we typically only encountered BIM on complex industrial projects, while now it is being utilised on projects in the healthcare, commercial and retail sectors. More and more we are working on projects which are designed using 3D modelling and BIM,” says Smith.

“We are actively promoting the use of BIM on all of our projects as we see the very significant benefits and savings in ‘right first time’ builds; coordination issues can be resolved by sending video clips to the field via tablet devices and communicating on Skype, as required.

“Done correctly, BIM allows you to accurately procure all materials before reaching a site and prefabricate a lot of the installation off-site. A lot more of our employees are involved in prefabrication now.”