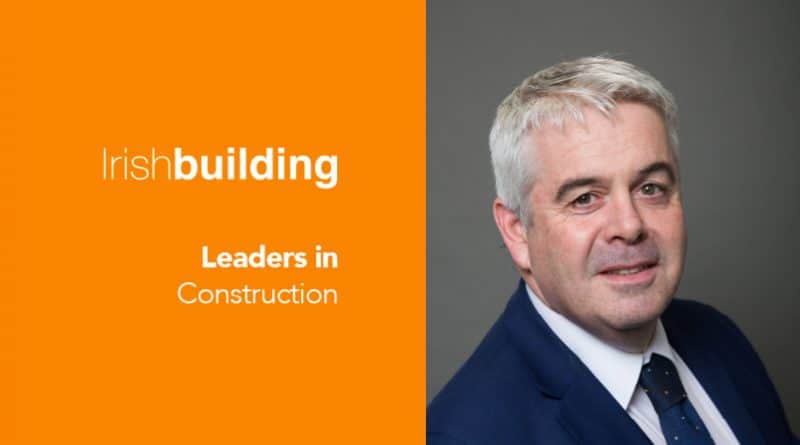 Conor Gilligan reflects on 2017 in construction, and its effects on the market as a whole.

With over 800 staff employed globally, operations in Ireland, United Kingdom, Qatar, Oman and impending operations in Sweden and Norway, Roadbridge continues to forge new paths for the Irish Construction Industry. 2017 saw a 13% increase in turnover to €214m with a significant increase forecast for 2018. In 2017 the company completed the M17 PPP Motorway, Facebook Civils Contract, Belmullett Sewerage Scheme for Irish Water, numerous Wind Farm projects both in Ireland and the UK. They also commenced some very significant projects for United Utilities in Cumbria, Iberdrola in East Anglia, Center Parcs in Longford and as framework contractor to Dublin Port Company.

The company’s continued success, says Managing Director Conor Gilligan, is down to its ability to retain staff, identify trends in the market and diversify accordingly. “Roadbridge has always been a multi-disciplined, self-performing civil engineering contractor,” he explains. “Our name and branding has probably defined us differently over the years as most have perceived us as specialist road building contractors only. When the motorway construction boom was at its peak in Ireland we took full advantage and were responsible for the delivery of a significant share of the nation’s motorway network. Back then it is true to say that a very high percentage of our turnover was in roads, today that figure stands at 12% with our other areas of core competency in sectors such as oil & gas infrastructure, water services, renewables, marine works, fast-track site developments and motorway maintenance.”

Current shortages in the labour market are undeniable, according to the MD, but our main challenge at the moment is in selling the industry as an attractive prospect to the next generation of the Irish Construction Industry. “The construction industry as a whole needs to ask ‘have we done enough to sell our industry to the next generation’. Whatever about the engineering and quantity surveying sector, the trades element of the industry is suffering hugely.” The blame, says Gilligan, must be laid firmly at the feet of our educational culture. “Children in the post-primary schools are being guided along a pathway that leads them to either an IT or a University. The older system of leaving school earlier in order to take up an apprenticeship is not being encouraged enough, thus leaving a severe shortage of tradesmen as we move forward. Certain contractors do run apprenticeship schemes in order to safeguard their business and should be applauded for this.”

The role of women in construction is a hot topic within the industry at the moment, but the subject is not as cut and dry as it may appear. Conor suggests that the solution is down to finding the right person for the right job. The father of eight girls, he says that he sees his job as showing the industry in its best light to his daughters. “I believe in employing the best person for the job regardless of whether male or female. Both my sisters are Civil Engineers and we have always employed female personnel in Roadbridge so I have always seen women in construction operating at all levels and disciplines from engineering, environmental and health & safety. We are currently engaged in a Leadership Development Programme where half of the current Roadbridge participants are female. We are also involved in some very interesting initiatives with regard to encouraging more secondary school pupils into construction.”

Health & Safety practices are only successful when a company stays on top of industry changes and meets new challenges with solutions. In 2017, Roadbridge launched Your Safe Path, an initiative to prevent and safeguard Roadbridge employees and others from hazards, improve personal and collective safety and ensure better hazard control in their workplaces. “Given that we have always had very robust safety policies and procedures we felt it was the time to refresh all areas, in particular the behavioural aspect of Health & Safety.” This initiative also coincided with a complete re-branding of the company. “Our Lost Time Accident Frequency Rate was down to 0.03, well ahead of the industry average. In the UK we once again achieved exceptional results under The Considerate Constructors Scheme where we attained a result of 94% which puts us in the top 1% of all sites audited across the United Kingdom.”

Ireland 2040 National Planning Framework is a step in the right direction, reckons Conor Gilligan. “The framework is very positive, it is balanced, and it gives the industry a future to look forward to. In order to deliver we require robust planning legislation that will allow what is for the greater good to prevail. We cannot allow projects to be stalled because of the few. The Apple project in Athenry is a prime example of this.” The ten-year €116 billion National Development Plan is good, he says, but it’s a pity that it took so long to come to fruition. “For example, the procurement process that was stalled in 2011 on the M20 Motorway should not have happened given that the bulk of the cost had already been expended. This job would be ready to go to construction now.”

The road to continued Foreign Direct Investment can only be paved by improving infrastructure, asserts Gilligan. “To increase capacity, it is a matter for the Irish companies to seek assistance from international companies if they require their assistance. Ireland is a very difficult physical environment in which to work. Sitting on the Atlantic coastline, very susceptible to huge variances of rainfall, extremely hard rock, high water tables, peat lands etc. International companies would be better advised to work in joint venture with local contractors. The expertise is here, however capacity may be the issue for some.”

Procurement processes must be addressed in order to prevent under pricing and its ricochet effect throughout the industry, he says. “Something has to suffer when the price is too low, the client – contractor relationship, creditors, subcontractors, quality, health & safety, the contractor could face being wound up leaving a further mess for everybody. The post-tender BAFO process needs to be outlawed as it not conducive to best business practice. It puts intense pressure on contractors to reduce their price further in order to procure a contract that they have already priced competitively. I do believe that the client should also have the discretion as to who they award the contract to, but this should be through a tender phase followed by an interview process whereby the contractor would describe in detail how he intends to build the project in tandem with validating the price offered.”

Despite the current challenges in the market, Conor Gilligan and Roadbridge remain optimistic about the future of the Irish Construction Industry. With cautious progress and an engaged and educated workforce, we continue to deliver excellence across the board. “We look forward to the next year with enthusiasm,” he concludes.