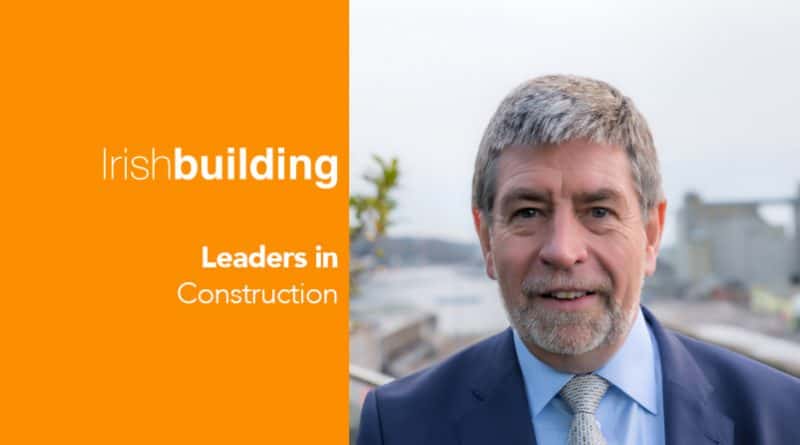 With over 50 years’ experience as one of the country’s top engineering contractors, the team at Dornan Engineering are focusing on harnessing the change in the industry for positive growth.

It’s been a solid twelve months for Dornan Engineering; one which has allowed them to take stock of the current market and put plans in place for the future. The industry, says MD Oliver Lonergan, is evolving at a rapid pace. “The industry is changing in the sense that we now find ourselves carrying out a lot more pre-construction than you would have had five years ago,” he tells Irish building from his office in Cork.

The turnover for Dornans at €218m for 2017 was down from their 2016 figures and this was primarily down to two factors. Dornan has had in the past year many of its UK-based projects in pre-construction, which are, as Oliver Lonergan says himself, all moving into their construction phase at the moment. “In pre-construction you have your project teams involved in the jobs but because you are not physically building, you gain only a small amount of your turnover. All of that work that has undergone pre-construction in 2017 has now gone into construction for 2018 and 2019. Coupled with that, we finished off a number of projects for our data centre clients in the Netherlands at the start of the year, and while there was continuity in terms of the next projects coming along the pipeline, they didn’t really start until later in the year. “We expect to continue our growth in 2018 with an expected turnover of €350m helped by the boost in sales from the work in the UK and in the Netherlands and Denmark.

The biopharma market is booming again in Ireland, and that has reopened a sector that Dornan perform extremely well in. They recently completed a large project for BMS in Dublin. This was a greenfield project requiring the modification and extension of a facility to construct a state of the art biopharma unit. “The project had a challenging schedule, with design running very close to construction to ensure that the facility could be completed at the earliest opportunity and enable life-saving products to go to market as soon as possible.” Dornan’s scope included electrical and instrumentation installation, testing, loop-checking, and calibration of all process instrumentation. They also completed a large project for Astra Zeneca in Sodertalje in Sweden last year. In this project Dornan completed the HVAC and the E&I scopes of work and continue to assist with the plant qualification into this year

They are currently working on a large project for Eli Lilly in Kinsale, continuing a relationship that has been twenty years in the making and projects for Shire, Takeda Abbvie and Amgen in this sector. The regeneration of biopharma is a welcome development at Dornan, because that is the sector that they started out in, says the Managing Director. Along with the biopharma work “Our work portfolio consists of business in the data centres sector, are also doing a number of quite large commercial jobs in the UK and two large power projects, one project is for Hitachi Zozen in Ferrybridge and a Waste to Energy plant in Baddesley in Warwickshire which is kicking off right now.”

With around 1,400 people employed, the company finds itself in the fortunate position of being able to negotiate contracts directly with a lot of their clients. “At least one third of our work is procured in this way on agreed rates,” explains Oliver Lonergan. “That does a few things: it maximises the amount of effort you have to put in order to win a project as you can put all of your focus on that project. If you are tendering for a job you may bid on five projects to get one, whereas if you are negotiating on a project you will put all of your resources into it in order ensure that you have everything right. With the country and industry as a whole a lot busier; clients want to build a facility and set out a strategy – and a lot of the time that strategy is to get people that they know and trust to build and deliver their project for the right price.”

Resources, and industry perception remains the largest challenge facing the industry at the moment, and the change needs to be recognised at secondary school level, believes Oliver Lonergan. “The children coming through school now don’t see the trades as an option. The focus of the schools is to get the children into college. Dornan and similar companies are continuing to look for apprenticeships. The current perception of school leavers is that college is the right place for them and while it is for many they need to consider apprenticeships as an option that is a worthwhile stepping stone into a huge industry with fantastic opportunity. It seems that college is a right of passage at the moment, but we need to sell the trades from transition year in the secondary schools on, so that they are seen as a valued career path. There can be a perception that construction is a tough life and that there are a lot of easier jobs out there.

Selling the industry is not difficult, he believes, and it all starts with highlighting the opportunities it provides. “Construction is a great industry. You are never in the same place for too long, you continue to meet new work colleagues as projects start and finish all the time and it adds dynamism to your life. It was one of the things that attracted me to the industry first,” he points out. “When you are meeting new people, you are learning new things and opening up your own opportunities to expand your skill set. The industry is ever growing and it gives incredible opportunities for growth. A tradesman can become a foreman and a supervisor; he can go on to do an engineering degree if he wishes – these opportunities are readily available and we support it. In fact, at the moment, we have a number of apprentices going through college and completing engineering courses to further their skills. A great number of our people that served their time with us as electricians, instrument technicians and pipefitters are now part of the senior management chain; there are great opportunities for people in the industry.”

Infrastructurally, the framework set out by Government is vitally important to the continued success of the industry and country as a whole, says Lonergan. “We are back to where we were in 2008 in terms of an employment point of view. As you drive around Ireland at the moment you’ll see that the roads are full getting into Dublin is a problem. The consequence is that if the Government doesn’t put the infrastructural changes in place, then we are going to lose out on foreign investment to continue our growth path.” The Managing Director points out that even though there are conversations about pushing our foreign direct investment out to the regions, the infrastructure simply isn’t there to support it. “No investor wants to land at an airport and find themselves travelling for hours to get to their workplace – it’s simply not viable.”

Heading into the next year, Oliver Lonergan and Dornan are extremely positive about their place in the market, and look forward to a lucrative return at the end of 2018. It is imperative, says the industry leader, that we include pre-construction as a phase in our work now, and factor that into forward projections. “The industry is changing, and we must change with it.”