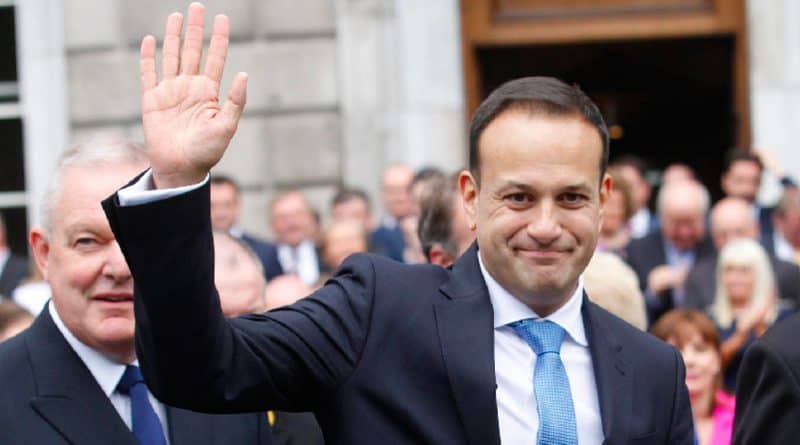 The Government has launched the Land Development Agency to build 150,000 new homes over the next 20 years, the next step of Project Ireland 2040.

The new Agency has an immediate focus on managing the State’s own lands to develop new homes, and regenerate under-utilised sites. In the longer-term it will assemble strategic landbanks from a mix of public and private lands, making these available for housing in a controlled manner which brings essential long-term stability to the Irish housing market.An Taoiseach, Leo Varadkar said the LDA will come to be seen to be as significant as the decision to establish the ESB, Aer Lingus or the IDA.

Housing Minister Eoghan Murphy signs the new agency into law today by Statutory Instrument, with a chief and management team already in place. It has an initial pipeline of State land which is capable of delivering 10,000 homes, with 3,000 of those homes on lands which have already been secured. The Agency is already in the process of expanding its portfolio.
The LDA will have two main functions:

o   Coordinating appropriate State lands for regeneration and development, opening up key sites which are not being used effectively for housing delivery; and

The LDA is modelled on best European practice as already demonstrated in Germany and the Netherlands. By assembling land packages ahead of the planning and infrastructure stages, the Agency can lower development land costs and tackle upward pressure on house prices.

The Agency will be a commercial State-sponsored body, acting within a clear Government policy framework: that all public land disposals must deliver at least 40% of any housing potential on such lands in the form of social (10%) and affordable (30%) housing.

It will establish a national centre of expertise for State bodies and local authorities, using experienced staff with expertise in project management finance, planning, development and procurement. It will be further underpinned by dedicated legislation, overseen by an independent board and provided with both the initial and long-term capital to function on a commercial basis.

An Taoiseach said: “The Land Development Agency, with capital of €1.25 billion behind it, is a step change in the Government’s involvement in the housing market. We are going to build new homes and lots of them. That includes social housing, affordable housing, private housing and cost rental housing on both publicly and privately owned land.

“While the indicators show that the numbers of new houses being built is up by more than a third compared to this time last year and is increasing month on month, we are still facing a huge challenge in meeting demand. We know we are playing catch up after our housing sector was destroyed.  The Land Development Agency is a Government intervention that is 50 years overdue and which, in time, I believe will be seen to be as significant as the decision to establish the ESB, Aer Lingus or the IDA.”

Minister for Housing Planning and Local Government Eoghan Murphy said: “The consensus is that tackling boom-bust cycles of house prices depends on tackling similar cycles in land supply through State driven Active Land Management and this is precisely what the LDA is about. The LDA will enable Government to address traditional volatility in land prices as a result of land speculation as well as delays in delivering housing and strategic urban redevelopment generally as a result of delays in delivery due to disparate land ownership and cost allocation for infrastructure.

“Establishing the LDA creates a powerful new driver of urban regeneration with the lands, skillsets and capital needed that will assure housing delivery, including the social, affordable and market housing so badly needed for our citizens.”

Minister for Finance and Public Expenditure and Reform, Paschal Donohoe said: “The adoption of a more pro-active land management role by the State is critical to solving the current housing crisis and creating downward pressure on land prices.  The LDA will be given access to land that is already in wider State ownership or control for development, and it will have access to capital from the Ireland Strategic Investment Fund and other private finance, which it will raise itself commercially.  This combination of land and capital for investment will enable the Agency to prepare development plans for these sites and subsequently to fund the development of the sites and construction of housing on a commercial basis.  This will enable the Agency to make a significant difference to housing supply in the years ahead, which will have far wider competitiveness benefits.

“Furthermore, the Agency will be able to take a long term strategic approach to land acquisition and management. The longer term effect of its establishment will be to stabilise the supply and development of land for housing and wider development purposes, thus positively disrupting the traditionally upwards pressure on development land prices.”

Commenting on the new initiative, CIF Director General, Tom Parlon stated; “This is the latest in a series of major initiatives at a national level by Government to address the housing crisis. The Help to Buy scheme, LIHAF, Home Building Finance Ireland and a number of strategies are now in play to a lesser or greater extent at national level. The devil will be in the detail and in our experience, it will be at least 3-4 years from this announcement for this initiative to wend its way through the political, national and local government spheres and translate into physical housing output. So, in the meantime, to alleviate the worst effects of the housing crisis what’s required now is the alignment of all existing state bodies and agencies at national and local level to increase housing supply in a sustainable manner. We need to see progress before the required legislative and bureaucratic processes are in place to allow any initiative to make a substantial impact. Local authorities, An Bord Pleanala, the EPA, Government procurement and other state agencies must all now be adequately resourced, motivated and incentivised to align behind housing delivery.

“In the medium term, this agency has the potential to dampen the natural volatility in the housebuilding sector by essentially giving the state a lever by which it can influence land prices, of which are one of the largest components of construction costs in urban centres. This volatility dampening measure will also bring more stability to sector allowing housebuilders the certainty to invest in their businesses, technology and people. In other words, if implemented correctly and in a timely manner, this agency has the potential to significantly contribute to rebuilding Ireland’s housing stock whilst creating a sustainable Irish housebuilding industry.” Tom added.