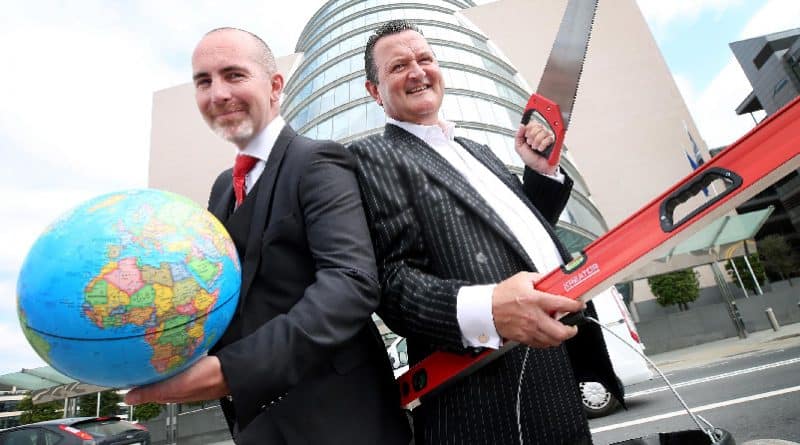 Dublin has been selected to host the 2019 Global DIY Summit following a competitive process which included bids from a number of key convention destinations including Rome and Amsterdam.

The event, which will take place over the course of two days in the Convention Centre Dublin next June, is expected to generate up to €5 million for the Dublin economy.

It is anticipated that the Summit will attract over 1,200 senior executive delegates from 65 countries, representing approximately 200 of the global industry’s top retail groups who together operate 28,000 stores, employ 1.6 million people, and generate sales in excess of €300 billion annually.

The Dublin bid was headed by Patrick Cassidy, CEO of Ireland’s leading independent hardware group United Hardware, which owns and operates over 150 Homevalue and Arro stores across Ireland.

Commenting on the successful bid, Patrick Cassidy said, “Hosting this Summit in Dublin next year is a major coup as it is a truly global event of significant scale and importance. The global DIY market is valued at approximately €570 billion annually and it is hugely satisfying that many of this industry’s most important strategic decisions will be made here in Ireland next year.”

“The domestic Irish DIY market has become a leader in shaping global trends within our industry and we now have a wonderful opportunity to demonstrate this excellence at first hand and share our learnings with international peers and partners.”

Topics for discussion at the event will include how technology is transforming consumer behaviour in home improvement, navigating potential geopolitical challenges such as trade tariffs, and global trends in relation to home ownership versus rental.

Tickets for the global summit will go on sale internationally in early 2019 along with confirmation of the programme of speakers.