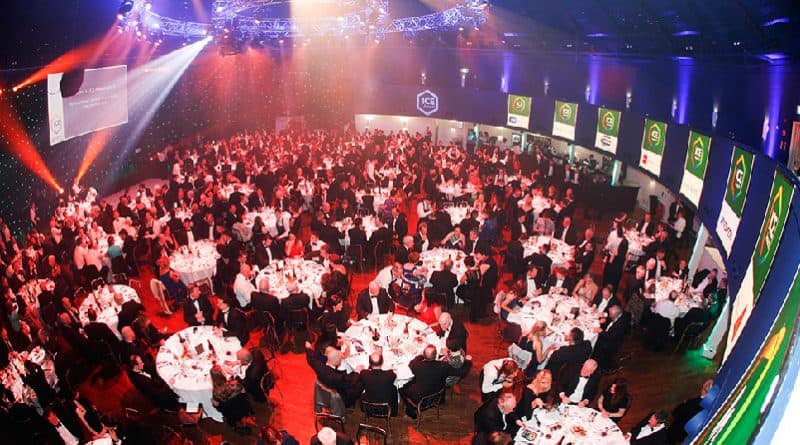 The Winners for the 2018 Irish Construction Excellence Awards (ICE Awards) were announced to a capacity room of 550 leading Irish construction companies in the historic surroundings of the Round Room at the Mansion House on Friday March 23.

ICE Awards Director, Colin Walsh said: “Having made the shortlist in itself is an achievement and all the Finalists should be justifiably proud. The Finalists showcased the capabilities of the Irish Construction Industry. It was great to see 550 construction leaders come together to celebrate construction excellence. We offer our congratulations to the Winners of the 2018 ICE Awards. The competition was tough and the winning projects are outstanding. Projects like the National Gallery of Ireland refurbishment, The Shelbourne Hotel  External Façade Restoration and the redevelopment of Páirc Uí Chaoimh GAA Stadium will be in the public eye for decades to come. We also had magnificent data centre projects which demonstrate what Irish contractors can do with their technical skills in that sector internationally.”

The judging panel for the 2018 Awards was made up of industry experts including Dermot Clohessy, former COO and Executive Director of IDA; Phelim Devine, Design Director/Deputy Project Director of the National Paediatric Hospital Development Board; Angela Brady OBE, Past President of the RIBA and Award-winning Architect; Seán McCarthy, Project Management and Lean/IPD Consultant who was Site Manager of Projects and Construction at the Intel Leixlip campus; Kerry O’Sullivan, Former Chairman of RPS, and MD of MCOS Consulting Engineers; Ruth Morrow, Professor of Architecture and Director and Co-Founder of the Tactility Factory; Paul Doherty, Chairman of theBIMcompany, and President and CEO of the digit group, inc.

The 2018 Industry Contribution Award was presented to Mercury Engineering Director Frank Matthews. The ‘Project of the Year’ provided the Construction Industry and members of the public with the opportunity to vote for their favourite project from the full Irish Project Finalist selection. There were over 12,000 votes online and the winning project was Páirc Uí Chaoimh GAA Stadium.

The 2018 ICE Awards Gala Event in the Round Room at the Mansion House, Dublin, on Friday 23rd March was the first major social event in the 2018 Irish Construction Industry calendar.  Anna Geary, former Cork All-Ireland winning camogie captain, broadcaster, coach, columnist, and finalist on RTE’s Dancing With The Stars was the MC for the evening. Anna was fresh from rehearsals. There were performances by Professional Dance Partners: Kai Widdrington and Giulia Dotta, an opening performance by Extreme Rhythm drummers and live music by Jungle Boogie.

A recent Aecom report predicts a 14% increase in output value to €19.5 billion for 2018 and the CSO Labour Force Survey figures showed that for the Quarter 4 2017 133,800  persons were employed in construction (seasonally adjusted figure). As the industry continues to recover employment and construction output will rise further.

The output of the Irish construction industry in 2017 amounted to approximately €17.5 billion, which represents an increase of 17% over the 2016 level and follows on from a similar increase the previous year. A similarly significant increase of 15% during 2018, which will bring output to just over €20 billion. (Source: Linesight). Employment in the Construction Sector is at almost 130,000. (Source: CSO)

Well over 50,000 jobs have been created in the construction industry since the lowest point of the recession in 2013. CSO figures indicate that industry has hired approximately 1000 people per month in this period. It is expected that 1 in 16 people in the economy will be employed in construction by 2019 as the industry enters a sustained growth phase (Source: CIF / DKM Consultants).

A full WInners gallery and selected images from the night can be viewed online: ICEAwards.ie