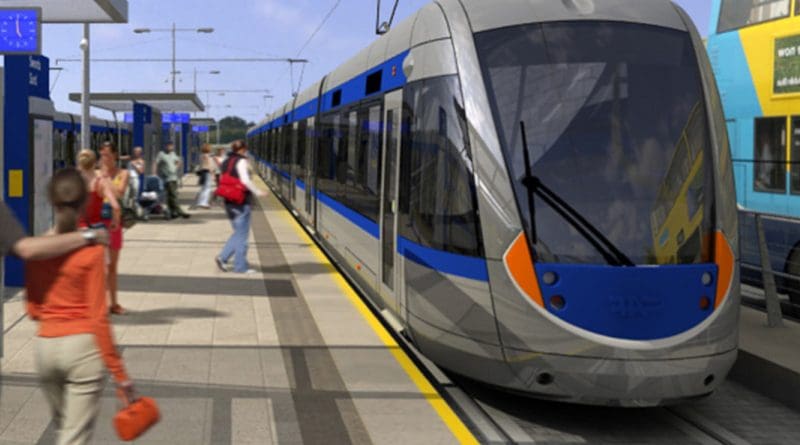 Fingal County Council has made a submission to Transport Infrastructure Ireland as part of the MetroLink Public Consultation process.

The document reinforces Fingal County Council’s support for the MetroLink project and focuses on five areas required to deliver the project in an efficient and integrated way which will leverage the potential for growth in Swords and Fingal in accordance with Project Ireland 2040.

The five areas addressed in the submission are:

These have led to Council to propose that:

Fingal County Council’s Director of Planning and Strategic Infrastructure, AnnMarie Farrelly, said: “Fingal County Council supports the development of the MetroLink project and very much welcomes the opportunity to engage with Transport Infrastructure Ireland and the National Transport Authority to ensure that the final design is the optimal alignment for MetroLink within Fingal.

“Project Ireland 2040 makes clear the future development strategy for Swords and Fingal is as a sustainable Metropolitan urban extension of Dublin, in the context of the Metrolink and the economic functional unit of Swords-Dublin Airport. Our submission is set against Project Ireland 2040’s ambitious set of goals, the National Strategic Outcomes, and focuses on the five areas required to deliver strong and dynamic growth in an efficient and integrated way and allow us to leverage the potential of Swords and Fingal in accordance with Project Ireland 2040. Fingal County Council believes that making Swords’ Main Street as part of the MetroLink route will facilitate the optimal regeneration and development of the town into the future. “We are confident of the significant benefits that MetroLink will bring to Fingal and the wider Dublin region and look forward to working with all stakeholders to deliver this key piece of transport infrastructure,” said Ms Farrelly.

Fingal County Council Chief Executive, Paul Reid, said: “Fingal will be transformed by the arrival of MetroLink which will have wide-ranging positive implications for the county and, in particular Swords. We have laid the foundations with the creation of the Metro Economic Corridor and our submission reflects the changes we believe will greatly enhance this vital project.”