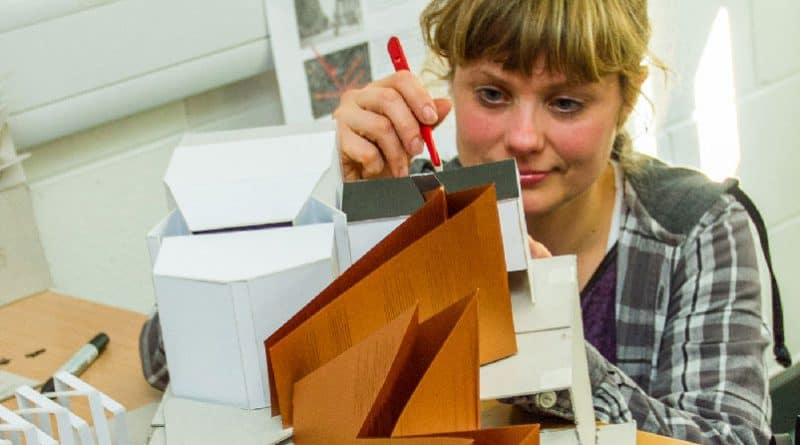 IT Sligo has announced the introduction of a new undergraduate Architecture programme this September — the first of its kind in the west of Ireland.

Interest in architecture has surged in recent years and the image of the profession has been boosted partly in thanks to television programmes such as RTÉ’s Room to Improve. IT Sligo has delivered undergraduate architectural design programmes for over two decades. With two highly-popular courses in Interior Architecture and Design and Architectural Design, the new course is a continuation of IT Sligo’s forward-looking approach to architectural education.

The BArch (Hons) in Architecture is a Level 8, five-year, full-time honours programme.

The course aims to encourage students to develop an understanding of and sensitivity to historical, contextual and cultural influences on the practice of design in a local, national, and global context.

Bernadette Donohoe, Programme Chair of Architectural Design at IT Sligo said: “Our progressive approach to architectural education builds on an established tradition of delivering undergraduate architectural design programmes for the last 20 years. We aim to empower students with a core belief in the spirit of a region and a desire to make a positive difference.”

The introduction of the new programme has been welcomed by NOJI Architects, an award-winning architecture and design practice based in Sligo, which works on independent and collaborative projects throughout Ireland.

NOJI Architects Partner, Elizabeth Clyne MRIAI said: “NOJI Architects fully support the creation of a Bachelor of Architecture course to the North Western region. It will lead to an increase in high-calibre students graduating and staying to work in the region. Architectural practices are always looking for the best degree-educated students to employ, now we have them on our doorstep.”

The Registration Body and Competent Authority for Architects in Ireland is the Royal Institute of the Architects of Ireland (RIAI), and programmes in architecture in Ireland are initially accredited by the RIAI and then recommended to the Minister for Housing, Planning, Community and Local Government for ‘prescription’, which means legal recognition as a qualification in architecture. Eligibility for admission as an architect to the Register for Architects and to Membership of the RIAI follows successful completion of an RIAI accredited degree programme in architecture followed by two years of post-graduate practical experience working with a registered architect together with a successful outcome in an RIAI accredited Professional Practice Examination. To use the title ‘Architect’ in Ireland a person must be named on the Register of Architects (Building Control Act 2007).

Sligo Institute of Technology has applied to the Royal Institute of the Architects of Ireland (RIAI) for the accreditation of its Bachelor of Architecture degree (BArch). The ‘RIAI Qualifications in Architecture: Procedures for Prescription under the Building Control act 2007’ sets out the process indicating each stage clearly. The BArch is at the ‘development stage’ of the RIAI accreditation process.

Applications to the BArch in Architecture are now open. For programme details please see: https://www.itsligo.ie/courses/barch-hons-architecture/