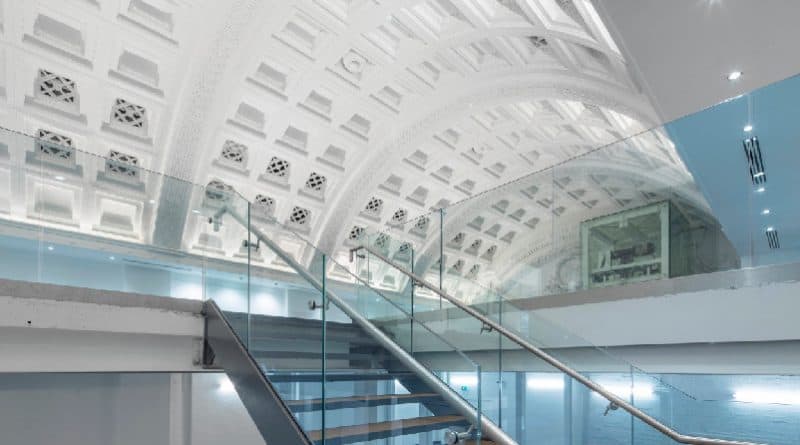 Opportunities to occupy a flagship retail property on Grafton Street – Dublin’s main shopping thoroughfare – are a rare occurrence. However, following IPUT’s redevelopment of Seventy Two Grafton Street, a unique offering is now being presented to the market. 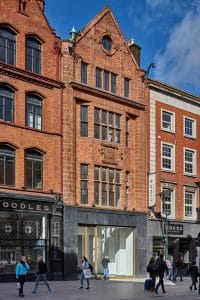 Seventy Two Grafton Street, which first opened its doors as a cinema in 1911, is one of Grafton Street’s most iconic buildings. Acquired by IPUT plc in 2014, the building has been sensitively restored and reconfigured to highlight a stunning curved vaulted ceiling at first floor level.

With 9,000 square feet of premium retail space over three floors, Seventy Two Grafton Street is, according to joint agents Savills & JLL, an ideal setting for a flagship retail store. The international real estate advisors are seeking €750,000 per annum and are targeting both local and overseas retailers.

Last week the public were provided with an exclusive preview of this unique space as part of the Brown Thomas ‘This is Beauty’ campaign. The hugely successful evening featured renowned make-up artist, Lisa Eldridge, and was attended by over 150 guests.

Seventy Two Grafton Street was designed in 1910 by architect, Richard Francis Caulfield Orpen, brother of the painter, William Orpen. Known originally as the Grafton Picture House, the building first opened its doors as a cinema on the 11th April 1911. Dublin received its first presentation of “talking pictures” when Thomas Edison’s Kinetophone technology was demonstrated here in April 1914.

The Cinema continued in operation for over 60 years until the 1970’s when the building was converted to retail use and Grafton Street became pedestrianised for the first time.

With an annual footfall of 57 million, Grafton Street is Ireland’s number one retail destination. The street comprises 90 retail stores providing over 900,000 sq. ft. of space with a current occupancy rate of 98%. It is also is the most accessible retail destination in Ireland, with close links to all major modes of transport.