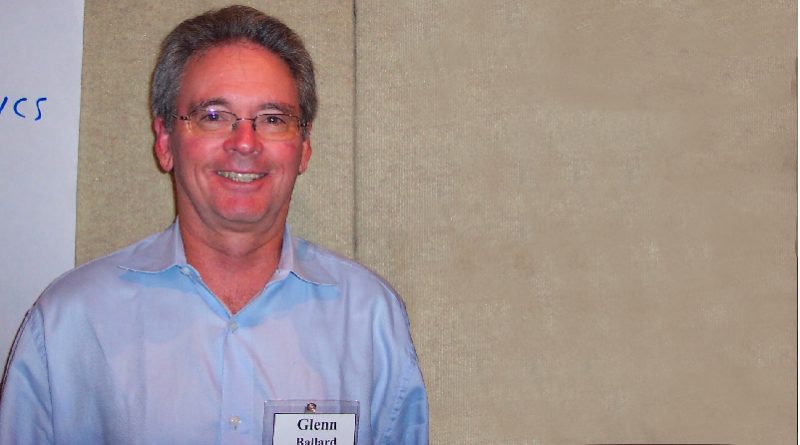 The LCI was formed in the United States in 1997 by Glenn Ballard and Greg Howell as a way to develop and disseminate new knowledge regarding the management of work in construction projects. Glenn with Greg Howell was also co-creator of the Last Planner System in the 1990s and is one of the most recognisable names in Lean Construction, having a prolific portfolio of academic publications on the topic.

The LCI defines LPS: “Last Planner is a production planning system designed to produce predictable workflow and rapid learning in programming, design, construction and commissioning of projects.” Glenn is currently the Director of the Project Productions Systems Laboratory at the University of California, Berkeley. He has a PhD in Civil Engineering from the University of Birmingham, UK and an MBA in Operations Management and Supervision from Holy Names College, California. Here Glenn talks to us about LPS and Lean Construction.

Glenn, how is Lean Construction adoption progressing in the United States?

There has been substantial growth in Lean Construction Institute membership and attendees at the annual congress (1,350 last year). There are also now more than 30 communities of practice throughout the United States.

Is Lean Construction now the mainstream method of project management for large projects?

I don’t know for certain, but I doubt that would be an accurate statement. Increasingly more large projects are using Lean management, but probably not yet the majority.

Please tell us how LPS developed in the 1990s and how it has changed over the past 20 years and has risen in popularity?
LPS originated in 1991 when I noticed that there was a remarkably low percentage of weekly work plan tasks that were completed. I began working on ways to improve that percentage, and over time defined LPS as it is today. Some of the changes over time: LPS was applied to design beginning in 1998; pull planning was added around the same time, which moved LPS from a focus entirely on causing what should be done to also specifying what should be done; namely in project phase planning. It’s always included specifying the design of construction operations, but previously not “schedules.” Another change has been in the software available for applying Last Planner. The first was developed by Strategic Project Solutions. More softwares are appearing now.

Can you please describe how LPS works and what it can offer a project team?

1) plan how to do the work in a phase, using pull planning with the people who will directly manage work execution,

2) make scheduled tasks ready so they can be done when scheduled, or else re-plan to find another way to hit milestones (done by identifying and removing constraints such as information and materials, and by designing the scheduled operations with the crew that is to perform them and using the first run as a test of that design, and revising as needed),

3) making reliable promises between the ‘last planners’; i.e., the frontline supervisors who are dependent on one another for release of work, and

4) learning from breakdowns – when a promise is broken,

5) Whys analysis is used to find countermeasures to prevent reoccurrence.

What are the main differences between LPS and traditional planning?

Traditionally, there is a strong separation between ‘planners’ and ‘doers’. Planners plan and doers do. In LPS, doers plan the work they are to do, but within the targets set for the project. Another difference is the focus on making commitments (reliable promises) between the frontline supervisors, as opposed to being asked to commit to a schedule. And finally, there is the emphasis on learning. It may be impossible to be perfect in planning and promising, but we can aspire to never making the same mistake twice.

Has LPS been a major change in work culture for contractors?

Yes, indeed. It changes the role of supervisors at every level in a project organisation. As an example, superintendents change from being order givers to enablers with responsibility for assuring that all the subsystems of LPS are functioning.

Can you tell us about some of the feedback you have received from contractors using LPS?

I would like to say that everyone who gets to know about LPS embraces it, but that would not be true. I can say, however, that the vast majority of construction foreman do embrace it once they see how it works.

What has been the general range of savings achieved with LPS?

That’s very hard to say. We have shown a strong correlation between PPC (the percentage of weekly work plan tasks completed) and productivity, and there is also some evidence that LPS projects are safer. Many projects have reduced their costs below budget by 15-30%. MT Hojgaard, a large Danish general contractor, reduced their accident rate by 70% when they began using LPS.

Is LPS a primary tool for Lean Construction companies in the United States?

LPS has always been a primary tool in Lean Construction and remains so. I should stress, however, that LPS is far from the only tool.

In what countries has it been most adopted?

Denmark, Finland, Norway, United States, Peru, Chile, Brazil, Australia, and the UK, Canada, India and Spain are on the move and will catch up within the next few years.

Can you give us some examples of famous projects where LPS was used?

What advice do you have for Irish contractors looking to learn LPS and become certified?

1) LPS does not replace thinking. Like all tools, it’s not better than its user.

2) Be patient but persistent. Resistance to change is normal. Overcome it by putting people into motion applying LPS in their own work. As my colleague Gregory Howell famously said, “How did you learn to ride a bike?”

How long should training take and how much practice is needed before a contractor is competent in using LPS?

That varies from person to person and company to company, but you should expect to spend a minimum of 3 months before you’re running smoothly, though perhaps not so smoothly in some subsystems (functions) as in others. Changing the culture is usually the most difficult hurdle to get over.

LCI US is developing standard courses, including for LPS.

How do you see LPS evolving in the coming decade as technology continuously improves?

Different technologies are appropriate, from planning software to simulators like those used to train pilots.

Aside from LPS, what other tools would you recommend contractors new to Lean Construction explore with the aim of integrating them into their business?

Simple tools such as value stream mapping and 5S can be very effective. More complex are alternative forms of project delivery, all of which are powered by target value design/delivery, which includes within it set-based design, choosing by advantages and A3 reports.

How do you see LPS evolving in the coming years as it becomes more popular internationally?

I see an extension of LPS into total project planning and control, an extension of reliable promising beyond frontline supervisors to direct workers, and the use of smartphones to assist in 5 Whys analyses of breakdowns (accidents, errors, and broken promises).

The ‘Current Process Benchmark for the Last Planner System’ can be freely downloaded from p2sl.berkeley.edu

Have you any advice for Irish Construction Industry Leaders interested in adopting Lean Construction?

Leaders of companies in the built environment space must understand that their companies will not be able to change until they do. Leaders have to learn how to lead differently if they are to successfully embrace the Lean Philosophy. Lean is not something you can fully delegate. It is not a tool, but rather a different way of behaving in the world.