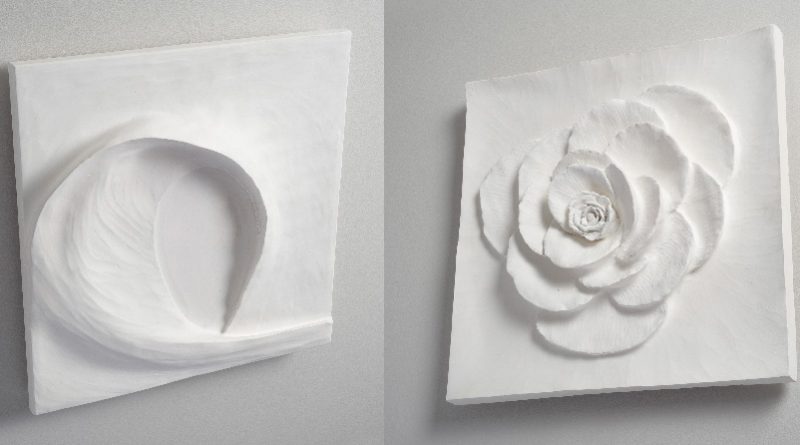 Paul Griffin, one of Ireland’s leading Historic Plastering Specialists, is launching a range of plaster sculptures formed into wall art for the modern home from his own designs. These artisan products are called Stuccoettes and can be shipped worldwide.

Having completed many commissioned decorative plaster pieces in the past Paul has now decided to bring out a range of plaster sculptures from his own designs and they are called Stuccoettes. Stuccoettes are Plaster Sculptures that you hang on your wall. As well as the Stuccoettes looking aesthetically beautiful, with the movement of light and shadows with the 3D shape they make, they take on a life of their own. You can see for yourself with the video on his site.

Paul Griffin is the founder of Griffin Plastering, one of Ireland’s leading Traditional Lime Plastering and Decorative Plastering companies.  Paul has been involved with plastering for over 20 years, learning the trade from his father and uncle who are also master plasterers. Griffin Plastering has completed numerous prestigious Historical plastering projects including the National Art Gallery, Trinity College Dublin, and the Shelbourne Hotel.

From developing a keen interest in design during his primary degree in the University of Limerick, Paul has also completed various courses including a sculpturing course at the National College of Art and Design (NCAD) in Ireland and a mould making course in Italy.

Paul explains to Irishbuildingmagazine.ie where the name Stuccoette comes from. “During the 18th and 19th centuries, Dublin was commonly regarded as the second city of the British Empire and during this period Dublin went through a golden age of fine building. Using hand modelling and mould making many of the ceilings and cornices in these prestigious buildings were decorated with beautiful Plaster Sculptures in-situ crafted by Stuccodores and a lot of the enrichments from this period would have ‘ette’ at the end their name such as Flowerette and Rosette. Stuccoette combines ‘Stuccodore’ and ‘ette’ showing respect to the past but also brings the plaster sculptures into the 21st century for modern homes.”

Concluding, Paul says, “We launched Stuccoette on the INDIEGOGO crowdfunding website a week ago and you can pre-order a Stuccoette there. We ship worldwide, if an architect, interior designer or individual who has an idea/design for a piece we would be happy to work with them to create their own unique piece of wall art, this could be a small piece or a full wall.”

You can also checkout Stuccoette on the following: