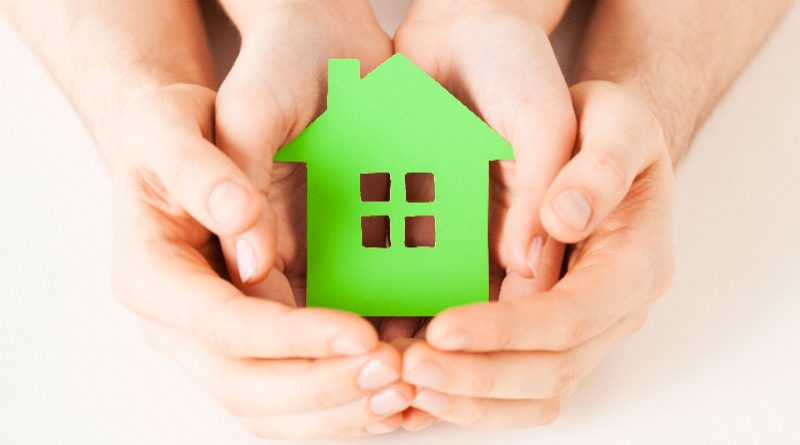 There has been much discussion and speculation of late on what the actual level of new housing construction in Ireland is. It is somewhat peculiar that we don’t have a single accepted measure of housing output given the social, economic and political importance of the issue coupled with our recent experience of a devastating housing bubble in this country.

While accepting that there may be some inflation in the official housing completion figures produced by the Department of Housing, Planning, Community and Local Government, and despite vociferous criticism, they remain the best guide as to the real number of new units being built nationwide. That said, the Department is currently examining various ways to improve the accuracy of its figures (including by referencing the Building Control Management System) which is obviously very welcome.

Notwithstanding the shortcomings, the official data indicate that just under 15,000 residential units were completed across Ireland in 2016. This was the fourth successive year of output growth and 80% higher than completions just three years previously. However, looking at the statistics with a less cheerful slant, 2016 was the seventh consecutive year when housing output was below the previous low point in the past 40 years and the number of new homes completed last year was less than half of the long-term average.

However, getting caught up in a discussion on the merits of housing supply statistics, important as this is, risks not seeing the forest for the trees. The other side of the supply – demand equation is just as important but much more difficult to quantify. Numerous estimates of the medium-term level of housing demand in Ireland exist, but they cover a wide range. The most commonly cited figure is that the country requires 25,000 additional units a year, although the range of estimates stretches from 19,000 (ESRI, 2014) to 40,000-50,000 (Daft.ie, 2017). For its part, the Government is targeting an increase in annual housing output to 25,000 units by 2021.

Looking at the first of these factors, Ireland has a relatively youthful demographic profile and a fertility rate (number of births per female) that is one of the highest in Europe. The country’s population has expanded by almost 30% in the past 20 years and population growth is also expected to be amongst the highest in Europe in the coming decades. Although based on 2011 census data, the latest population projections from the Central Statistics Office estimate that the population will grow by between 6% (the lowest scenario) and 16% (highest scenario) in the 15 years from 2011.

Turning to the second factor mentioned above, the average number of people per household in Ireland has declined steadily and consistently over the past 50 years; from 4.0 in 1966 to 2.7 in 2016. If this rate declined further to the European average of 2.3 people per household an additional 330,000 housing units would be required. Interestingly, however, the recent census data showed that the decline in the average household size stalled between 2011 and 2016. Whether this is a temporary pause (perhaps due to a lack of housing availability) on the path towards convergence with European norms remains to be seen but will be an important determinant of the level of housing construction that the economy needs.

Migration flows can have as equally an important influence on population change and housing demand as natural demographics, and can also be much more volatile and harder to predict. In fact, net migration has had a greater impact on the change in Ireland’s population than natural factors in three of the six five-year census periods since 1986. Although net migration was slightly negative in the 2011-2016 period as a whole, Ireland saw a return to net inward migration in the year to April 2016 for the first time since 2009. With the domestic economy, and the labour market in particular, performing strongly at present and expected to continue to do so, it would not be a surprise to see a return to significant levels of immigration in the next few years.

In the 10 years to 2005 net inward migration to Ireland averaged 28,000 per year and, although using the peak as a guide to future trends is never a sensible approach, it is still instructive to point out that net immigration peaked at more than 100,000 in the year to April 2007 before the country swiftly moved to a position of net emigration as the scale of the economic crash became apparent. Indeed, those in the construction industry will be more familiar than most with the ebbs and flows of workers across national borders. On this topic, in the recently published SCSI/PwC Construction Survey 73% of respondents said that they had experienced difficulties in recruiting skilled workers last year. Should this difficulty intensify as activity levels increase, Brexit may offer an unlikely source of optimism if Ireland becomes a relatively more attractive destination than the UK for construction workers from other EU countries. Of course, additional residential construction workers coming from abroad will also need somewhere to live!

Housing stock obsolescence, the fourth component of housing demand, is particularly difficult to put a reliable number on. Estimates of obsolescence, essentially the number of housing units that fall out of use, typically vary from 0.5% to 1% of the total housing stock per year. Taking just the low point of this range would still mean that close to 10,000 new housing units are needed each year just to maintain the number of homes in the country at existing levels – not much less than the number of new builds last year.

So when it comes to the task of increasing housing output to match the annual requirement, the reality is that we don’t have a clear picture of what the actual demand level is. And if we don’t know what demand is, then we also don’t know what the current supply shortfall is or the increase that’s required to bring some degree of balance back to the market. Indeed, given the variability in the factors discussed above, the true medium-term new housing requirement may be significantly higher than the 25,000 units that is often mentioned, particularly if the domestic economy continues to perform strongly and net immigration returns to the levels of the late 1990s and early 2000s.

Leaving aside both the uncertainty around projected demand, and the concerns about the accuracy of completion statistics, it is clear that output needs to increase significantly and sustainably. The scale of the required increase inevitably raises concerns about the capacity of the industry to deliver. The issues that are holding back supply are plentiful and complex. The availability of suitable land, access to the required finance, infrastructure requirements, planning considerations, the availability of labour resources and the costs of construction have all been legitimately cited as hurdles for the industry, but none should be insurmountable.

However it is also important to point out the progress that has been made so far. Examples in recent months include the allocation of €226m of much-needed infrastructure spending to 34 separate projects as part of the Government’s Local Infrastructure Housing Activation Fund, the bringing to market by local authorities in Dublin of four large sites capable of providing 3,000 housing units and the publication of a comprehensive map of 2,000 hectares of land suitable for housing in state and semi-state ownership. While such moves should help ease some of the impediments to growing the housing supply, it will take some time for these initiatives to have a meaningful impact on output and the forward-looking indicators (commencements data, planning permissions, etc.) remain underwhelming.

The merits of other government measures are more questionable. The “help to buy” scheme, which offers a tax rebate of up to 5% of the purchase price of a new property for first-time buyers, boosts the wrong side of the supply – demand imbalance and has therefore served to stoke price inflation. Similarly, the caps on rent increases do nothing to increase supply in the rental sector and appear to have encouraged some small-scale landlords to exit the market. One potential initiative that has been touted for some time, but the Government has so far resisted, is a reduction in the VAT rate on new homes from the current 13.5%. The hospitality industry still benefits from a 9% VAT rate despite a buoyant domestic economy and hotel occupancy rates that are now amongst the highest in Europe. Surely the time has come to use all available measures to tackle the housing crisis.