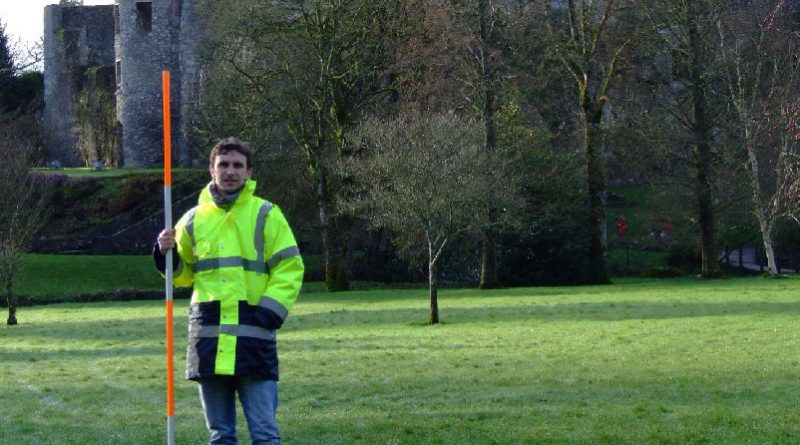 Waterford Institute of Technology (WIT) has re-launched its BSc in Applied Conservation Skills as a two-year part-time programme to meet the needs of the industry ahead of incoming legislation.

The BSc in Applied Conservation Skills is hugely attractive to those working in all areas of conservation from architectural and construction firms specialising in conservation work to employees of local authorities.

From September 2017, the BSc in Applied Conservation Skills will run over two years instead of one year. Students will attend WIT for one day a week in two 12 week blocks each year (typically September-December and January-May).

“Offering the course part-time it makes it more accessible to people who are self-employed e.g. carpenters, plasterers, and masons,” says course leader Terry Prenderville. “It is also a win win solution for businesses who are seeking a competitive edge in heritage and conservation tenders and contracts. They only have to release an employee for one day.”

Ian O’Neill, who also leads the course explains an additional benefit. “A growth in heritage tourism and new legislation is contributing to the need for more professionals with competence in building conservation,” he says. “In recent years we’ve had students travel from as far away as Mayo to take this course, and we expect as a one-day-a-week commitment it will be very popular this year.”

Colm Murray, Architecture Officer with The Heritage Council makes the point that the achievement of high standards of quality in building will not be achieved without formal educational opportunities at all levels.

“Workers at all levels in the construction industry are now required to demonstrate their competency before being allowed to build, and for this reason, qualifications such as WIT’s BSc in Applied Conservation Skills are needed. This is the first accreditation that has been made available in Ireland for the on-site skills needed to take care of historic buildings.”

Jeanette Mair, Construction Industry Federation Executive and Manager of the Register of Heritage Contractors says there is an ever-increasing demand for main and specialist heritage contractors who have the competence, i.e. knowledge and skills, to conserve, repair and restore the wide range of heritage structures and sites in Ireland

“Acquiring traditional building and conservation skills is vital for the on-going repair of our built heritage. Investment in this area results in the creation of sustainable construction jobs and contributes to economic regeneration,” she says.

Pictured above is a recent graduate of the course, Cobh native Hugh Kavanagh, who in 2007, set up his own survey company called Landmark Survey offering surveying and illustration services to archaeology and building conservation consultancies.

Kavanagh had started our working with old buildings while studying architectural technology in the 1990s. He also had spent time in craft design and archaeology research. He made good use of the economic downturn by turning his energies to being a stay-at-home dad and with his son starting school he felt it was time to look towards his career.

“I found the BSc in Applied Building Conservation at WIT and returning to Waterford to study was a pivotal event for me, WIT has something really special on its hands with this course – there is still a big gap between those who design and those who build,” he said.

For Kavanagh it was the perfect refresher course and underpinned the experience he had gained through his career.

“As someone who has worked in conservation for over 15 years, I found that the balance of the practical and the academic was just right and that it would serve me well into the next 15 years.”

Kavanagh’s taste for education has been whetted by WIT, and in 2016 he awarded a place at the prestigious INTBAU summer school for classical architecture, the Englesberg Summer School in Classical Architecture in Sweden.