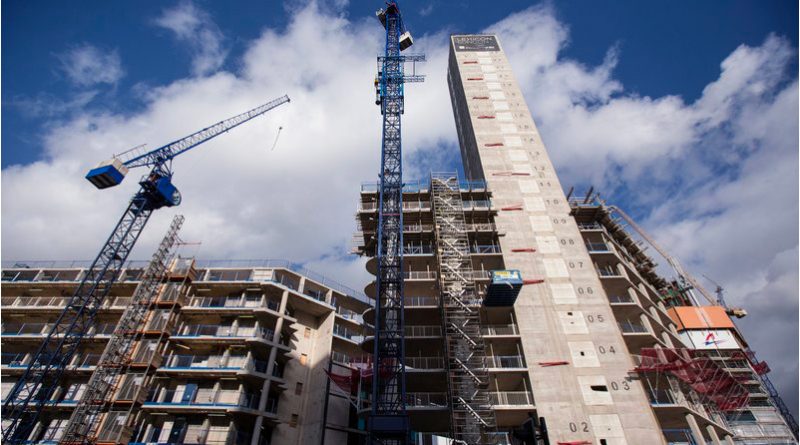 The CIF has warned that despite huge demand for housing and Ireland’s infrastructure deficit, project planning applications and commencements remained static in the first half of 2017 compared to the same period in 2016.

Director General of the Construction Industry Federation, Tom Parlon said; “This analysis shows project commencements are relatively static and permissions granted projects are down despite huge demand for construction activity in the residential, commercial and infrastructural sectors. The Government has nominally set aside €45billion in the Public Capital Programme and set a target of 35,000 homes annual output by 2021. As we move into 2018, we should be seeing a larger increase in the numbers of plans submitted and granted and in the projects starting onsite. We will continue to monitor progress throughout 2018 and 2019 to identify potential blockages in the construction pipeline around the planning system.

The CIF has long stated that there are fundamental issues such as a lack of finance, procurement issues and planning delays that are preventing the efficient and timely delivery of critical construction projects. The fact that new project commencements are static year on year is a concern in the face of the shortage of housing and what everyone agrees is now an economy- threatening infrastructure crisis. The industry currently accounts for about 7% of GDP well below the agreed sustainable level of 12%. Today’s analysis by Construction Information Services should provide a clarion call for Government, local authorities, and industry to collaborate more effectively to deliver Ireland’s construction requirements.

The significant reductions in plans granted by value and volume pose a serious challenge to the civil engineering sector as several large projects near completion. At the same time, critical infrastructure projects are being deferred due to a lack of investment by the State. DKM carried out an analysis of Government expenditure on actual infrastructure construction (roads, rail, broadband etc) and it revealed that there is only around €350m available annually up to 2019. This amount is paltry in the context of the scale of large infrastructure projects required to cope with Ireland’s rapidly growing population and expanding economy.”

It found that the overall volume of construction projects commencing On-Site in H1 2017 remains almost static at 1325 when compared to the same period in 2016 (1317) for the Republic of Ireland. There was an increase in residential projects from 200 to 276 compared to the same period in 2016. These 276 residential projects started contained 7,596 units in multi-unit developments indicating that Government measures to stimulate housing, such as the help to buy scheme, are gaining traction. Residential (excluding Self-build) also recorded an increase in permissions by 48 projects over H1 2016 amounting to 8,193 units.
Looking at the regional analysis in project value terms for H1 2017 versus the same period in 2016, Leinster is down by €250m, however, the number of projects commencing On-site increased by 35. Ulster (ROI) is down both in value and volume – €75m and 4 projects respectively. In Munster, project values increased by €60m but the number of projects decreased by 16. Connaught showed positivity in both value and volume of projects for H1 – €150m and 32 projects respectively. Finally, Co. Dublin showed an increase in values of €151m but the volume of commencements.