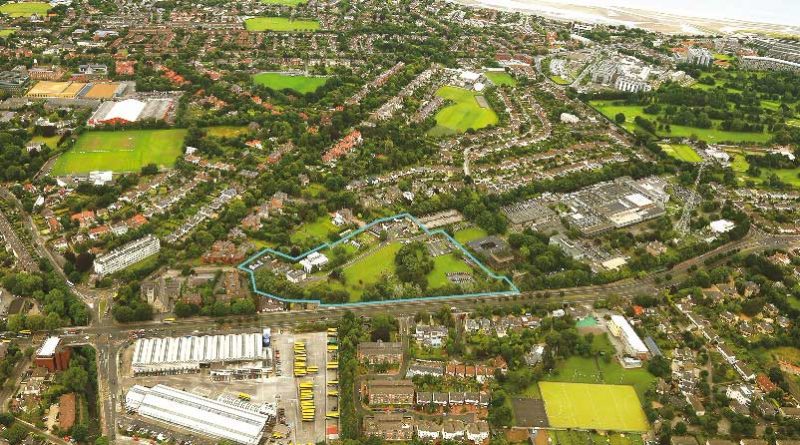 Savills has just announced the much anticipated sale of prime development lands in Donnybrook, Dublin 4 – one of the City’s most prestigious and high value residential locations.

Entitled ‘Project Montrose’ the site comprises 8.64 acres of lands owned by Irish national broadcaster RTÉ. It is adjacent to RTÉ’s broadcasting headquarters at Montrose, Donnybrook and provides an incoming purchaser with the opportunity to develop a mid to high-end housing scheme of up to 500 units comprising a mix of apartments and houses – subject to securing necessary planning permission.

The single land holding represents one of the largest, predominantly residential, development opportunities in Dublin 4, according to Savills, and is being sold with a detailed feasibility study for a high-quality housing scheme, designed by O’Mahony Pike Architects – one of Ireland’s leading architectural practices.

Savills Ireland Director, Mark Reynolds commented: “This area of Dublin is synonymous with exclusive high quality apartments and period houses, but supply has been limited due to the lack of appropriate development sites. Therefore, we see Project Montrose as a once in a generation opportunity to be part of a truly transformative development story in one of Dublin’s most affluent and fashionable areas. For anyone serious about urban development not only in Ireland but in Europe, it doesn’t get better than this”.

He continued: “The pent up demand from buyers and renters for quality apartments in prime locations in Dublin 4, coupled with the backdrop of limited competing supply, will ensure a successful sales campaign for the scheme when completed.”

The overall property extends to an area of approximately 8.64 acres –forming part of the existing RTÉ Montrose complex, which consists of approximately 32.12 Acres. The site also accommodates one protected structure called Mount Errol House, dating from the 19th century, which is currently used as office accommodation and for training purposes.

Donnybrook is recognised as Dublin’s premier residential business and embassy district and has always been considered the pre-eminent residential address. The subject lands have the benefit of two access points, one off Ailesbury Road and the other via a new dedicated junction off the Stillorgan Road, which will be completed by Q1 2018.

The site is easily accessible adjoining the R138 (Stillorgan Road) which is one of the primary arterial routes into Dublin City Centre from South Dublin, also has the benefit of a Quality Bus Corridor (QBC) giving easy access to the City Centre and the DART is approximately 1.0km (15 minute walk) away at Sydney Parade station.

Savills has been retained as the sole selling agents for this prestigious land bank and are guiding €75million and further information can be secured from the Development Team at 01 618 1300.