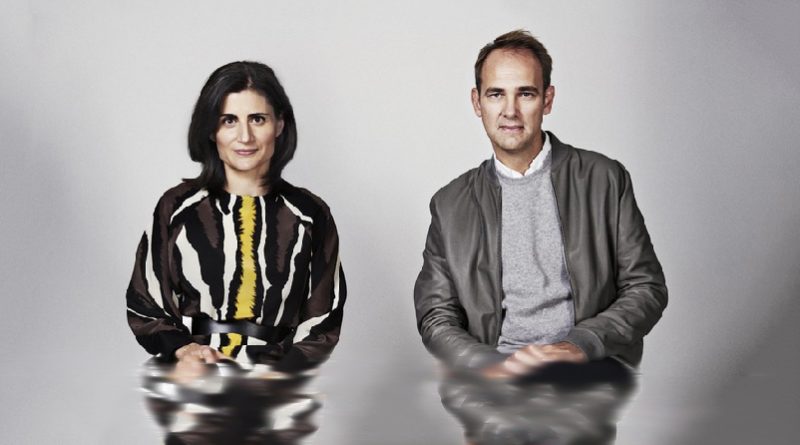 New Now Next, the popular architecture talk series launches its fifth edition this March. Curated by the Irish Architecture Foundation and sponsored by Arup, the purpose of these free events is to bring dynamic people to Dublin to inspire audiences who are interested in the innovative research, design and construction of buildings and cities.

New Now Next is about disseminating NEW Ideas, regarding contemporary issues relevant NOW that can impact on the NEXT generation.

“ I am delighted to announce this exciting 2017 series with our partners Arup. We share a vision of being cultural leaders that aim to participate on a global stage while also making an impact locally. The 2017 line up will focus on cities, infrastructure and housing, essential issues of our time” says Nathalie Weadick Director of the Irish Architecture Foundation.

Rory McGowan, Director, Arup added “The current lineup for New Now Next will widen the themes addressed in the series to date and provide more opportunity for reflection on our own development here in Ireland”.

Kicking off the series at the Royal Irish Academy on March 23 is the dynamic duo from WORKac, Amale Andraos and Dan Wood. Amale Andraos is Dean of Columbia University Graduate School of Architecture, Planning and Preservation and co-founder of WORK Architecture Company. Dan Wood, FAIA, LEED AP, leads international projects for WORKac ranging from masterplans to buildings across the United States as well as in Asia, Africa, and Europe. WORKac explores the intersection of the urban, rural and natural, and has achieved international recognition including the 2015 American Institute of Architects NY Firm of the Year. Founded in 2003, they embrace reinvention and collaborate with other fields to rethink architecture ‘in the world.’ This talk is in partnership with the Royal Irish Academy and will be chaired by Lawrence Lord.

To book a FREE place for Amale and Dan’s 23 March talk please go to https://nnnamaledan.eventbrite.ie

Next up on May 11 is Peter Bishop who over the past 25 years has been a planning director in four different Central London Boroughs and has worked on major projects including Canary Wharf, the development of the BBC’s campus at White City and the Kings Cross developments, one of the largest and most complex sites in London. He was appointed as the first Director of Design for London, the Mayor’s architecture and design studio, in 2006, the Deputy Chief Executive at the London Development Agency in 2008 and in 2011 he carried out a review of national architecture and design policy on behalf of the Government and the Design Council.

On September 14 we have the return Winy Maas to Dublin, who was last here ten years ago at the invitation of the Irish Architecture Foundation. Winy is an architect, urban designer and landscape architect and one of the co-founding directors of the globally operating architecture and urban planning firm MVRDV. Based in Rotterdam, Netherlands, Maas is known for projects such as the Expo 2000, the vision for greater Paris, Grand Paris Plus Petit, and more recently the Market Hall in Rotterdam. This talk is in partnership with the Office of Public Works and will be chaired by Shane O’Toole.

And finally to round off the series on November 1, Merritt Bucholz, founding Professor of Architecture at the School of Architecture University of Limerick. Together with Karen McEvoy he practices architecture as part of Bucholz McEvoy Architects. Major built works include Fingal County Hall, Limerick County Council Headquarters, Westmeath County Council Headquarters and Library, Elm Park mixed use development, and the Samuel Beckett Civic Campus. Bucholz McEvoy Architects are noted for award winning low energy designs, and have twice represented Ireland at the Architecture Biennale in Venice.