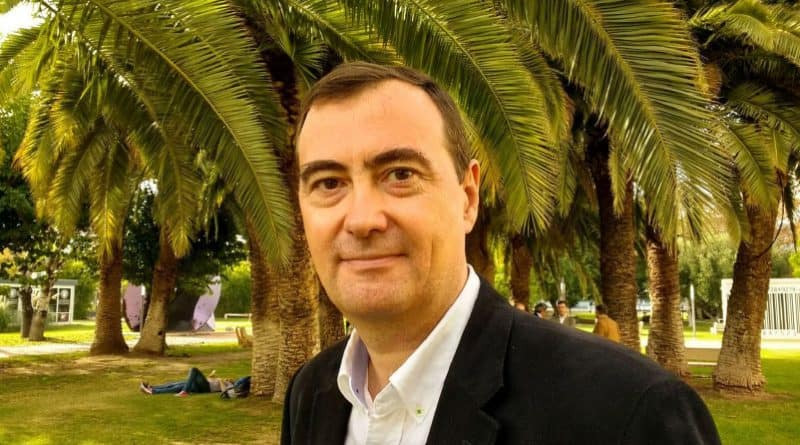 Everything started in 2008. I had been in touch for a long time with Professor Luis Fernando Alarcón (from the Pontificia Universidad Católica de Chile); he is one of the founders of the Lean Construction movement around the world. He gave a seminar in Valencia in 2008 on Lean Construction, and since then I have been working with him to promote Lean in the Spanish Construction Industry. We wrote two articles in the Revista de Obras Públicas (the oldest Spanish journal) regarding Lean Construction as well as the Last Planner System (LPS), in 2009 and 2011, in order to disseminate it.

In 2011, two part-time professors (José Luis Ponz and Fernando Cerveró) at the Universidad Politécnica de Valencia (UPV) and I got together and decided to spread out the Lean Construction philosophy in Spain, starting in our own university. We launched the first meeting of the Spanish Group for Lean Construction in Valencia. Furthermore, we also introduced a specific regular course on Lean Construction in the M.Sc. in Planning and Management in Civil Engineering (School of Civil Engineering). It was a success because 90% of the students of the M.Sc. attended this course over the years, in spite of being an elective course. Later, another course on Lean Construction was also introduced in the School of Building Engineering (UPV). Now, we are also offering a new elective course on Building Information Modelling (BIM) in the M.Sc. in Planning and Management in Civil Engineering; this is the first specific regular course on BIM at UPV.

Some of the attendees at the first meeting of the Spanish Group started their careers as consultants for the industry. Many of them have been quite successful and are guiding companies and organisations on Lean Construction, in general, and the implementation of LPS and BIM from a Lean perspective, in particular. Some specific courses focused on professionals have been carried out by these consultants around Spain, sometimes with our collaboration. Anyway, the introduction of Lean in the Spanish Construction Industry is still very, very slow. We are clearly behind other Northern European and American countries. There is still a lot of ground to cover.

Is there strong collaboration between industry and academia?

Unfortunately, this is not the case in the Spanish Construction Industry. Even though we have some of the largest construction companies in the world, they tend to manage things by themselves, or even worse, to collaborate with foreign universities and organisations instead of doing it with national ones. The medium-size enterprises are more receptive, but this long and deep crisis in the construction sector has made them reticent to collaborate. Regarding Lean, some small companies are sometimes more willing to try. The Spanish legislation does not help much either in order to favour this collaboration. Even though some progress has been made encouraging research and innovation in the construction industry, the stimulus for patronage is almost non-existent in Spain.

What approach have you taken to delivering Lean Construction education at the Universidad Politécnica de Valencia?

At the School of Civil Engineering, we also started to teach some basic concepts of Lean Construction in the last year of the B.Sc. in Civil Engineering. Mainly, we have introduced the Last Planner System as an alternative planning and control technique. In the classroom, the students perform a simulation of a pull session of a simple project (it is generally a concrete bridge or an isolated single-family house), or a more complex project they already know because it has been used for a previous exercise. Groups of two or three students can be formed, acting as a team, and assuming the role of a specific last planner. These are generally the site manager team (including the site supervisor), on the one hand, and several subcontractors and suppliers, on the other hand. The teacher has to divide the roles in a way that all the team participates in a similar way; the teacher also acts as the facilitator of the simulation.

As commented previously, this year we are going to offer an elective course on Building Information Modelling too. This course approaches BIM in two ways: as a set of software tools and as a collaborative management process. We are also introducing the concept of Civil Integrated Management, which focuses on other software tools that apply to civil infrastructure systems from a holistic and collaborative viewpoint. We hope that this can be the first step to start a BIM/CIM approach in a lot of the courses in the B.Sc. in Civil Engineering at our School.

Can you describe the Lean Construction syllabuses you developed?

In the M.Sc. in Planning and Management in Civil Engineering, the course on Lean Construction was implemented as an elective in the second semester of the 2011-2012 academic year. This course takes into consideration most of the key issues of the topic: historical evolution, waste, flow, value stream mapping, pull management, LPS, standardization and optimization of construction operations, BIM, Integrated Project Delivery, as well as other lean techniques (5S, Poka-Yoke, Kan-Ban, A3 report, etc., among others). LPS is the main element of the course. The teaching and learning method is dynamic and focused on students, as the central characters of this learning process, aiming to develop their leadership and team working skills. The Lean Construction course is based on a mixed method of active and collaborative techniques, including games, overcoming the limitations of the classical methods. Through this approach, students become protagonists of their own learning, and teachers play the role of facilitators, guiding the learning process as they progress in their research. The structure of the course is based on: reading and class discussion; problem-based methodology with games; advanced scheduling techniques for the LPS; and a real project.

What are your recommendations for academics wanting to develop a Lean Construction syllabus at undergraduate and postgraduate levels?

What are the main research interests in Lean Construction in Spain?

As we are in a very early stage of introducing Lean, the companies are attracted mainly to LPS and BIM because they are the most tangible facets of Lean. We need the support of companies in order to develop research. Generally, companies are not funding us directly, they are only allowing our students to “experiment” within their organisations and projects; nevertheless, for us, this is more than enough so far.

How has the Spanish Construction Industry influenced what you have taught students?

I think that at the UPV we are achieving success. Quite a few of the recent alumni from the Schools of Civil Engineering and Building Engineering are aware of the Lean Construction approach and they are convinced that their implementation is needed. This is a unique characteristic of our alumni because, unfortunately, Lean Construction is not even cited in the rest of Spanish universities, in spite of our efforts writing articles in professional magazines. I am convinced that this is going to make a difference in the medium and long term in two ways: our alumni will be more demanded by the market, and these ideas will be spread out when they get upper work-posts in the organisations.

Please tell us about the work of the Spanish Group for Lean Construction and your role in it?

The first meeting of the Spanish Group for Lean Construction was a big success: there were more than one hundred professionals and academics in attendance. We had a strong support from the Vice-Rector of Employment of the UPV (Carlos Ayats) and the Dean of the School of Civil Engineering (Vicent Esteban). We brought many key figures of Lean Construction to the meeting: Alan Mosmann, Christine Pasquire and Paulo Napolitano. That was the seed that started the process. From that moment on there was a small, but steady, increment on the interest in Lean Construction in Spain, from two points of view: academic and professional.

Right now, I try to keep in touch with some of the consultants that are offering advice and training to the companies, often collaborating with them. I have also tried to keep, with the help of Fernando Cerveró, the Spanish Group alive, coordinating meetings as well as managing the LinkedIn group. Anyway, I have tried to keep a more academic role since the beginning; only from time to time we advise construction companies, such as in the implementation of LPS at the Porta de la Mar building in Valencia by the construction company Becsa. We also collaborate in some of the specific courses that the consultants organise for professionals.

Some companies are curious about Lean Construction and ask about it. However, the specific demand is very, very low. As I said before, the big companies have their internal procedures, very difficult to change, and they tend to manage changes in-house. They have departments developing BIM, mainly because they need to implement it in foreign projects, but not Lean. Medium and small-size are more receptive, but the crisis deters them from trying to implement Lean Construction practices.

What has been the feedback from industry regarding graduates knowledge of Lean Construction?

Our students taking the Lean course started working three years ago in the industry; we think that it is still too soon to have feedback from them. In spite of this, some of these alumni are working abroad and, those in Chile mainly, have been working in companies implementing Lean. Some of our alumni are also working with BIM too. We think that in a few more years they may make a difference, mainly in Spanish companies.

In your opinion, what Europe countries are leaders in Lean Construction?

I think that the more remarkable European efforts have been done in the United Kingdom and the Nordic countries. Even though, they are far behind other American countries such as Brazil, Chile, and the United States.