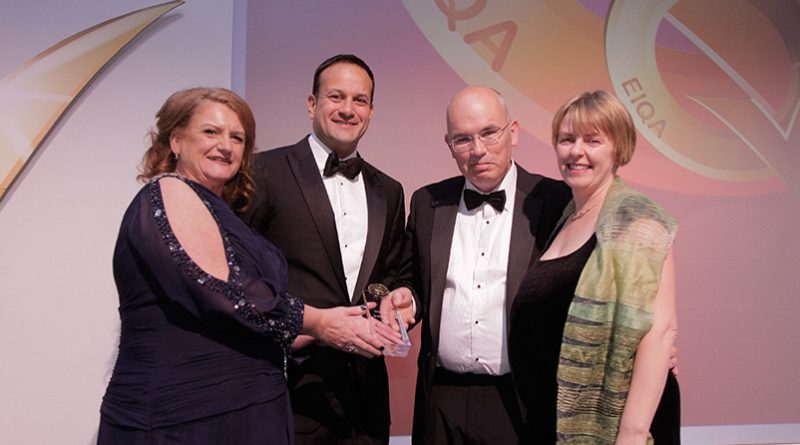 McGrattan and Kenny, based in Dublin, has just been named as the Best Engineering Company in Ireland for Quality Management Systems at this year’s National Q Mark Awards.

Hailed as “The champions of Business Excellence”, the team from McGrattan and Kenny were beaming with pride as they were called to the stage to receive the winner’s medal during a thrilling awards ceremony held in the Double Tree by Hilton Hotel in Dublin.

The Q Mark Awards are forever associated with Quality and Excellence in the minds of Irish consumers and it is the only system which allows businesses monitor 100% of their processes and procedures 100% of the time. Winning this award has shown that McGrattan and Kenny truly cares about their customers and is willing to go the extra mile to ensure that it achieves the highest possible standards at all times.

McGrattan & Kenny was established in May 1968 and provides building services nationwide to the industrial and commercial construction sectors. They are leaders in their field with a wealth of expertise and a team of 40 highly skilled employees. Bringing fifty years’ experience to the mechanical engineering and contracting industry with a track record for completing projects on time and within budget.

The Minister for Social Protection, Leo Varadkar TD, who attended this year’s National Q Mark Awards, said “At the heart of the Government’s strategy is supporting Irish businesses through policies to create the environment for a strong economic recovery by promoting competitiveness and productivity. Quality standards and good governance enables this growth and competitiveness and it is exciting to see companies in the public, private and not for profit sectors competing side by side. These are the modern Irish businesses that are driving the engine of our recovery, and I wish them every success in the future”.

As they left the stage, Eamon McGrattan said “Winning the Q-Mark Business Excellence Award validates all of the years of work undertaken by the McGrattan & Kenny team in order to reach this point in our development and this Q Mark award gives us another edge over our competition – Imagine how good U2 would be with 2 Edges”.

Irene Collins, Managing Director of The National Q Mark Awards said, “It was Walt Disney who said that if can dream it, you can do it”. The team in McGrattan and Kenny were happy to put this to the test and did it! Well done to everyone involved.