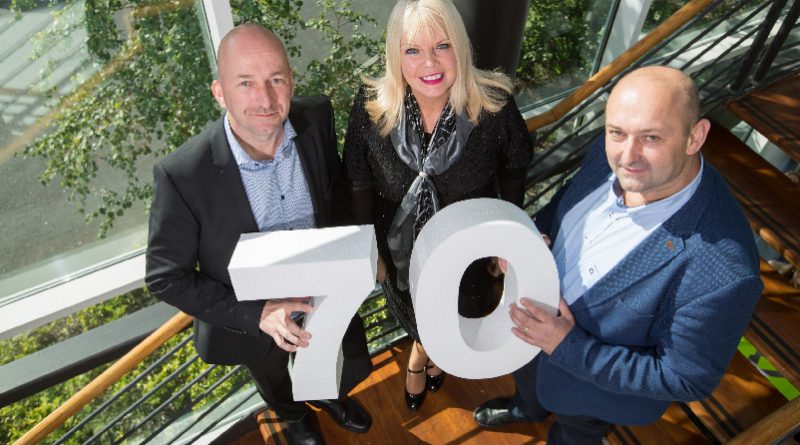 Minister of Jobs, Enterprise and Innovation Mary Mitchell-O’Connor T.D. has officially opened the new Biopharma Engineering (BPE) offices in Dublin and announced the firm’s creation of 70 new jobs over the next 3 years to support continued growth at the indigenous engineering design firm.

Speaking at the office opening, Minister for Jobs, Enterprise and Innovation Mary Mitchell-O’Connor T.D said, “I welcome the announcement that Biopharma Engineering is opening a new office in Dublin and bringing 70 highly skilled graduate jobs to Dublin and Cork. Biopharma Engineering is a great example of an Irish company that has excelled nationally and internationally in its market. One of my priorities as Minister is creating an environment where job growth can thrive right across the country. I am delighted to officially open these new offices, which will serve the North, East and West of Ireland as well as UK and other international markets. I wish Richard and John and their team every success for the future.”

BPE has doubled its workforce over the last 18 months, and has invested significantly in software and systems to serve the €100 Million large capital project arena. The company focus is to continue serving existing clients and repeat business with all of the major Pharmaceutical companies operating in Ireland, while also expanding in UK and EU markets. Recruitment is currently underway for a number of roles in both Cork and Dublin offices, where the new jobs will be based.

“Our company has delivered capital projects worth more than €500 million for our clients and we continue to scale in terms of markets, capabilities and ambition.  The new Dublin offices will enable us to serve our clients better and ensure that we continue to deliver the highest quality engineering design solutions which clients have come to expect from BPE,” said John O’Reilly, Director and Co-Founder, Biopharma Engineering.

Stephen Hughes, Manager, Construction and Cleantech, Enterprise Ireland added: “The reputation of Ireland as a supplier of high-end engineering services to the world’s pharmaceutical industries has been built over time through high levels of investment and continues to grow. Biopharma Engineering has developed its own reputation through winning many major contracts in Ireland and is now winning business overseas with targeted customers in a number of key markets. Enterprise Ireland looks forward to working with the company as it grows, expanding internationally as a key supplier of high-end engineering services to the Life Science & Pharmaceutical sectors and creating sustainable jobs at home in Ireland”.

The new Dublin Biopharma offices are located in Westland Business Park on Willow Road, Dublin 12, with the Cork offices based at the NSC Campus in Mahon, Cork.