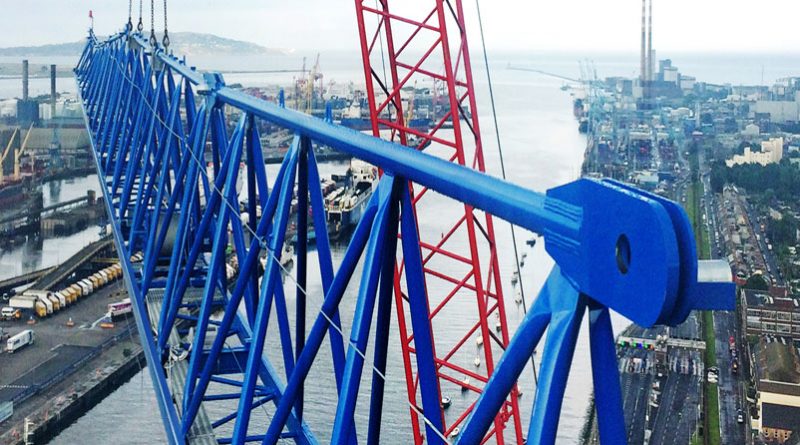 A total of six Raimondi tower cranes are to be erected on one of Dublin’s most ambitious jobsites to date.

The 660,00 sq. ft. project is the latest large scale undertaking in the country aimed at revitalizing the community. Designed by O’Mahony Pike Architects, the same firm behind Google Ireland, Capital Dock will be a combination of office, residential and retail, and plans for LEED Gold rated buildings that work with the natural landscape and maximize the advantageous waterfront location are already in place.The official Raimondi Cranes agent of Ireland, Irish Cranes has already erected five of six cranes, with one MRT213 currently in progress. “We became involved in this job because of the high quality of our tower crane hire fleet, which is all Raimondi cranes,” explained John Kenny, Service Manager, Irish Crane & Lifting. “We will have a total of six cranes erected in all at the Capital Dock jobsite as of September 10, 2016: four MRT213s, one MR210, and one MRT152, free standing to 91 meters erected on the site. These cranes, all equipped with anti-collision and zoning systems, were chosen because of the fast erecting times and reliability on the job site,” continued Kenny. The cranes, erected over periods of one to two days each, are on hire for varying timelines ranging between 70 to 90 weeks.