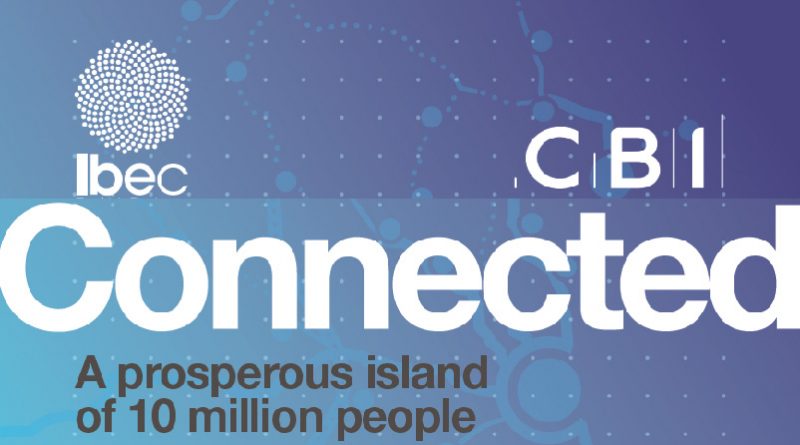 Ibec and the CBI, the two major business groups in Northern Ireland and the Republic, today launched a major new report that sets out ambitious proposals to upgrade the all-island transport network.

The groups said urgent investment is needed to support exports, job creation and business development, as the population of the island increases over the coming years.

The business groups warned that the major challenges created by Brexit demanded a new, concerted and coordinated policy response to mitigate the significant risks it poses to all-island development. Despite the Brexit vote, all-island investment must remain a priority. The task now is to ensure that vital infrastructure is delivered during this period of uncertainty. Ibec and the CBI will continue to identify and facilitate all-island investment and funding mechanisms as the Island adjusts to the changing political backdrop.

Currently the inter-urban road network needed to ensure the efficient, timely movement of people and goods within, to and from this island, is far from complete. Many existing routes are currently characterised by congestion and bottlenecks. The report, Connected: A prosperous island of 10 million people, sets out the following key priorities to complete and deliver a comprehensive all-island motorway/dual carriageway network:

If delivered, Ibec and the CBI believe this network will make it easier to:

Move around and across the island: The ease of movement for people will be significantly improved especially where there are no motorways now.

Do business: The network will make it easier for companies to transport, market and sell goods and services on reliable predictable all-island basis.

Connect with the rest of the world: by linking the entire island into a network that connects with all the island’s international ports and airports.

Promote technology/innovation: Driving adaption and use of new fuels and other possibilities such as driverless and electric vehicles for goods and people.

Support Tourism/Sport: The Network will strengthen the island’s credentials as an ideal location to hold a major sporting tournament.

Embed peace and prosperity: World class infrastructure helps to bring economic opportunities and prosperity to every region, locality and community.

Ibec Director of Corporate, Strategic and International Affairs, Mary Rose Burke said: “Infrastructure is the backbone of everyday life, underpinning economic activity. There is no activity that does not rely on infrastructure in some form. But inadequacies in infrastructure are quickly felt by almost everyone. This Joint Business Council Report outlines investment proposals for strategic infrastructure to enhance all-island connectivity. The result will be a much improved transport ‘backbone’ that measurably improves everyday life and boosts economic activity, investment and employment across the island of Ireland. Continuing to focus on delivering these needs is especially important given current uncertainties.”

CBI Northern Ireland Director, Nigel Smyth said: “Investment in all-island infrastructure and initiatives must progress with added urgency. Progress has been achieved over the last two decades but we must now set out ambitious plans to complete the connectivity across the island that businesses need. Ibec and the CBI will continue to identify and facilitate investment and funding mechanisms to deliver the ambitious proposal that is put forward by the all-island Investment Project. Business will rise to the challenge and continue to build on the strong historical cooperative relationship across the island and between the two islands.”