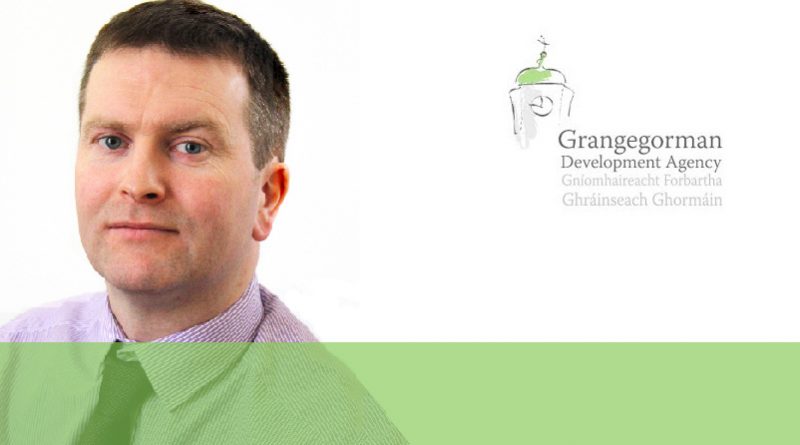 The Grangegorman Development Agency (GDA) has just announced the appointment of Mr. Gerrard Casey as its new Chief Executive Officer.

Mr. Casey is an architect with twenty years’ experience, the first eleven of which were in the private sector where he was involved in a wide variety of projects.

Mr. Casey worked as an architect for Duffy Mitchelll O’ Donohgue (DMOD) and was part of the team, along with Moore Ruble Yudell, who won the Grangegorman Masterplan competition in 2008.

Following this Mr. Casey re-located to the GDA on secondment from DMOD as a consultant architect for the overall project and in 2015 was appointed to The GDA as Director of Architecture and Planning.

Mr Casey has played a central role in the project over the past 10 years including the development of The Masterplan, the Strategic Plan, The Strategic Development Zone and Planning Scheme process, the delivery of the Broadstone Gate, construction of first new build on site, Phoenix Care Centre for the Health Service Executive,   the adaptation of several protected old buildings for the first DIT students to come to Grangegorman and the major site infrastructure and public realm project.

The Minister for Education and Skills, Mr Richard Bruton stated “It is with great pleasure that I welcome the appointment of Gerrard Casey as the new Chief Executive Officer of the Grangegorman Development Agency. I am confident that Gerrard will provide the GDA with the leadership and direction necessary to carry on the excellent work undertaken by his predecessor, Mr. Michael Hand. Gerrard’s understanding and experience of the challenges and opportunities which the GDA is tasked with addressing will stand him in good stead for the role. Under his leadership the Department and the GDA will continue to drive the consolidation of the Dublin Institute of Technology within a single campus, as well as the delivery of the new Health facilities and primary school for the benefit of the North Inner City.”

Speaking about the appointment, Chairman of the Agency, Oliver Cussen, said “Gerrard Casey takes on the leadership of the Agency at a critical time as it moves into the next major phase of development of the Grangegorman Project. He has the experience and expertise to lead the delivery of this transformative project over the coming five years, for the benefit of all key stakeholders – the Health Services Executive,  Dublin Institute of Technology, the local Community,  the City and , the State, . I would like to congratulate Gerrard and I look forward to working closely with him over the coming years.”

Mr. Casey said that he was delighted to have been given the opportunity to lead such an exciting project. He said “I have been working on the Grangegorman project for a long time now. I’d like to thank Michael Hand for all of his hard work and now I hope to build on the legacy of achievements Michael has left behind. There is a great team in the GDA and I really just want to continue the fantastic work that has been done to date.”

“One of the key priorities will be the delivery of the Central and East Quad for September 2019. This will unlock a lot of other potential on site at Grangegorman for the benefit of all stakeholders.”

Gerrard Casey is a native of north Dublin city and a graduate of DIT school of Architecture. He currently lives in Dublin with his wife Melanie and his three children Aisling, Senan and Cian.