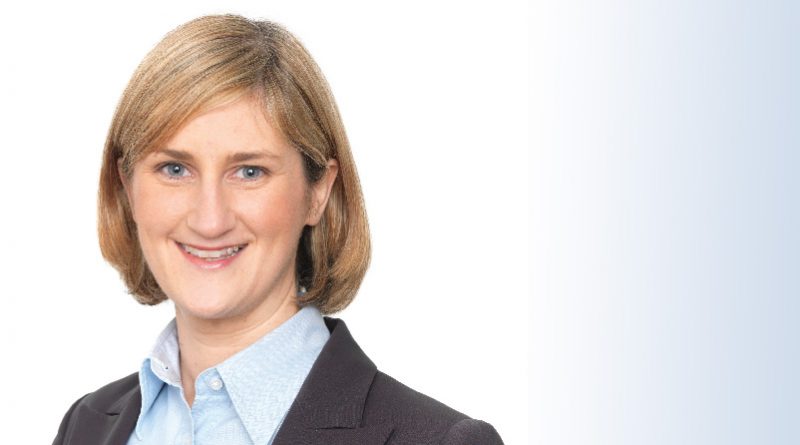 A mere five months into 2016 and it has already been a year of change for construction contracting in Ireland both in the private and public sector.

The industry has  seen the introduction of the long awaited reform of the Public Works Contracts (effective from 4 April 2016) and we now have a definitive date for the operation of the Construction Contracts Act 2013 (the Act) – 25 July 2016.

This article focuses on some of the changes to be introduced to payment, suspension and dispute resolution mechanisms in the construction industry as a result of the Act but with a particular focus on amendments that may be required to the way in which parties draft their construction contracts.

The Act will apply to a wide range of construction contracts including main contracts, subcontracts and professional team appointments entered into after 25 July 2016 in Ireland irrespective of the law of the contract and it cannot be contracted out of.  There are some limited exclusions to the application of the Act including contracts with a value of less than €10,000, PPP contracts or contracts for the construction of an owner occupied dwelling of less than 200 square metres.

What’s New? – It’s all about the money

Most existing industry forms of construction contracts already comply with section 3(1) of the Act which states that a construction contact must provide for the amount of each interim payment or, in the alternative, an adequate mechanism for determining the amount of each interim payment. This acknowledges the possibility, for example, of milestone payments under main contracts or consultants’ appointments, but with an explicit exception for subcontracts which must have a strict 30 day payment regime. It is also relatively straightforward to establish extant compliance across industry standard form contracts with  section 3(2) of the Act which provides for the inclusion in construction contracts of a payment claim date (or an adequate mechanism for determining same) together with providing for the period for payment of the amount claimed.

Section 4 of the Act, however, sets out a new (albeit optional) regime in relation to the delivery of a Payment Claim Notice. The main nuance to be aware of is that this section provides the contractor with the opportunity to issue a separate or (perhaps consolidated) Payment Claim Notice to his usual interim payment application procedure prescribed in the contract, the receipt of which obliges the paying party to set out in very clear terms and within strict timelines, the amount it proposes to pay and reasons for withholding any payment and obliges it to pay the accepted amount by the payment due date.

Importantly, section 4 allows a 5 day window following the payment claim date prescribed in the contract within which the Payment Claim Notice may be served and it must be served on the employer or another person specified under the construction contract.  The employer/specified person then has 21 days to respond but, importantly, time runs from the payment claim date rather than the date of service of the Payment Claim Notice.

Sub-sections 4(2) and 4(3) of the Act respectively set out in broad terms what the Payment Claim Notice and the Response Notice should look like.  Template notices have also recently been issued to stakeholders for review but there is no certainty yet as to the weight that will be placed on them. It seems that they will not be appended to Code of Practice as was originally proposed and so they can, at most, be seen as guidance documents.

In circumstances where no Response Notice is issued at all by the employer/specified person, it is not clear under the Act whether this amounts to admission of the entirety of the claim.  This is the position in England and Wales. The Act, however, is silent on this and so it must be presumed that the claim is not fully admitted in such circumstances, at least until we receive guidance on this from the courts in some of the first test cases certain to emanate out of the introduction of the Act.

It should be noted that service of a Payment Claim Notice and/or Response Notice is not a condition to the parties rights’ to refer a payment dispute to adjudication under the Act and section 4 expressly states that the rights and obligations conferred under it are in addition to any conferred by the terms of the construction contract.

Every subcontract must now contain 30 day payment terms or better and pay when paid is outlawed except in the case of insolvency up the chain.

Parties also need to be aware that the right to refer a payment dispute to adjudication at any time will exist statutorily irrespective of what their contract says.

Reflecting change in our contracts

Arguably, the most important provisions of the Act to reflect in construction contracts are the payment and suspension provisions.

It would seem that contractors will always wish to serve a Payment Claim Notice which triggers the consequent obligation to serve a Response Notice and so paying parties need to be on notice of the same in their contracts together with the timelines for responding.  It makes sense to align the parties’ statutory protections with the contract. It, therefore, may be prudent to consolidate the Payment Claim Notice and any interim payment application such that the contract provides that both issue within 5 days of the relevant payment claim date.  Best practice is to incorporate into construction contracts precise drafting around the content and timing of issue of the Payment Claim Notice and Response Notice to align with the prescriptive nature of the Act. The employer’s or specified person’s role in relation to the receipt and issue of Payment Claim Notices and Response Notices respectively should also be expressly identified in the contract. Many contracts currently provide for the contract administrator to carry out this role and if this is the preferred practice, it should be noted in the contract that the contract administrator is a specified person for the purpose of section 4 of the Act.

Many contracts contain bespoke provisions which allow the contractor to suspend works for non payment but the timelines with respect to invoking such a right usually range between a period of 30 – 90 days following the expiry of the payment due date and not within 7 days’ notice of having missed the payment due date, as the Act now provides. This is a provision worth reflecting in the parties’ contractual terms.

The extent of amendments required to the dispute resolution provisions of construction contracts may be less significant than those outlined above save to acknowledge that the right to refer a payment dispute to adjudication exists at any time irrespective of the provisions of the contract. Parties may wish to continue to include the traditional forms of dispute resolution in their contracts in any event (particularly since the ambit of adjudication under the Act only extends to “disputes relating to payment”) and there is nothing prohibiting them agreeing to alternate forums so long as the parties are aware that the right to refer a payment dispute to adjudication at any time statutorily exists (including midway through another process). This may also be the reason why some parties may not wish to include an alternative dispute resolution forum to adjudication in their contract other than litigation or arbitration as a final and binding forum.

How have standard form contracts been amended to take account of the Act?

The Public Works forms of contract (PWC) have not yet been updated to take account of the payment, suspension or dispute resolution provisions of the Act. They currently do not make any reference to payment claim or payment response notices and Clause 11 of PWC-CF1, by way of example, contains certain inconsistencies with the statutory payment regime under the Act.  It is noteworthy that in the recent amendments to the PWC introduced by Circular “01 2016”, significant amendments were made to the dispute resolution provisions of the contracts introducing the concepts of a standing conciliator and a project board but with no mention of adjudication.  It will be interesting to see what, if any, further amendments will be made prior to 25 July 2016.

The CIF form of subcontract for use with the amended forms of PWC has, however, already been amended to provide for Payment Claim Notices, Response Notices, a strict 30 day payment regime and adjudication.

There will be a lot of “catching up” to do over the coming months to ensure that industry standard form contracts are aligned with the payment, suspension and dispute resolution provisions that will be statutorily binding in Ireland for all construction contracts entered into after 25 July 2016. Whilst failure to amend the industry standard form contracts and appointments in advance of 25 July 2016 will not have any consequences as the statutory provisions will apply in any event and override the contractual provisions, to the extent they are in conflict, from a practical and good contract management perspective and in the interest of avoiding further disputes in respect of interpretation, all parties entering construction contracts on or after 25 July 2016 should seek to ensure that their provisions are compatible with the Act to the extent possible.  There will be enough disputes to be had about the merits of claims and potential jurisdiction issues!