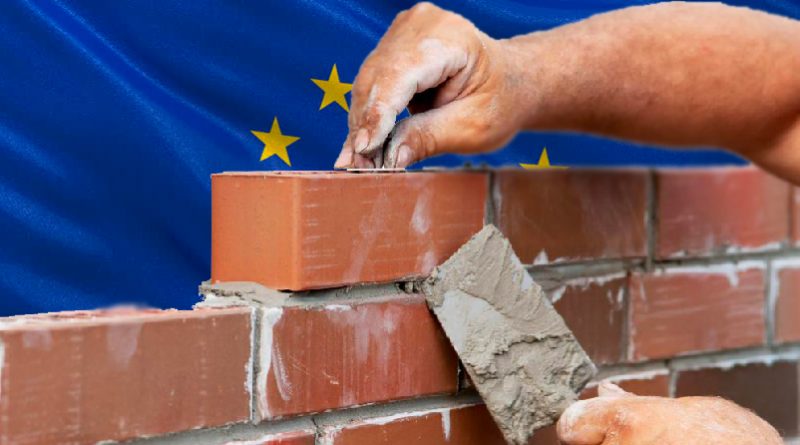 The Irish Government has published a Contingency Framework document identifying key policy issues to be managed by Government Departments arising from the referendum vote in the UK to leave the EU. Below, we have provided a link to our coverage of this. Also, the Construction Industry Federation (CIF) released a statement on Brexit on Monday calling for further investment in Ireland’s infrastructure.

CIF statement: “The CIF will continue to monitor the impact of Brexit on the Irish Construction Industry.

The ramifications of this result are likely to see some reduction in GDP in Ireland, our largest market the UK and the potentially across the EU.

The Irish Government must engage with the UK and the EU to ensure that as much certainty as possible is brought into the process. Information on the UK’s next steps and the timeframes involved are vital for Irish construction businesses to measure risks in the coming months.

Regardless of any reduction in growth forecasts, arising from the referendum result, the Irish Government must now prioritise even more strongly the public capital programme. This is an investment in the long-term viability of the Irish economy. The positive impact of investment in infrastructure is one of the only economic certainties in this current period of uncertainty.”

We spoke with Dr Peter Stafford, Caroline Spillane, Richard Crowe, and Kevin Rudden for their views.

Speaking to Irish building magazine about Brexit, Dr Peter Stafford, Director of the Building Materials Federation said, “Ireland has a lot of experienced businesses who have worked in the UK for generations. They have adapted to trends and will continue to do so. They have shown flexibility during other crises, and should continue to do so now.”

Caroline Spillane, Director General, Engineers Ireland said: “Engineers Ireland is monitoring the situation closely now that the UK public has voted to leave the European Union. The currency fluctuations seen in recent days would be a major cause for concern as these shifts could impact on the competitiveness of Irish engineering firms.” “Additionally, because of general uncertainty post the Referendum, investment in the UK market could suffer, as confidence in the economy wavers, making it harder for builders to raise funds – and Irish construction firms may be less likely to go there.”

“Ten per cent of Engineers Ireland’s membership is based in the UK. We have strong historical relationships with the main UK professional engineering bodies and we do not foresee any immediate impact or change in those relationships.”

Richard Crowe, President of the Association of Consulting Engineers Ireland (ACEI) and MD of Nicholas O’Dwyer was analytical and positive in describing what he thinks the future holds for Irish consultants in the UK: “During the recent recession, many Irish engineering firms looked to the UK as a market for consulting engineering services and developed local business sectors and branch offices. All of these small and medium enterprises (SMEs) found the UK market attractive because of its geographical proximity to Ireland along with its similar regulatory and statutory regimes. To be agile and successful, an SME needs to operate with a minimum of bureaucracy as well as have the scope to concentrate on service delivery requirements. SMEs have limited capacity to deal with wide variation in regulations and value the common standards such as procurement regulation, European codes of practice and legislation brought by the EU.”

“Following Brexit, the biggest threat facing Irish consultancy engineering firms is the uncertainty regarding how a separation of the UK from the EU will work in practice. The eventual outcome is unknown. The time-frame for negotiation is unclear. For businesses operating on an all-Ireland basis, the cross-border implications are especially uncertain.   The potential additional time and compliance required on a cross-border trade, as well as the freedom to move staff between Ireland and the UK / Northern Ireland is also unknown. Strategic planning in this environment is impossible for SMEs. They will have to become even more nimble in response to rapidly changing circumstances.”

“There appears to be a consensus emerging that the UK economy will suffer, at least in the short-term and obviously any retrenchment in UK construction spending will impact on the projects available for Irish engineering firms in that jurisdiction. Irish firms may also become less competitive in the UK where work is carried out in design offices in Ireland for that market, as a result of exposure to Sterling fluctuations. Long-term trends are, however, impossible to predict at this point; we have seen in the run-up to the referendum how the ‘smart money’ got it very wrong.”

“Once the current uncertainty has been resolved I would be optimistic about the UK market for engineering services. There will continue to be a long-term need for infrastructure development and renewal throughout all western economies, including the UK, where many large international engineering and construction firms currently operate from. These firms will continue such operations and will need services from smaller niche engineering consulting firms. Therefore, there will be many opportunities for Irish firms that have highly developed technologies and also share a common language, background, educational and professional accreditation system with the UK.”

“However, to get to that point we need to weather the current crisis. The Irish Government must play a major role here and act swiftly to ensure that Ireland’s interests are strongly represented in all negotiations so that uncertainty is contained as far as possible. Timely information on the UK’s next steps and the timeframes involved is also needed for businesses to assess risks and take action.”

“I would also subscribe to the call from the CIF to the Irish Government to prioritise even more strongly the public capital programme. Such an investment in the long-term viability of the Irish economy will bring some certainty at least to the industry in the coming months.”

Kevin Rudden is CEO of GARLAND, an International Engineering Consultancy based in Ireland, with offices in the UK and Saudi Arabia. Kevin is the most recent Past President of the ACEI and was recently appointed the President Elect of The European Federation of Consulting Engineering Associations (EFCA) representing over 1 million members in 28 countries.

Kevin gave us his opinion. “The immediate fluctuation in the value of the pound against the euro was the first impact of Brexit felt by the Irish Construction Industry. This is likely to make Irish exports more expensive from a British perspective, which will negatively impact on export demand and consequently economic growth.”

“It is predicted that the shockwaves and uncertainty created by Brexit will throw the UK into recession. Ireland and the UK exchange €1.2 billion worth of goods and services each and every week. Therefore significant impacts are inevitable from such a seismic change in the relationship between the UK and the European Union.”

“The real impact of Brexit depends on the nature of the withdrawal agreement. The more the UK continues to do business with the EU, the less the impact on Ireland will be. There are probably five or six different exit scenarios open to the UK ranging from a Comprehensive Economic Trade Agreement Model (CETA) to the World Trade Organisation Model. Each scenario will impact very differently on the Irish Construction Industry. The preferred scenario is the Comprehensive Economic Trade Agreement Model (CETA), also known as the Canadian Model.”

“Historically ease of access to the UK has made the UK one of the easiest locations for Irish design consultants to export their services. Dublin to London is Europe’s busiest Air Route, carrying 4.5 million. Any changes in the access arrangement will impose significant delays to the industry and inevitably increase costs.”

“The UK’s departure from the EU terminates its membership of the European Investment Bank (EIB), a significant funder of crucial UK infrastructure projects. Over the past three years, the Bank has invested more than £16 billion, in UK projects. In the past few months, the EIB announced funding of £280m for the expansion of University College London and £700m in the Thames Tideway Tunnel. The uncertainty surrounding Brexit will make it extremely unlikely that an alternative source of funding will be realised. Any reduction in new projects coming to market will increase competition for those projects making it more difficult for Irish companies to win new projects at economic rates.”

“The European Commission calculates that public authorities spend approximately 18% of GDP on contracts for works, supplies and services. Since the 1970’s, EU Procurement Directives have established an equitable and transparent mechanism to govern the manner that these goods and services are bought. The directives contain many measures intended to make the tender process accessible to SME’s. They also ensure that all EU businesses stand a fair chance of winning public sector projects in all EU countries. Many Irish design consultants bid annually for a piece of this £200 billion annual spend. Access to these public projects is seen by many as essential to establishing a sustainable business in the UK.”

“Brexit removes the UK’s obligations to follow these EU procurement requirements. It is likely that protectionism will prevail with UK authorities anxious to ensure the UK companies are the main beneficiaries of UK public spending.”

“Protectionism, however, works both ways, with the UK no longer able to rely on the privilege to bid equally for projects in other member states. While Irish companies may lose out on public projects in the UK, the voids created elsewhere in the EU (including Ireland) by the withdrawal of UK companies might prove more valuable.”

Irish construction businesses have shown their ability to grow and adapt in the past when facing problems. With recent history, close relations and similarities with the UK, the future looks positive for Irish businesses operating in the UK.

Leading law firm William Fry has published information relating to Brexit and its potential influence on “Trade, Imports and Exports” among other categories: