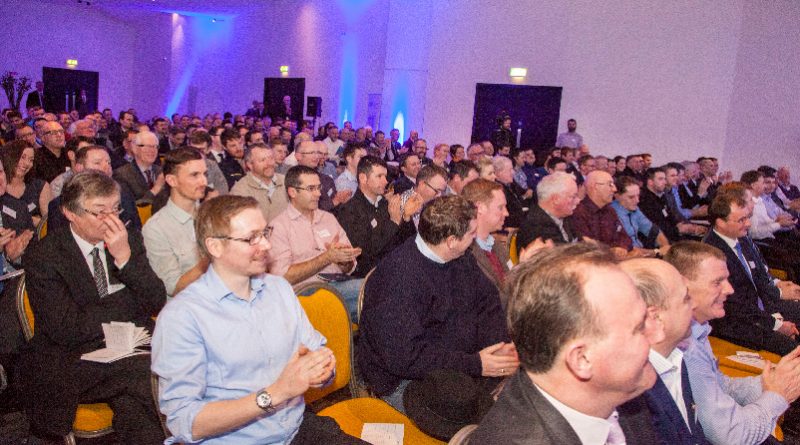 Lean began back in 1950s Japan at Toyota. The Toyota Production System (TPS) started to become popular during the oil crisis of 1973. It built on the work of Sakichi Toyoda (founder of Toyota), his son Kiichiro Toyoda, and the famous industrial engineer Taiichi Ohno. Lean developed as a philosophy, strategy and as a set of tools at Toyota. This was production, in a factory setting. This is much more successful than the on-site environment where there can be the problems of a once-off project and working in an uncontrollable environment.  Toyota’s goal was to produce cars of the best quality, at the lowest cost and with the shortest lead time through the elimination of waste.

TPS or The Toyota Way became famous because of its efficiency. The philosophy and principles soon spread to other manufacturers, and eventually to other industries.  Manufacturers famously hired former Toyota employees to come and improve their companies, something that is still common today. Jeffrey Liker’s ‘The Toyota Way’, published in 2004, explains the management principles and philosophy behind Toyota’s reputation for quality and efficiency. Lean or ‘Lean Production’  has spread to many other sectors.

These days, if you look at production and manufacturing jobs, you will see roles titled ‘Lean Specialist’, ‘Lean Engineer’ ‘Lean Performance Manager’ and ‘Lean Lead’. Jobs in business and IT also have ‘Lean’ in the title. Lean developed in manufacturing in strategy and on the shop-floors. Lean has been applied at Apple, Boeing, and Amazon. It has been applied in a variety of sectors: building materials, product manufacturing, transportation, food, healthcare, education, computer software, public sector and many more.

With regards precision, time in manufacturing plants can be discussed in seconds or less, this type of precision is hard to replicate in a site environment, unless there is a lot of repetition and enough time for to develop a learning curve. Experimentation has been a large part of Lean adoption in manufacturing, as well as teaching and training.

Bringing Lean into the Construction Industry

In Britain, the John Egan report ‘Rethinking Construction’, published in 1998, examined the scope for improving quality and efficiency within the British construction industry. Several reports were previously commissioned, with the aim of reviewing performance and recommending improvements. The influence of Egan’s report increased interest in Lean and the report influenced other English-speaking countries, including Ireland.

Large companies are interested in Lean. Large clients are experienced and have the benefits of project repetition and the advantage of scale. Presently, and further into the future, we will see the combination of Lean and Green, Lean and BIM and the three combined. Already in academia, researchers in these individual areas are exploring the other areas. With a drive to leave behind the ‘traditionally inefficient image’ of the construction industry, which has gained momentum with the increasing popularity of BIM, Lean has a big future in mainstream construction, and not just for large contractors and consultants.

Lean has been integrated into building education around the world. Lean Construction is taught either as a postgraduate degree, an individual module or as a part of a management module. Lean conferences and seminars with academia and industry coming together are now common.

Lean is means of maximising value while minimising waste. Lean has evolved from Toyota’s TPS, and gone beyond shop-floor application, and the distinction between strategic Lean thinking and Lean production at an operational level is critical in understanding Lean. ‘Lean Thinking’ codified the essence of Lean production into five basic principles: Value, Value Stream, Flow, Pull, Perfection.  Here we will outline each to give an overview of Lean. The five Principles have been called an oversimplification, but Lean in practice involves tools, processes, and data collection and analysis, and if individually explained are exhaustive do not give a good concise overview of Lean.

Value – Value is essentially what the customer wants. Value is created by the producer, and hard for the producer to define accurately. Defining value is complicated when considering the construction process, and the needs of greater society.

Value Stream – Value Stream is the sequence of tasks that delivers what the client wants.

Flow – Work should flow steadily and without interruption from one value adding or supporting activity to the next.

Perfection – The achievement of perfection may be impossible but in falling short, you would have operations more efficient than previously. Perfection in Lean is aiming for a constant state of continuous improvement.

The Lean Construction Institute (LCI) Community of Practice (CoP) in Ireland has raised awareness as to how the members can implement Lean. Enterprise Ireland has offered training and consultancy supports to help companies adopt Lean practices. The Construction Industry Federation has offered its members a ‘Lean Healthcheck’. In the past five years, there has been an increase in interest in Lean and it has been promoted more in construction. With its champions within the construction industry, Ireland is also learning from manufacturing companies who have long practiced Lean and are more than aware of the benefits.

CitA has interests in combining BIM with Lean. BIM leaders regularly champion Lean with BIM as it easily integrates with BIM, and Green Construction. At the recent CitA breakfast meeting on March 9th, Brendan Keane of Intel and the Construction Client Forum (CCF) spoke of what BIM and Lean can bring to construction. Lean can increase value, and it was said there is significant interest from contractors. This is also obvious from those attending Lean events in Ireland.

This article identifies the transfer of Lean from manufacturing to construction, how it developed in construction and how it can be better understood by construction professionals. There is a dedicated section to Lean on the Irish building magazine website, and there are articles in past issues discussing the work and practices of companies such as Mercury, DPS Group, Jones Engineering, and Intel. We will explore Lean construction in practice Ireland and in the international construction industry in further issues.