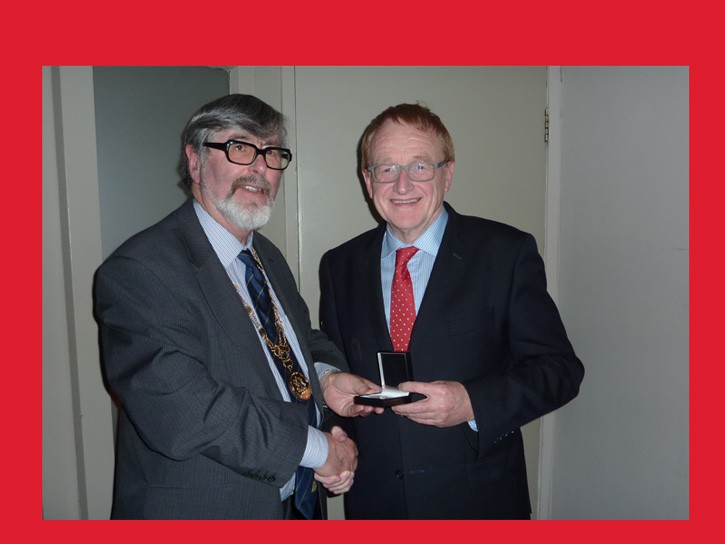 RPS Director, PJ Rudden was recently honoured with the 2016 Outstanding Achievement Award by the Irish Branch of the Institution of Civil Engineers (I.C.E.) for his pioneering work on infrastructure and waste planning in Ireland.

The early part of PJ’s career, after graduation from UCD (Hons), was spent with Dublin Corporation, now Dublin City Council. He was a founding partner of MC O’Sullivan’s Dublin office, later to become RPS and in this capacity he has undertaken some very significant infrastructure projects in the areas of waste, energy and infrastructure.

Among his major infrastructure projects were the Corrib Onshore Gas Pipeline, the Dublin Waste to Energy project at Poolbeg, the Irish Scottish Offshore Renewable Energy initiative (ISLES) and the Gas Pipeline to the West. Additionally, he has led most of the regional waste management strategies and plans for the last 15 years. Further afield, in Europe, he was the Director of the European Green Capital and Green Leaf Secretariat from 2010 to 2015. He is currently engaged in infrastructure planning and development in both the UK and Ireland.

To colleagues and clients alike, PJ is synonymous with civil engineering in this country and his influence has not only manifested itself in projects undertaken by RPS teams led by him on behalf of a wide variety of local, national and international clients, but also in his contributions to the engineering community in terms of being President of Engineers Ireland in 2011/12 when he also championed the initiative to promote the teaching of STEM subjects at second level. He was the winner of the Inaugural Distinguished Graduate Award in UCD in 2002 and is currently serving his second two-year term as President of the UCD Engineering Graduates Association (2012 – 16).

The award was presented recently to PJ on the occasion of the ICE Republic of Ireland’s Annual Dinner on Friday 13th May by ICE Republic of Ireland Branch Chairman, Kevin Sheridan, who said that he and his ICE colleagues were very proud to acknowledge PJ’s eminence in this field and his outstanding achievements.

The Institution of Civil Engineers (I.C.E.) is the oldest and largest professional body of engineers in the world with over 91,000 members.