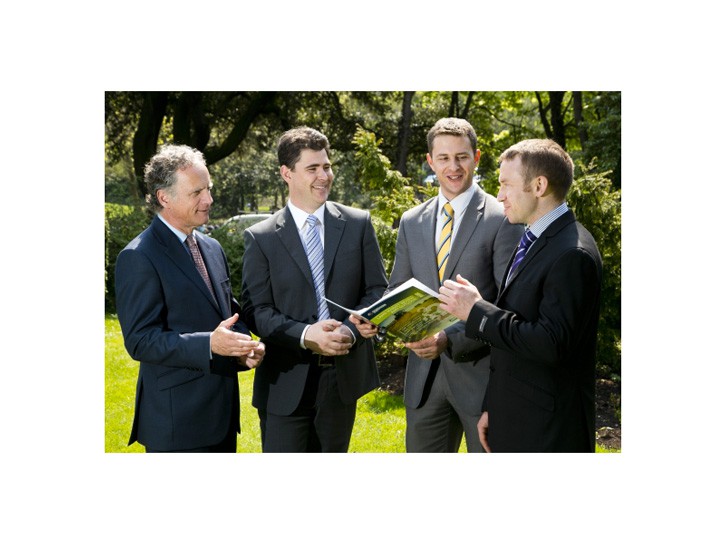 A new report highlights the growing divergence in the Irish agricultural land market with prices growing moderately in Leinster and Munster but declining in Connaught/Ulster.

The Society of Chartered Surveyors Ireland / Teagasc Agri Land Market Review and Outlook 2016 report says that the short term outlook remains mixed as commodity prices and uncertainty over Brexit weigh on the market. However more than half of the chartered surveyors who contributed to the report said they expect to see an increase in the volume of transactions in 2016 and also an increase in demand from purchasers.

The price of an acre on a smaller holding in Munster increased by 3% to €11K – with a residence – and €10K without. The most notable increase was in larger holdings over 100 acres with a residence, which saw a price increase of 11% to €11,400.

In Connaught/Ulster the price per acre fell in five of the six price categories. It was the second year in a row that prices trended downwards. The price per acre on a small holding with a residence fell by 6% to €5,800 while prices in medium and larger sized holdings fell by between 5 and 10%. However the price of an acre on a small holding without a residence rose by 10% to €6,200.

Thomas Potterton of the Society of Chartered Surveyors Ireland said the pattern of contrasting regional price movements had become a pattern in the last few years. “The Leinster region was the best performer in 2015 and prices for farm holdings in the province are now between 31% and 38% higher than they were in 2010. Overall price growth in Munster moderated in 2015 with prices for land holdings of between 50 and 100 acres experiencing the weakest growth in values since 2010”

“In stark contrast to the other two regions prices in Connaught/Ulster are now well below those observed in 2010, the only exception being lands up to 50 acres without a residence, where prices are similar to those of six years ago” he said.

“Since the collapse of the economy, land prices have in general remained steady for the past two years, but as the farmer along with ‘lifestyle buyers’ and investors return to the market, the outlook seems positive and we could experience a 5% increase in values in 2016. However much will depend on the supply of land coming onto the market” Potterton concluded.

One of the authors of the report Jason Loughrey of Teagasc described 2015 as a mixed year overall with a slight decline in interest from dairy farmers and fewer cash buyers.

“The ending of the EU milk quota has been a key driver of demand for agricultural land in recent years and this was a motivating factor for some buyers during the first half of 2015. However the decline in milk prices during 2015 led to considerably less interest in this area and resulted in less market activity in the second half of the year.”

“The lack of good quality farms coming on the market and widespread flooding in the midlands also had an impact on supply. In fact poor weather conditions in winter and spring have led to increased feed costs for famers and this could impact upon land prices also in 2016” Loughrey said.

According to the report the short-term outlook for the market is dominated by uncertainty over the profitability of the farming sector and the likelihood that agricultural commodity prices will remain depressed through 2016. One of the key factors causing uncertainty is the UK Brexit referendum which takes place on June 23rd. While the report acknowledges the difficulty of measuring the economic impact of Brexit, it says that in the broad economic sense it expects Brexit to have negative consequences, given that one third or €4.5bn of our agri-food exports go to the UK.

Loughrey said that if Brexit occurs the effect it will have on Irish trade and on the Common Agricultural Policy may have a knock on effect on overall confidence in the land market.

“If the Leave side wins the situation becomes more complicated, although it will be some time before the consequences crystalise fully. If CAP support for Irish agriculture declines and if the vote leads to a reduced level of agri food exports, farm incomes will be negatively affected on two fronts and this in turn will have an adverse impact on land sales and the rental market” he said.

Subdued Rental Market – Little change in Leinster, some downward pressure in Munster and increases in Connaught/Ulster

Connaught/Ulster was the only region to record growth in rental values in 2015. The largest increases recorded were for grazing lands, rising by between 7 and 8%. Rents for crop lands rose by between 2 and 6%, but are still just below 2010 levels.