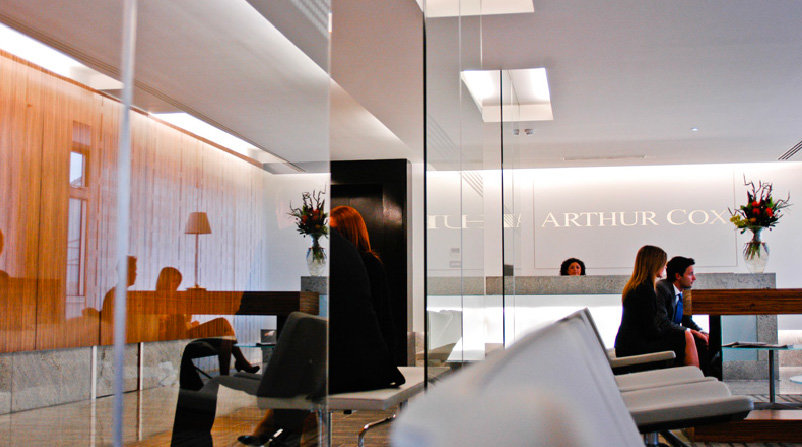 Are we there yet?

The construction industry is by now somewhat weary of the chatter about the Construction Contracts Act 2013 (the “Act”). The fervour at the outset of new payment rules, ensuring better cashflow throughout the industry, and the promise of a new form of dispute resolution to support claims for payment, have all but faded to a whisper, and even the daily count by the Construction Industry Federation have fallen away. Indeed, almost six years have passed since a private members bill was introduced by Senator Feargal Quinn to initiate the Act.

The Act was aimed at resolving cashflow and payment issues in the construction industry, with improved entitlements for sub-contractors at the vanguard. The Act was finally enacted on 29 July 2013 but almost three more years on, and the Act still has not been brought into effect. That day, however, may now be nigh!

A number of stepping stones to enable the Act to be brought into operation have been required but a number of these have now been put in place and over the last 18 months, significant progress has been made, with recent indications that the Act might be commenced in March 2016. This date may have been overly optimistic but something is happening!

Much done, much left to do?

We have taken a look at the more recent developments in the passage of the Act below and the steps that are still required to give voice to the Act.

On 20 October 2014, the Government approved the transfer of responsibility for implementation of the Construction Contracts Act 2013 to the Minister for Business and Employment, Ged Nash, TD.  There were mutterings at the time as to whether this would result in further delays, but the move breathed new momentum into the Act and at a meeting with construction industry stakeholders held by Minister Nash on 18 December 2014 regarding the implementation of the Act, Minister Nash established a Secretariat in his Department, led by Mr. Loughlin Quinn, for the purpose of implementing the Act.

Momentum gathered when, on 12th May 2015, Minister Nash announced his intention to appoint Dr. Nael G. Bunni as Chairperson of the Ministerial Panel of Adjudicators to be appointed under the Act. Dr Bunni is a well-known figure in the arena of dispute resolution in construction, and has acted as conciliator, arbitrator and chairman of arbitral tribunals and DABs in numerous domestic and international disputes involving parties from over fifty jurisdictions.

The appointment of the Panel of Adjudicators under the Act was the next step required for implementation (some commentators have suggested that Dr Bunni’s appointment may have put the cart before the horse!) and in August 2015, the competition for adjudicators was published.  There were applications from both here and abroad, and a rigorous selection process was conducted over the following months.

On 15th January 2016, the Panel was published under section 8 of the Construction Contracts Act 2013, and this was welcomed as the next step to bringing about the commencement of the Act.  Certain conditions were included in the application requirements for the Panel; which may have dissuaded many more from applying, and this may, in part, explain the final constitution of the Panel, which whilst a welcome step, has caused not a little consternation from a number of quarters. Around one third of the Panel is based outside Ireland – mostly England but a couple from Northern Ireland and one from Scotland, and it is made up of a variety of disciplines, including lawyers, QSs, architects and engineers, the majority already well established ‘dispute resolvers’.  The constitution of the Panel is perhaps not as broad as it might be and it cannot but be remarked that there is not a single woman!  The experience that will be brought to the Panel by adjudicators who have operated in the UK for many years is to be welcomed, but the extent to which the Irish experience of adjudication will differ, and, indeed, the approach of the Irish Courts to the new ‘rough and ready’ procedure is yet to be seen.  It remains open to parties to agree an adjudicator who is not on the Panel, and it is likely that some of the industry bodies will constitute their own panels to provide a broader choice of adjudicators for parties. In the absence of agreement, however, the parties will be required to apply to the Chair of the Panel for an appointment.

A draft of the Code of Practice, anticipated under section 9 of the Act, had been issued in March 2014, following significant consultation with industry stakeholders.  A few weeks ago, a revised draft of the Code was circulated again for comment amongst stakeholders. This included some significant differences from the previous draft and we now await publication of the final Code of Practice to see how this will aid the implementation of the Act. One issue of concern that remains is the potential costs of adjudication – the draft Code of Practice provides that costs should be ‘reasonable’, having regard to the value and complexity of the dispute, but can also take account of the time spent by the adjudicator and ‘other relevant circumstances’.  Some commentators had hoped that more concrete guidelines might be included, particularly for the lower value disputes (which will likely make up the bulk of the disputes referred to adjudication), perhaps capping an adjudicator’s fees at no more than 10% of the sums in issue. Without such an approach, the benefits which adjudication might bring will soon be outstripped by the costs associated with the process.

The final requirements to ensure smooth implementation of the Act are a Code of Conduct for Adjudicators and new Rules of Court.  We have yet to see any draft of the Code of Conduct and it remains uncertain exactly what this will (or should) include. Indeed, in light of recent communications from Minister Nash, it is unclear whether it is still intended to issue this at this juncture. With regard to the proposed new Rule of Court, we understand that these are likely to suggest an enforcement procedure similar to that for arbitral awards, with the likely timeline for enforcement to be two – three months, at best, but possible longer.

These new Rules of Court and the approach of judges here will be an essential plank to meaningful implementation of the Act. The success of statutory adjudication in the UK was brought about by the approach taken by the courts to this new process. In the leading decision1 which heralded the support to be given by the English Courts to adjudication from then on, Judge Dyson was faced with whether to uphold an adjudicator’s decision, which one party contended was invalid and made in breach of principles of natural justice. In response, Judge Dyson stated that the intention of the legislators was to “introduce a speedy mechanism for settling disputes in construction contracts on a provisional interim basis, and requiring the decisions of adjudicators to be enforced, pending the final determination of disputes by arbitration, litigation or agreement. …. The timetable for adjudication is very tight2…(m)any would say unreasonably tight, and likely to result in injustice. Parliament must be taken to have been aware of this. So far as procedure is concerned, the adjudicator is given a fairly free hand…(H)e is required to act impartially…He is, however, permitted to take the initiative in ascertaining the facts and the law….It is clear that Parliament intended that the adjudication should be conducted in a manner which those familiar with the grinding detail of the traditional approach to the resolution of construction disputes apparently find difficult to accept. But Parliament has not abolished arbitration or litigation of construction disputes. It has merely introduced an intervening provisional stage in the dispute resolution process.  Crucially, it has made clear that decisions of adjudicators are binding and are to be complied with until the dispute is finally resolved.3” This principle has been applied by the UK courts in numerous decisions upholding adjudicators’ decisions, even where clearly wrong on points of fact or law.4  Adjudication by its very nature can subordinate the ‘right’ decision to a quick decision. This will be the principal challenge for the Irish courts: will they uphold an adjudicator’s decision which is, on its face, ‘wrong’, provided the adjudicator has acted within his or her jurisdiction and the procedure used to arrive at that decision has been fair and impartial?

One of the key characteristics of adjudication is its speed; indeed, this is what lies at its heart, namely, the ability to get a temporarily binding decision quickly, even if that decision is not always ‘right’.  The draft Code of Practice perhaps introduces some blurred lines around this by potentially extending the period for an adjudicator’s appointment (from which date time for the decision runs under the Act)  and  by using conditional language rather than imperatives in the time to be taken by adjudicators to make decisions. We can only wait and see how this will be interpreted and applied by the Irish Courts.

So, it seems the journey from private members Bill to Act to coming into operation of the Construction Contracts Act 2013 is almost at an end.  But as with many adventures into the unknown, will the journey prove to be more exciting than the destination?

2.  Very similar timelines apply under the UK Act, with the decision to be made within 28 days, or 42 days if agreed to by the referring party. Whilst the parties can (and often do) agree a longer period, many adjudications are conducted and concluded within the prescribed period.