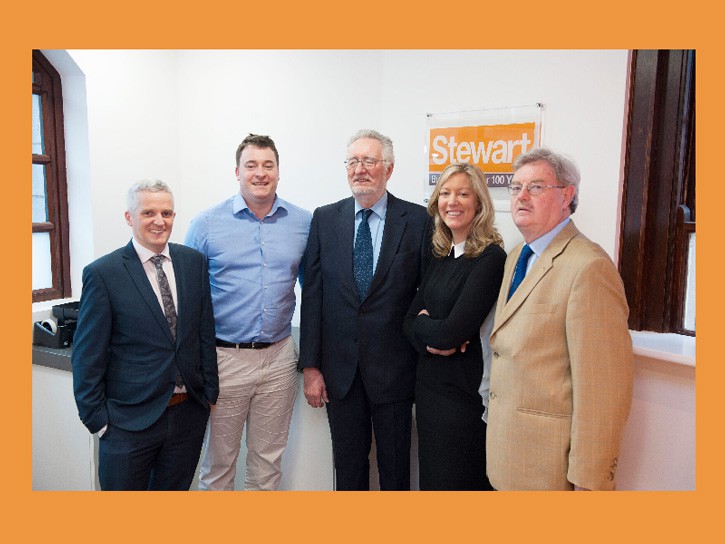 Stewart Contractors has re qualified as one of Ireland’s ‘Best Managed’ companies in the Deloitte Best Managed Companies Awards Programme.

Stewart was first recognized as a Best Managed Company in 2014 and is delighted to accept the award for the third time this year.

The awards were held in Dublin’s Convention Centre on Friday night and marked the eighth year of the awards programme. Over 800 people attended including Frank Ryan, head of IDA Ireland, who chaired the independent judging panel and was keynote speaker on the night.

The Deloitte Best Managed Companies Awards Programme, in association with Barclays Bank Ireland, recognises indigenous Irish companies across Ireland which are operating at the highest levels of business performance.

Acknowledging the companys’ continued success at the Deloitte awards Paul Stewart, M.D., and a fourth generation Stewart once again attributed the firms achievement to a combined team effort saying “ …..this is down to the Stewart team being absolutely focused on the provision of customer focused and innovative building solutions for both clients and design teams.”

“All the companies here tonight are at the end of a long process of evaluation, which makes their Best Managed designation even more rewarding and valuable as a marketing tool for their business. It is clear that these companies make an invaluable contribution to the Irish economy – employing 47,000 people and generating turnover of €10bn.”

47-49 St. St Stephen’s Green. Other works in the Dublin area include works to the Beacon Hospital and at Citywest where they are undertaking a new build office block which will see SAP expand their presence in Dublin city.

Additional east coast projects nearing completion include their 64th project for the discount retailers’ ALDI Ireland, and commercial and industrial developments nationwide such as SAP new office block in Citywest, Dublin, the new “Bradys Ham” extension in Kildare and pharmaceutical projects for GRIFOLS and Alexion.