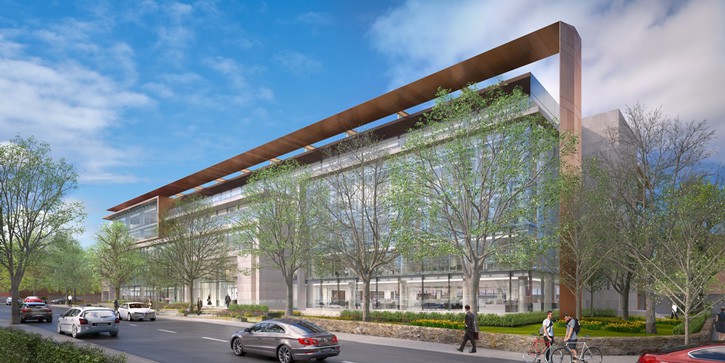 New research from property consultants, Savills, has found that 30,000 employees could be accommodated in office space currently under construction in Dublin.

In total, 35 new office buildings, comprising almost 3.5 million square feet of space, are on-site – with the vast majority situated in the Central Business Districts (CBD) of Dublin 1, 2 and 4. Approximately one third of that space is already pre-committed to an occupier. Some development is taking place within the boundaries of a Strategic Development Zone in Dublin’s north and south docks, however, with a number of planning applications in place, activity in the area is expected to increase significantly this year.

Despite the significant increase in office development activity, the supply shortage is likely to continue due to the time lag between construction and completion. Andrew Cunningham, Head of Offices at Savills Ireland, believes this will continue to drive rents in an upward trajectory.

“In an ideal world, the delivery of office space would be instantaneous. However, in reality, it takes time. The average lag time between planning, construction and completion is 2-3 years. In the interim, it stands to reason, as evidenced by the current rate of growth, that rents will continue to rise. Today, prime CBD office space is being let for €55 per square foot and we expect this to rise to €65 by the end of 2016. Where rents will go after that is completely dependent on the delivery of new stock and, of course, economic conditions.”

At the end of the previous office construction cycle, oversupply combined with a complete cessation of tenant demand, led to a sharp decline in office rents; however, Savills do not envisage this problem occurring in the near future;

“Construction finance which was freely available for a long period during the last cycle is much more difficult to obtain now. This has led to a slower pick up in development and generally only the most professional developers are obtaining it. Aside from new construction currently underway, there are also a significant number of redevelopments taking place. Redevelopments mean taking office space out of the supply chain, so despite this new wave of construction, we are likely to end up with less space rather than more in the immediate short term due to demolition of old 1970/80s buildings which are unwinding from old 35 year leases – a new phenomenon in this cycle versus the last.”

Notable developments currently underway include Vertium, a new 172,000 sq. ft. office building on Burlington Road– due for completion in April 2017 – and being developed by three of Europe’s leading property companies – Union Investment, U+I and Ronan Group.

In Dublin 2, No.32 and No.40 Molesworth Street are two of 4 new developments currently under construction on the street and the first of these, No.32 is due for completion in October.

On nearby St. Stephens Green, Irish Life is expected to commence construction of a new building at Nos.69-71 before year end.

In the South Docklands, Park Developments and Target Investment Opportunities are on-site or imminently going on site with two prime buildings due for completion in late 2017/early 2018.

IPUT and Cosgrave are also on-site with The Exchange in the IFSC, the only new office development to LEED Gold that is west of the CCD within the IFSC.