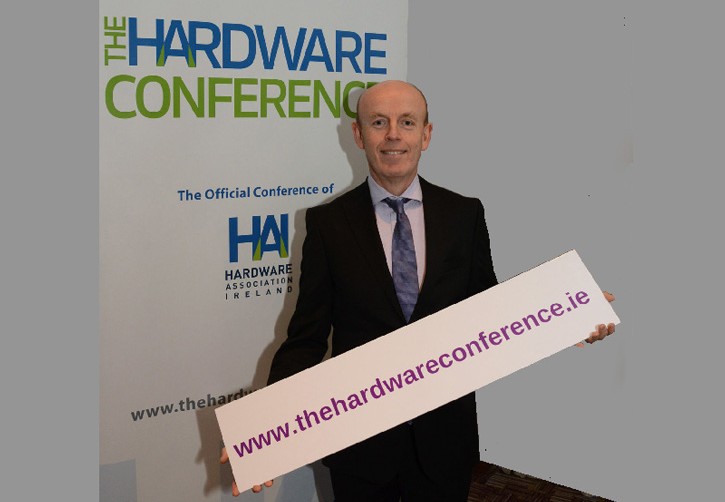 Hardware Association Ireland has just announced that Ireland Rugby Head Coach, Joe Schmidt, will be a keynote speaker at its inaugural conference in April.

Looking to the future

At the recent launch of the Conference, HAI President Hugh O’Donnell commented “As the shoots of economic recovery begin to emerge, this is the opportunity for the hardware sector to come together to reflect on what lessons can be learned from the downturn and to identify what opportunities may lie ahead and how to best exploit them.

“The Hardware Conference will mix the informal with the serious, with plenty of time allocated for networking. It will kick-off on the evening of April 6th with an informal dinner and entertainment for delegates, followed by a packed day on April 7th during which leading Irish and international speakers will discuss a range of relevant topics. I look forward to what I believe will be an enjoyable and useful event for both merchants and suppliers and would encourage everyone in our industry to attend.”

The keynote speakers are Joe Schmidt, Head Coach, Irish Rugby Team, and, Peter Hindle MBE. Joe will inspire delegates with how he managed the Leinster team to two Heineken Cup victories and the Irish team to two successive 6 Nations titles. In an interview with Peter Hindle MBE delegates will hear the secrets of his success with ‘A lifetime in merchanting’.

A core focus of the conference is economic outlook. Tony Foley is a leading economist and regularly contributes to articles and interviews on the construction industry. He has been working with Hardware Association Ireland and the UCD Smurfit Graduate Business School on the first ever all-Ireland economic impact study on the hardware industry, Tony will be speaking about his view on the economic outlook for Ireland and in particular our sector.

HAI campaigned successfully as part of its submission for Budget 2016 to have the Home Renovation Incentive scheme extended for another 12 months until 31st December 2016.

The latest Home Renovation Incentive scheme statistics show the scheme continues to boost trade for urban hardware retailers and merchants with spending in the past 12 months topping over €475 million. This takes the total value of works since the scheme commenced to over €768 million, with those taking up the scheme spending an average of over €15,000, mainly on home extensions and general repairs and renovations.

The majority of the works, approx. 65%, have taken place in Dublin, Kildare, Meath and Wicklow. This indicates a distinct divide between the capital and its environs, and rural activity. This figure has fallen slightly since its peak last summer.

While these figures indicate positive growth, the sector urgently needs buoyant construction activity to function healthily. In the afternoon Hubert Fitzpatrick, Director of  Housing, Planning and Development at the Construction Industry Federation (CIF) will address a key question facing builders merchants “Where to from now?”.

Visit www.thehardwareconference.ie for the full conference agenda and to registration. Members of Hardware Association Ireland can avail of a special rate of €150 (plus VAT).