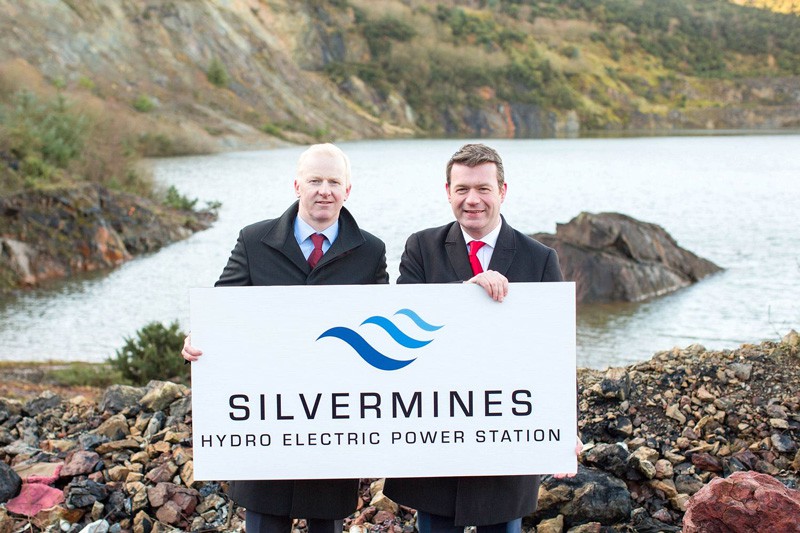 Minister for the Environment Alan Kelly has just announced a proposed €650 million hydro-electric plant which will seek to create 400 construction jobs and 50 permanent jobs on a disused mining site in Silvermines North Tipperary.

The Silvermines Hydro Electric Power Station Project will be developed from the existing disused open-cast mining site, aiming to turn a negative environmental mining legacy into a positive, long term one with local and national benefits.

“This project, which I have been working on with the developers for some time, will involve a total investment of €650 million in what is one of the largest ever private equity spends in the country. The overall value of benefits flowing into the national economy will exceed €2.5 Billion.” said Kelly at the launch event in Nenagh.

“The 4/5 year construction phase alone will sustain 400 jobs, the majority of which will be locally sourced and there will be up to 50 permanent posts at the plant. From a national perspective, it will significantly advance Ireland’s transition to a low carbon economy, with 360MW of electricity generated for this renewable source five hours each day. This will be enough to supply 200,000 homes – more than three times the total number of households in Tipperary.’ Kelly continued.

I have been hugely encouraged by the dynamism and energy of the team led by Darren Quinn. I now look forward to continuing to work closely with Darren and others to help bring the Silvermines Hydro Electric Power Station to fruition and finally turn the negative mining legacy here on its head.

The brown field nature of the selected site, with already one reservoir in place in the 70m deep open-cast mine, means the Silvermines Hydro Electric Power Station can be developed and constructed with minimum impact and provide environmental enhancements, planning gain and community benefits – in addition to zero emission electricity. It also has close proximity to the national grid network, with one of its main lines just 800m away.

The facility will integrate renewable energy into the Irish electricity system, will reduce electricity production costs and play a crucial role in energy system decarbonisation.