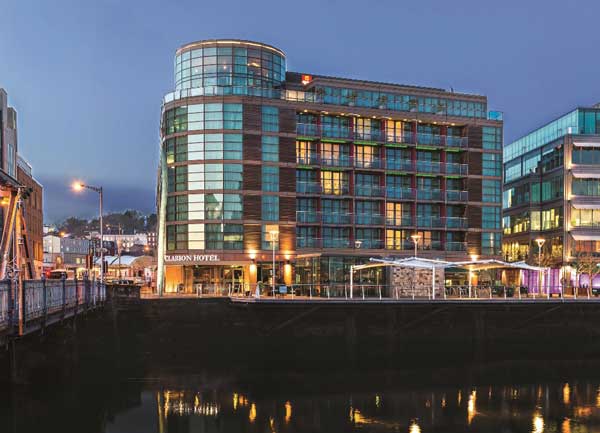 The value of hotel sales in Ireland topped a record €1bn in 2015 according to property consultants, Savills Ireland.

In its upcoming report on the hotel sector, Savills notes that demand for hotel assets was consistently strong in 2015 due a wide range of positive factors, such as the 14% growth in overseas visitors, Dublin hotel RevPAR (revenue per available room) growth of over 20%, the significantly stronger US $ and UK £ compared to a weaker euro, and Irish GDP growth of 7%.

Tom Barrett, Director of Hotels & Leisure at Savills Ireland commented; “Ireland’s tourism industry is now achieving record volumes, and combined with a strong domestic economic recovery, this is driving high hotel occupancy rates throughout the country. This positive position attracted the attention of both domestic and international hotel operators and investors in 2015. We predict that 2016 will show further recovery with current positive indicators being maintained. Moreover, the addition of events such as the 1916 Centenary and the box office success of Star Wars will also attract visitors to both the capital and rural Ireland.”

Although a reasonable number of individual hotels are due to come to the market in 2016, Savills expect the focus to increasingly turn to development – particularly in Dublin – due to the shortfall in hotel bedrooms.

Significant Irish hotel sales in 2015 included Dalata’s purchase of Moran Bewley’s Hotels in addition to the Clarion in Cork and Clayton Hotel in Galway. Private equity fund Lone Star purchased Jurys Inn while the Intercontinental Dublin (formerly The Four Seasons) was acquired by a consortium backed by US businessman, John Malone. Other high-profile hotel acquisitions included Adare Manor in Limerick by Irish businessman JP McManus and the Castlemartyr Resort in Cork, sold to a British hotelier.