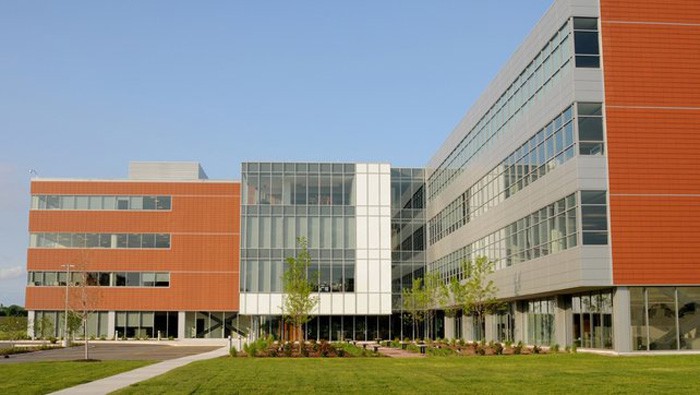 The Kerry Group Global Technology & Innovation Centre, a state-of-the-art, flagship facility in County Kildare, has been voted Engineering Project of the Year by the Irish public.

The project, which created 900 jobs over a three year period and featured a 100 million euro investment by Kerry Group, was directed by engineering firm Arup and resulted in a cutting-edge technology centre that comprises 25000m2 of accommodation, including 5000m2 of pilot plant production facilities, 8500m2 of laboratories, and a 3500m2 customer experience building.

The Engineering Project of the Year winner was revealed at the sixth annual Engineers Ireland Excellence Awards, which featured a record number of entries this year, in a ceremony at the InterContinental Hotel in Dublin.

Speaking about the ground-breaking nature of the project, Luke Stewart, a chartered engineer at Arup, said the planning began in 2012 when Kerry Group committed to build a facility in County Kildare that would serve as the centre of excellence for its EMEA business region.

“The objective for the company was to provide vital international customers with access to the Group’s scientific research, innovation and applications expertise across food, beverage and also pharmaceutical markets from a Kildare base, which is where we came in.”

“The project was delivered ahead of schedule in early 2015 and at 5% below the initial project budget. It is already a benchmark project both for large-scale construction procurement and delivery techniques. From a technical design and quality aspect it is referenced throughout the industry as a point of reference across the fields of building engineering and architecture,” Stewart added.

“Additionally, the project’s contribution to the local community can not be over-stated, with 800 jobs created initially, rising to 900 after 3 years, including almost 1 million construction man hours employed.”

In addition to Arup, the project also involved Gilbane, a large US Contractor, RKD Architects and Bruce Shaw.

In other categories, Galway graduate Richard Browne, L&M Keating Ltd, won the prestigious ‘Chartered Engineer of the Year Award’ for his work on the Cape Clear Island Hydraulic Storm Gate Design Build and Installation project. The Ballaghaderreen Bypass, involving Roscommon County Council and J. B. Barry and Partners, won the ‘Geoscience Ireland Award’ as recognition for its importance in improving the communication channels in the region and reducing the traffic impact on Ballaghaderreen town.

OpenHydro once again prospered at this year’s awards, with its Technology Turbine Control Centre winning the ‘Tech Innovation’ category.  A successful evening also for Cork engineering saw the Cork Institute of Technology win the ‘Engineering Education – Best in Class 2015 Award’, Professor Jerry Murphy of UCC win the ‘Best Paper/Presentation Award’, with Cork County Council winning the ‘Local Authority Engineering Initiative Award’ for the Clonakilty Wastewater Treatment Plant project.
Blessington engineer Lisa Edden won the ‘Protecting the Built Environment Conservation Award’ for using innovative engineering techniques that supported the realignment of a staircase and landings in the protected building structure at No9/9A Aungier Street, Dublin 2.
The KCI Manufacturing facility in Athlone won the ‘CPD Employer of the Year’ category for using Continuing Professional Development as a primary strategy for supporting necessary adaptation and delivery for its business to respond to increasing demand.

Also honoured on the night were Professor Orla Feely of UCD, who was presented with the ESB ‘Outstanding Contribution to Engineering Award’, Andrew Carlisle, who received the ‘International Engineer of the Year Award’, and Captain Michael Malone of the Naval Service who won the ‘President’s Award’.  Rob Laffan, Limerick Institute of Technology, who won the ‘Innovative Student Engineer of the Year Award’ in June, was also recognised at the event.

Speaking at the awards ceremony, Caroline Spillane, Engineers Ireland Director General, acclaimed Arup and the ingenuity that was a feature of the Kerry Group Global Technology & Innovation Centre project.

“The Kerry Group Centre in Kildare exhibits the highest standards of engineering excellence and innovation and I offer my congratulations to Arup and their project partners for what is an outstanding construction.  All the winners this evening, and indeed the full gamut of entries across the various categories, showcase the diverse nature of contemporary engineering in what is our sixth awards year and the highest number of submissions to date from all across Ireland.  An event like tonight really highlights the creativity, leadership and diversity in Irish engineering today.”

The full list of winners from the sixth Engineers Ireland Excellence Awards included: