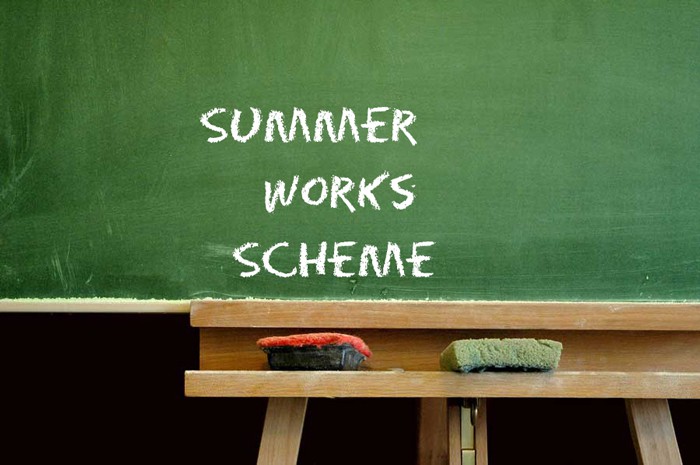 The Minister for Education and Skills, Jan O’Sullivan, T.D., has officially confirmed the provision of €28.5 million for the payment of a Minor Works grant to primary schools for the current school year and also the allocation of €80 million over 2016 and 2017 for a multi-annual Summer Works Scheme for schools.

This funding was initially promised as part of the Budget 2016 investment in schools.

Over €28m is being made available to facilitate the issue of the 2015/2016 Minor Works Grant to primary schools.This grant will issue to all primary schools by 20th November 2015. The €28.5m fund is focused on improving the physical infrastructure of schools and the purchase of standard furniture and physical education equipment, and IT related equipment without needing to deal directly with the Department.

“I am very pleased to be able to provide the funding for the Minor Works Grant.  From my contact with schools I am very much aware that the Minor Works Grant enables Boards of Management and school principals to maintain and improve their existing school facilities.” Minister O’Sullivan said.

A total of €80 million, comprising €40 million in 2016 and €40 million in 2017, is being made available for the purposes of a multi-annual Summer Works Scheme for schools. This funding will allow schools to carry out small and medium scale building works such as gas, electrical and mechanical works, roof and window upgrades, structural improvements; works that will improve and upgrade existing school buildings.

It is up to schools to identify the most urgently required projects to be funded from the Summer Works Scheme. Each school can apply for one small scale project and will be responsible for the completion of those works.

Minister Jan O’Sullivan said “I am pleased to announce the introduction of a Summer Works Scheme that will apply on a multi-annual basis in 2016 and 2017. This funding package is being made as part of this Government’s continued commitment to fund improvement and upgrading works in existing school buildings throughout the country, which I know will be welcomed. These works should cause minimum disruption to schooling as the majority will be carried out in the summer months

This scheme will not only improve the learning environment for thousands of students, but the projects will also stimulate economic activity by supporting 2,400 direct and 480 indirect much needed construction jobs in the local economy”

Full details on the Summer Works Scheme are available on the Department’s website at www.education.ie

Schools can apply for these grants online using the Esinet portal. The Esinet platform that schools currently use to make payroll returns has been extended to facilitate an online SWS application Scheme. The Esinet system will be open for applications from today, 5th November 2015. Paper based applications will not be accepted.

An SWS Helpline Freephone service will be put in place to assist schools with any queries on the Scheme including completion of the application form.  This service will be made available when the on-line system is opened for applications tomorrow.