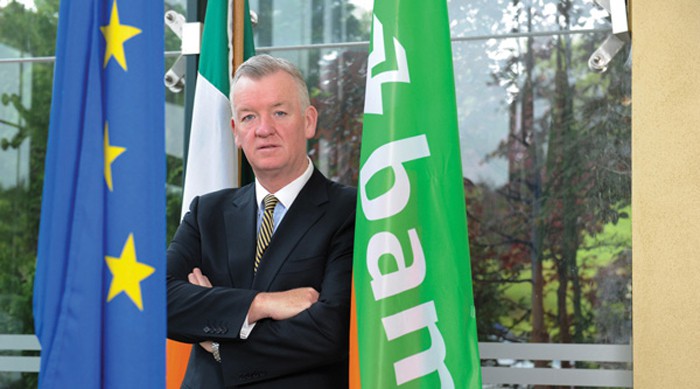 BAM Ireland, one of the country’s largest construction businesses, had a year of strong revenue growth in 2014, increasing turnover by 15% with profit before tax of €6.3 million. BAM’s performance in 2014 was underpinned by a number of significant contract wins in all sectors.

The Financial Accounts also show that the company has a robust balance sheet with healthy cash balances and no bank debt.

In a move previously signalled, the company continued to reduce its focus on public works, increasing its revenue from private sector contracts by 34%.

Commenting on the results, Theo Cullinane, BAM Ireland Chief Executive said: “We had a positive year of revenue growth in 2014, successfully developing a portfolio of projects across FDI, agri food, commercial and healthcare, among other sectors.  While we continue to invest strongly in PPP (Public Private Partnership) projects we also significantly grew our private sector business.  This is in line with our strategy, as experience in recent years has shown that the new forms of contract for public works in Ireland have proven adversarial rather than partnering in nature.  We would welcome the timely adoption of internationally accepted forms of contract to alleviate this issue as progress with reversing the contentious conditions is proving too slow.”

AM is committed to investing in and delivering major social and productive infrastructural PPP projects that support the development of the Irish economy. Our investments over the years have leveraged over €1.5 billion of work, creating upwards of 15,000 jobs. We have completed five major PPP projects in recent years including the N7 Newlands Cross Flyover and N11 Arklow to Rathnew motorway PPP and the Schools Bundle 3 initiative, while continuing with the construction of Schools Bundle 4 PPP.  We have a very strong pipeline of activity which bodes well for the coming years and we look forward to playing a key role in delivering major innovative projects.”

Partnered with JCD on one of Ireland’s largest office blocks; One Albert Quay, Cork

In 2014, BAM was announced preferred bidder for the N25 New Ross Bypass, a €220 million infrastructural project which will remove a bottleneck in the South East and improve access from Cork and Waterford to the port of Rosslare. BAM also completed the N7 free-flow junction at Newlands Cross three months ahead of schedule and within budget, which has facilitated nationwide travel from the North to the South of Ireland without any traffic lights.

A number of significant private projects commenced in 2014, including dairy related projects for Glanbia and Dairygold.  On the infrastructure front, Munster Rugby appointed BAM Ireland for the redevelopment of Irish Independent Park.  This involved the removal of the existing temporary West Stand and the construction of a new stand, with a capacity of 3,500, increasing the overall match capacity of the stadium to 9,500.

Additionally, BAM Ireland signed contracts for the first phase of Terminal Four at Jebel Ali Port in Dubai and the design and construction of the Aqaba New Liquefied Natural Gas Terminal.

2015 has also proven a strong year for BAM to date. Works are continuing at One Albert Quay, Cork for JCD, where a major fit-out for Tyco has commenced. In addition BAM has just reached financial close with the NRA on the €350 million M11 Gorey to Enniscorthy PPP motorway project, further enhancing road links to the South East.

Established in 1958, BAM Ireland (formerly known as Ascon) is one of the country’s largest construction businesses, employing 2,000 directly and indirectly. Its principal activities are building contracting and civil engineering in the public, private and PPP sectors. Other activities include facilities management, property development and rail infrastructure.