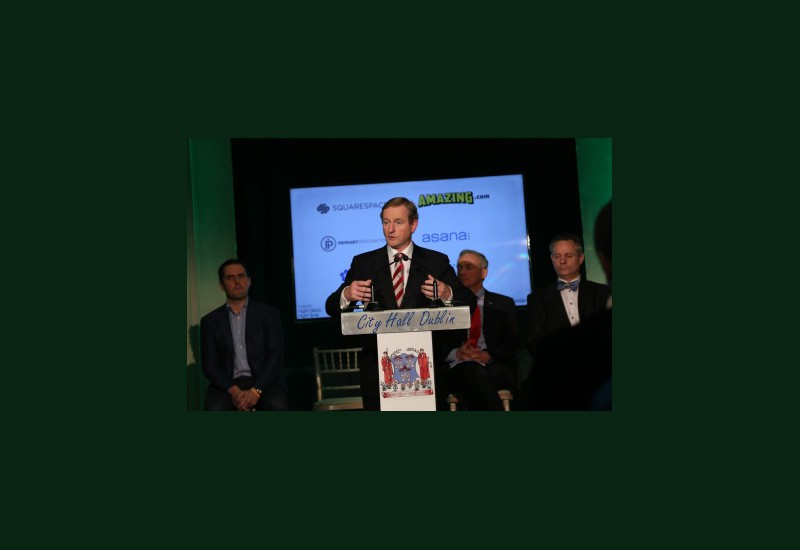 The investments are supported by the Department of Jobs, Enterprise and Innovation through IDA Ireland.

The new jobs will be spread across a number of sectors such as Technology and Business Services.  All companies are actively recruiting for roles in their Dublin operations including software development and engineering, business development and sales, finance and operations and multilingual customer support.

The companies creating the new jobs are:

(160) Squarespace – the leading all-in-one website publishing platform, today announced that it is to expand its EMEA Headquarters in Dublin with the creation of 160 new jobs over 3 years. Established in in May 2013, Squarespace’s Dublin EMEA HQ is responsible for serving Squarespace customers around the globe. Currently employing 115 people in a variety of customer care and support roles, today’s announcement will see the company further expand the operation increasing its headcount to 275 by the end 2018.

(50) Amazing.com – the results-focused online entrepreneurial business course provider is planning to create 50 new jobs over the next three years. Headquartered in Austin, Texas, Amazing.com offers results-focused online courses that teach entrepreneurs skills and strategies for starting or growing their business.  In order to serve its growing international client base, Amazing.com plans to locate its Global Support and Technology Development Centre in Ireland, employing 50 people in customer experience and product/technology development roles.  Roles will include customer team members, software engineers, and office admin.

(30) Asana –the popular app teams use to track their work and get results, today announced that it is establishing an Operations Centre in Dublin to meet growing global demand. The privately held software company, headquartered in San Francisco and well known throughout Silicon Valley for its unique and healthy workplace culture, plans to initially hire 30 people by 2017.

(30) Pond5 –  the thriving stock video company, today announced plans to open an Operation Centre initially creating up to 30 high quality software development jobs over three years in Dublin.  Pond5 founded in 2006 is head quartered in New York with offices also in Prague and Genève. It is one of the world’s most exciting and fastest growing ecommerce companies offering a diverse collection of video footage.

(30) Wave2Wave – an innovator in the network connectivity industry announced today that it is establishing its International Headquarters in Dublin, employing 30 people over three years. Headquartered in Silicon Valley, California, Wave2Wave is the emerging leader in network connectivity for Data Centres. The International Headquarters is responsible for Sales & Marketing, Finance and Operations and will commence R&D activity in 2016.

(20) Primary Integration – a leading mission critical facilities/data centre global commissioning and operational risk management consulting organization, has opened a new office in Dublin and expects to create 20 new roles by the end of 2016 for project managers and commissioning engineers.

As part of IDA’s new strategy, IDA has committed to bring new name investors into Ireland.  Every day, IDA executives across the world are attracting not just large multinational corporations (MNCs), but also working with high-growth companies, who aspire to be the Google, Microsoft and Facebook of the future.

Making the announcement Taoiseach Enda Kenny TD said, “The creation of 320 new jobs by these digital pioneers is fantastic news for Ireland and further adds to our reputation as a location for emerging companies. These companies join Ireland’s thriving technology sector which continues to go from strength to strength.  The Government’s priority is to keep the recovery going through job creation and continuing to provide a great environment for high-growth companies to expand.”

Welcoming the announcement Minister Richard Bruton T.D. said: “A key part of the Government’s Action Plan for Jobs is ensuring that we attract more fast-growing start-ups and emerging companies to locate in Ireland, so that they establish deep roots here from early in their growth and make a major impact on our economy. Today’s announcement that 6 such companies are creating 320 jobs in Ireland is a great boost and a huge indication of what’s possible in this area. I look forward to seeing further jobs created from startups in Ireland over the coming years”

Commenting on the announcement, Martin Shanahan, CEO IDA Ireland said: “Ireland has become a launchpad for high-growth companies from across the world.  Ireland, and our talented workforce, will play a big part in the next phase of the development for these companies as they embark upon their next phases of expansion.  It’s worth remembering that many companies that started out with modest plans are now some of the top employers in Ireland, making a significant contribution to the economy.  Since 2010, 130 high growth companies have been attracted to Ireland as a place from which to access the European market. IDA Ireland looks forward to continuing to partner closely with this new group of companies as they grow their global footprint from Ireland.“