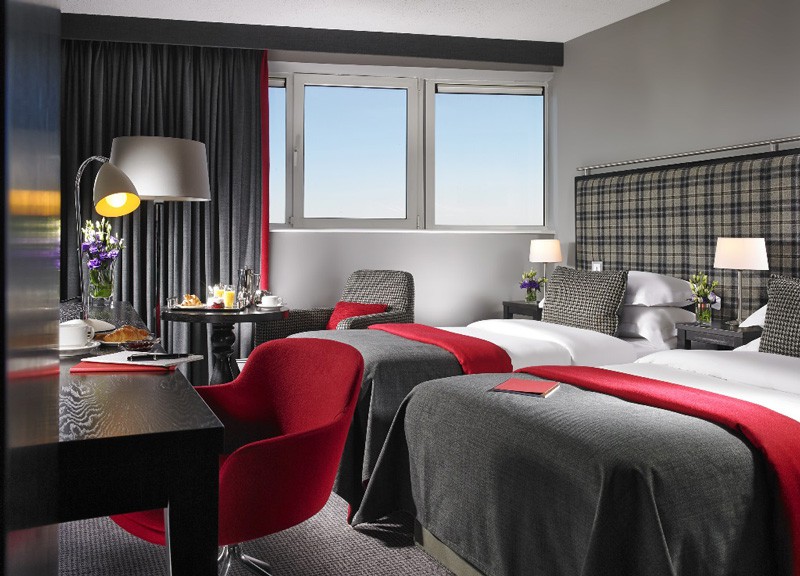 Savills has announced the sale of The Clarion Hotel Limerick on behalf of the Receiver, Kieran Wallace of KPMG, with a guide price in excess of €3.5 million. The hotel is being offered for sale by private treaty with the benefit of existing occupational leases.

The landmark hotel – which opened in 2002 – occupies a prime waterfront position on the banks of the River Shannon, a short stroll from Limerick’s main shopping, entertainment and business districts. It features 158 air conditioned bedrooms arranged over 17 floors, including 3 penthouse suites with stunning views over the river Shannon. The property includes the popular Kudos Bar, Sinergie restaurant, extensive conference & banqueting facilities and the SanoVitae health and fitness club.

The Limerick city hotel market is witnessing strong growth in occupancy and average room rates, with both experiencing double digit growth in the year to date. The Clarion Hotel Limerick has a current rental income of €200,000 p.a. and the sale is subject to three existing occupational leases with Merzolt Limited. The tenant will be unaffected by the sale.

One rent review is outstanding from December 2014 with the other two due in December 2017. All leases are FRI with WAULT of 15.12 years. The hotel is operated by Choice Hotels Ireland under the four star Clarion brand. The property represents a very high quality leased hotel investment. Limerick is the educational and economic hub of the mid-west region and is home to a range of Industries such as ICT, financial and engineering firms. The city is steeped in history and culture, with a whole host of popular visitor attractions including King John’s Castle and the Hunt Museum. Limerick is also famed for its sporting successes – particularly boxing and rugby – and the Clarion has been the Munster Rugby team’s hotel of choice since its opening.

Limerick City is approx. 27km from Shannon International Airport. 1.6 million people passed through the airport in 2014 and this is expected to increase to 1.7m for 2015.

Tom Barrett, Head of Hotels & Leisure at Savills commented; “This is a great opportunity to acquire the freehold interest subject to the existing occupational leases with Merzolt Ltd in one of Limericks finest hotels, occupying a prime waterfront position on the Shannon.”