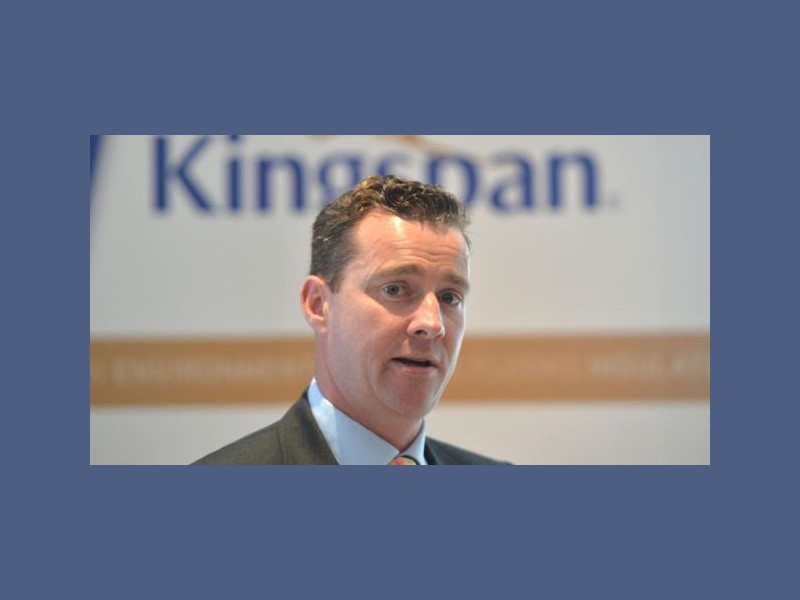 Kingspan, the global leader in high performance insulation, building fabric, and solar integrated building envelopes has been identified as vanguard for its actions and strategies in response to climate change and has been awarded a position on The Climate “A” List by CDP, the international not-for-profit that measures environmental impact of thousands of companies around the world.

113 “A Listers” appear on the 2015 list, which has been produced at the request of 822 investors who represent more than a third of the world’s invested capital, and over $95 trillion of assets under management.

Nearly 2,000 companies submitted information to be independently assessed against CDP’s scoring methodology, and the list features some of the world’s best known companies including Apple, Microsoft and Google, the three largest by market capitalization. Kingspan is among 5% of the corporations participating in CDP’s climate change program to be awarded a position on the Climate A List, in recognition of its actions to reduce emissions and mitigate climate change in the past reporting year.

Gene Murtagh, CEO of Kingspan said: “The climate change agenda is at the heart of the Kingspan Group’s vision and activities, and I am proud that we are the only Irish listed company to have made the CDP A List. We recognise the significance of climate change to global society and the central importance of addressing the environmental impact of the built environment – both existing and new build – as part of efforts to mitigate greenhouse gas emissions. Kingspan supports a strong global agreement on climate change as it will help to meet international development aims, provide a clear signal to business to guide investment toward low carbon outcomes and bring huge benefits to the natural environment.”

In 2011 Kingspan committed to operating with net zero energy impact by 2020. As of 2014, 28% of the Group’s energy usage was from renewable sources and it is currently on track to exceed an interim target of 50% in 2016.

The Climate A List is released in CDP’s annual global climate change report today, three weeks ahead of COP21, the UN climate change conference, when national leaders meet to agree a global deal to reduce carbon emissions and limit temperature warming. The report tracks five years of progress from the world’s largest listed companies. It reveals the extent to which corporations have shifted their strategies over the past five years to become part of the solution to the climate challenge.

Well known companies who have made the A List include Google,

CDP’s executive chairman and co-founder Paul Dickinson says: “The influence of the corporation is mighty. We congratulate the A List companies that are illuminating the path to a low carbon future through their climate leadership. The momentum of business action on climate change suggests we are reaching a tipping point, where companies are poised to achieve their full potential. They need ambitious policy at both a national and international level that will support them in this regard and will catalyze participation from industry at scale.”

The Climate A List 2015, along with the climate scores of all companies publicly taking part in CDP’s climate change program this year, is available on CDP’s website www.cdp.net