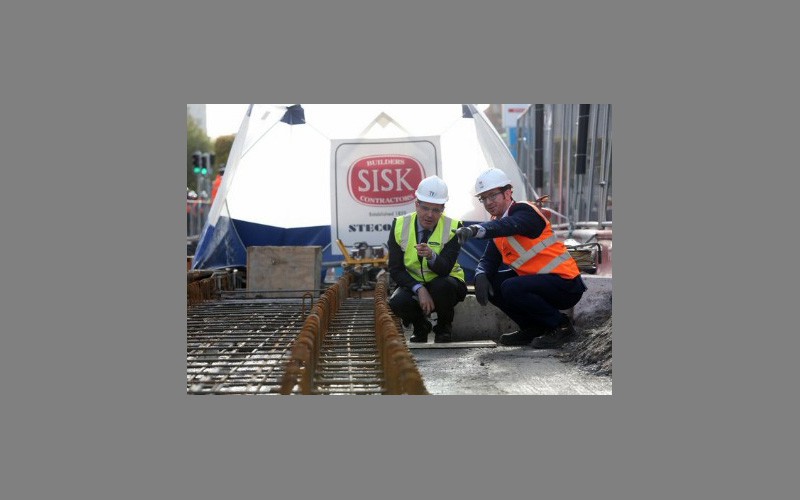 Transport Minister Paschal Donohoe was on O’Connell Street to oversee the first welding of rail tracks for Luas Cross City project on the historic thoroughfare.

The project is due for completion at the end of 2017. It will see an additional 10 million passenger journeys with the extension of the Green Line from St. Stephen’s Green crossing to O’Connell Street and onwards to Broadstone and Cabra. There will be 13 new stops, 8 of which are in the city centre, creating an interchange with the Red Line on O’Connell St and increasing public transport options for people.

“While there is inevitable and unavoidable disruption for people as the project continues, seeing the tracks appear on the streets clearly shows the progress of the project and that it’s becoming a reality. As we approach what we all hope will be a very successful and busy Christmas period for shops and businesses, I am confident that the collaboration between stakeholders will be maintained to keep the city functioning and open for business.”