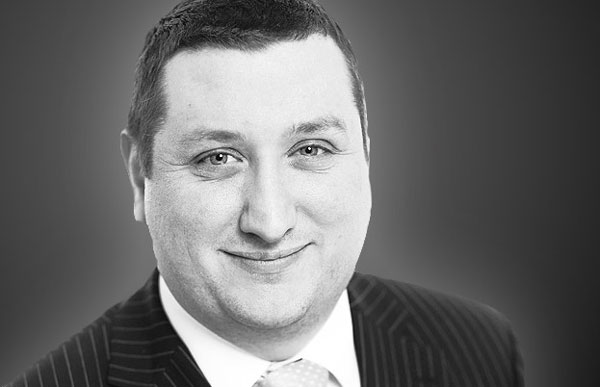 Notwithstanding the above, one data point that I was particularly looking forward to citing in my own reports on the Irish economy this year was the expected return of Irish GDP to pre-crisis levels. In the event, the CSO spoiled the party by announcing at the end of July that, contrary to its previous estimation, this milestone was actually already reached (without anyone noticing!) in the third quarter of 2014.

Perhaps we should have guessed that this was going to happen. While individual Irish economic statistical releases can be (sometimes significantly) distorted by idiosyncrasies relating to the large multinational sector, which demands an element of caution when interpreting them, the key message that we should have taken from examining all of the data was that the economy was expanding at a blistering pace. In the event, Irish GDP soared by a remarkable 5.2% in 2014, putting Ireland second only to The Grand Duchy of Luxembourg in Europe’s growth charts. What an unlikely outcome for a country that, after all, only exited an EU-IMF bailout programme in December 2013.

While we are all familiar with the horrific cost of the economic crisis, the numbers behind the misery suffered by so many of our people still make for stark reading.

At a headline level Ireland’s economy contracted by a tenth in GDP terms between the high water mark (Q4 2007) of the Celtic Tiger era and the Q3 2009 nadir.

The nexus of the problems lay in the construction and banking sectors (on reflection, perhaps we should label those as a single sector, given the extent to which their fortunes were so intertwined during the noughties bubble). Therefore, it is no surprise that some of the most violent adjustments were seen in these areas. Housing completions collapsed from a peak of 93,019 in 2006 to 26,420 three years later (they would eventually trough at 8,301 in 2013, which compares to average annual completions of 32,155 since records began in 1970). The banking sector required a €64bn capital injection from the Sovereign, which would ultimately prove to be a significant contributory factor to the latter’s eventual slide into the arms of the Troika in late 2010.

Turning to the indicators that closely tracked the evolution of the crisis, unemployment vaulted from the 4-5% range it moved within during the later years of the Tiger period to a peak of 15.1% by late 2011, while Ireland’s benchmark 10 year bond yield peaked at 13.99% in the wake of the July 2011 downgrade of the Sovereign to ‘junk’ by Moody’s. Partly due to the cost of recapitalising the banking sector, but also due to the large underlying deficits over the period, the public finances deteriorated sharply, with the ratio of gross general government debt to GDP increasing five-fold between 2007 and 2012.

In net terms, Ireland swung from being an ‘importer’ of people to exporting more than 140,000 (more than the population of Cork City) over the first five years of the crisis. Retail sales imploded by a quarter in volume terms (and by even more in value terms) between the start of 2008 and the start of 2010. Household net worth fell by €277bn (equivalent to about 1.5x Irish GDP) between Q2 2007 and Q2 2012.

The speed and breadth of the economic revival over the past 18 months or so have been as dramatic as the downturn proved to be. GDP has more than regained all of the territory lost in the crash and now stands 4% above the previous all-time high.

Total employment has increased for 11 successive quarters. The latest CSO data show that the recovery in the jobs market is of good quality, with the 3.0% annual growth in employment in Q2 2015 led by full-time jobs (+3.9% y/y), while the number of part-time workers rose by a more pedestrian 0.1% y/y. Last week’s QNHS release also showed that the official unemployment rate is at a six-and-a-half year low of 9.6%.

In a further sign of increased optimism around the prospects for the economy, consumer confidence improved to a nine year high in June. There has been a marked upturn in consumer spending, with retail sales posting 20 successive months of growth on an annual basis. Within the retail sector, we note a particularly strong showing from discretionary sectors – the total number of car sales in the first seven months of 2015 was higher than the annual outturn for any year since 2008, while many other ‘big ticket’ items are also exhibiting strong growth (for example, the volume of furniture sales was +5.9% y/y in Q2 2015). Part of the reason for the recovery in discretionary spending is the wealth effect from rising household net worth, which at €596bn in Q1 2015 has returned to levels last seen in 2008.

The public finances are an obvious beneficiary from the improving trends emanating from across the domestic economy. Overall tax revenues increased by 9.7% y/y in the first seven months of 2015, which is helping to further narrow the fiscal jaws. The ratio of gross general government debt to GDP improved to a four year low of 104.7% in Q1 2015, in part because the improved market perceptions of the Sovereign has allowed the NTMA to use some of the large cash buffer built up during the crisis to retire Troika borrowings. Speaking of market perceptions, Ireland’s 10 year bond yield fell to a record low of 0.65% in April of this year – a far cry from the July 2011 peak of 13.99%. While it is undeniable that Mr. Draghi’s interventions have been a key driver of the bond market, it is worth noting that Ireland has steadily moved up the ‘league table’ of Eurozone yields, leaving the other peripheral countries in its wake. At the time of writing Ireland’s 10 year yield (1.34%) sits below ‘core’ France (1.06%), with the spread between the two having fallen by more than half from the January high of 65bps.

The improving prospects for the banking sector also bode well for the Sovereign. Having already booked a profit on the funds committed to Bank of Ireland, the State looks like it will, at a minimum, break even on its investments in both AIB and ptsb. An unexpected windfall of c. €1bn is also expected to accrue from the successful liquidation of IBRC. Another windfall will come from NAMA which, contrary to most of the predictions made at the time of its establishment, looks like it will deliver a surplus to the Exchequer. NAMA’s official guidance is that it will make a lifetime profit of €1bn, but that seems very light to us given the improvements underway across its end markets.

With many economic indicators back above or approaching pre-crisis levels, it seems inappropriate to describe Ireland as still being in the recovery stage. The economy looks set to grow by more than 5% again this year, putting it firmly in expansion mode. That is not to say that the rising tide has lifted all boats. Household debt and unemployment, in particular, are still unacceptably high, although both are continuing to moderate.

After the economic rollercoaster of the past ten years, what will the future bring? Some politicians have pledged to ‘end the cycle of boom and bust’, but for a small open economy that seems an unrealistic aspiration. Ireland will always be influenced by external developments. The economy has significantly benefited from favourable FX and commodity price moves, along with the ECB’s highly accommodative monetary policies. Any reversal of those factors would be a tailwind for Ireland. Domestically, the main risks revolve around the problems of unemployment and household debt. Another potential banana skin for Ireland is the upcoming General Election, where the polls are pointing to a very fragmented Dáil. As the parties prepare to set out their policy stalls ahead of the next election, perhaps Irish voters should consider another quote from Mr. Einstein – “Learn from yesterday, live for today, hope for tomorrow. The important thing is not to stop questioning”.